Stars and Stripes • September 20, 2022
This story has been corrected. 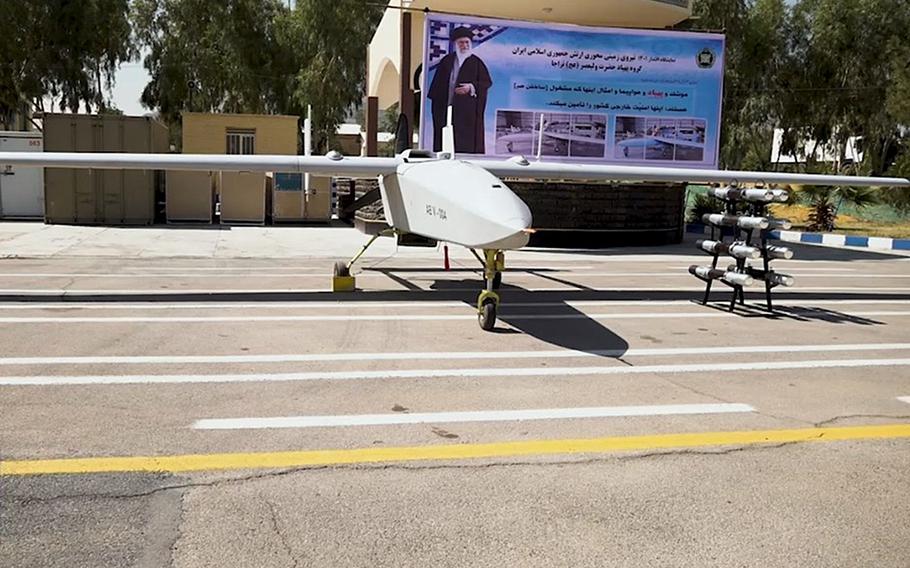 The Air Force is starting a new organization to field-test unmanned systems and artificial intelligence technologies in the Middle East, the service’s top general in the region said.

“It’s a small group of super-empowered airmen that I’m going to provide resources to so they can rapidly innovate and experiment in our literal sandbox that we have in the Middle East,” Grynkewich said at the conference.

The group will resemble the Navy’s Task Force 59, which has tested commercially available, relatively inexpensive unmanned surface vessels on missions in Middle East waters since its founding last year.

Detachment 99 would collaborate with Task Force 59, Grynkewich said. It also could work with the Air Force Academy, where Grynkewich is working to get funding for cadets to build drone systems, he said.

The group initially will look to test multiple short-range surveillance systems that are “below the million-dollar price point, preferably in the thousands” of dollars, Grynkewich said. Aerial drones are capable of skirting radar and surveillance systems, especially when multiple militaries are involved that may not be able to share information quickly, he said.

Detachment 99 would start with a small in-house active duty AFCENT team of about 10 people, said Capt. Kayshel Trudell, spokeswoman for the 9th Air Force. Trudell added that the Air Force is looking for volunteers.

Neutering the Iranian aerial drone threat and regaining full air superiority in the Middle East is a priority for the Air Force in the region, Grynkewich told Stars and Stripes in a July interview.

Various systems to counter specific drones exist but don't always work well together in the face of Iranian drones, which are some of the most advanced in the world, the general said.

U.S. officials are looking into whether an Iran-affiliated militia was behind a rocket attack that targeted a U.S. base in northeast Syria on Sunday night, which U.S. Central Command said did not cause casualties.

U.S. forces in Syria also have seen “troubling” behavior from Russian forces in the region in recent months, with transport planes and fighter jets flying over U.S. troops without any warning, Grynkewich said. He attributed that to the personal motivations of some Russian officers.

“Generals who were in charge of certain aspects of the Ukrainian invasion have been sent into Syria as their follow-up assignment because of their failure in Russia, and I believe some of those Russian leaders are trying to rebuild their reputation,” Grynkewich said.

This story has been updated to correct the rank of Lt. Gen. Alexus Grynkewich.