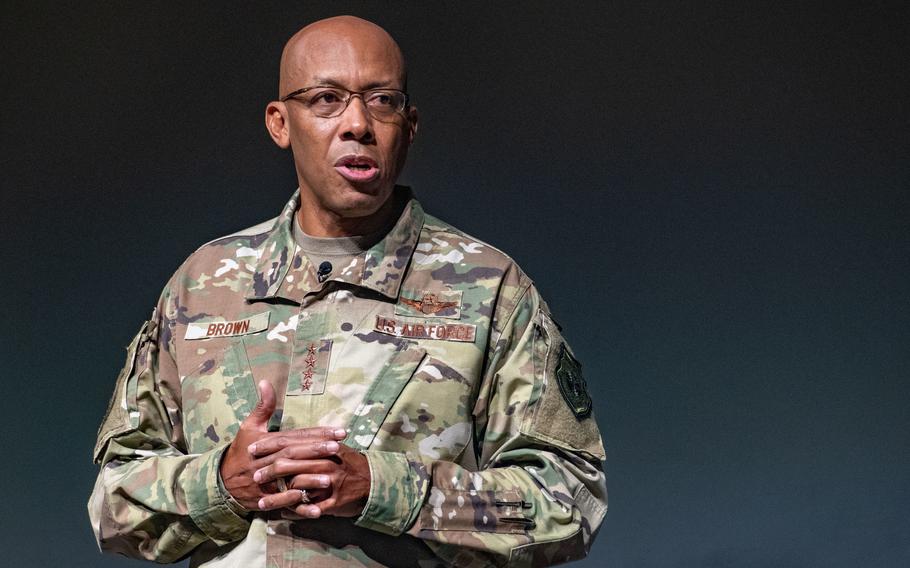 Senior U.S. officials acknowledged Wednesday that the United States and its allies are considering whether to provide Ukraine with new fighter jets and the training needed to operate them, a move that would dramatically expand Western involvement in the war with Russia.

Gen. Charles Brown, chief of staff of the U.S. Air Force, said that although he would not speculate what type of aircraft might be transferred, discussions are ongoing about how to reinforce Ukraine's fleet, including with new planes. The Ukrainian air force has been outgunned by Russia since the invasion began Feb. 24, sparingly flying an assortment of MiG jets and other Cold War-era planes.

Brown said there are several possibilities, including American-made fighters or some made in Europe. Options include the Gripen fighter made in Sweden, the Rafale made in France, and the Eurofighter Typhoon, which is built by a consortium of companies in several countries.

"It'll be something non-Russian, I can probably tell you that," Brown said during an appearance at the Aspen Security Forum in Colorado. "But I can't tell you exactly what it's going to be."

The discussion marks a departure from earlier in the war, when the Biden administration ruled out facilitating a deal what would have sent some of Poland's MiG fighters to Ukraine in exchange for U.S.-manufactured F-16s. Pentagon officials said in March that such a proposal was not "tenable" and raised the possibility that participating in the swap could exacerbate tensions. Secretary of State Antony Blinken said that European allies had a "green light" to send planes to Ukraine, but that the United States wanted to avoid direct conflict with Russia.

The prospect of training Ukrainian pilots to operate new aircraft already has traction in Congress; last week the House voted to dedicate $100 million to the endeavor as part of its version of the annual defense authorization bill. Thus far, however, Pentagon leaders have declined to endorse such a plan.

"There's been no decisions on any of that," Gen. Mark Milley, chairman of the Joint Chiefs of Staff, said Wednesday during a news conference alongside Defense Secretary Lloyd Austin. "But we do examine a wide variety of options, to include pilot training."

Austin and Milley spoke with reporters following the latest meeting of international military leaders working to bolster Ukraine's defenses, both in the near term and for what many foresee will be a years-long standoff with Russia. Austin indicated that, for now, the Biden administration's priority remains the artillery war Ukraine's troops are waging in the country's east.

Adding any modern fighter jets to Ukraine's military would mark a massive upgrade. Ukrainian officials have, for months, sought ways to bolster the country's air force, which has flown sparingly during the war and must maneuver around Russian surface-to-air missiles.

Brown, the top U.S. Air Force general, said the discussion is partly about "understanding where Ukraine wants to go and how we meet them where they are."