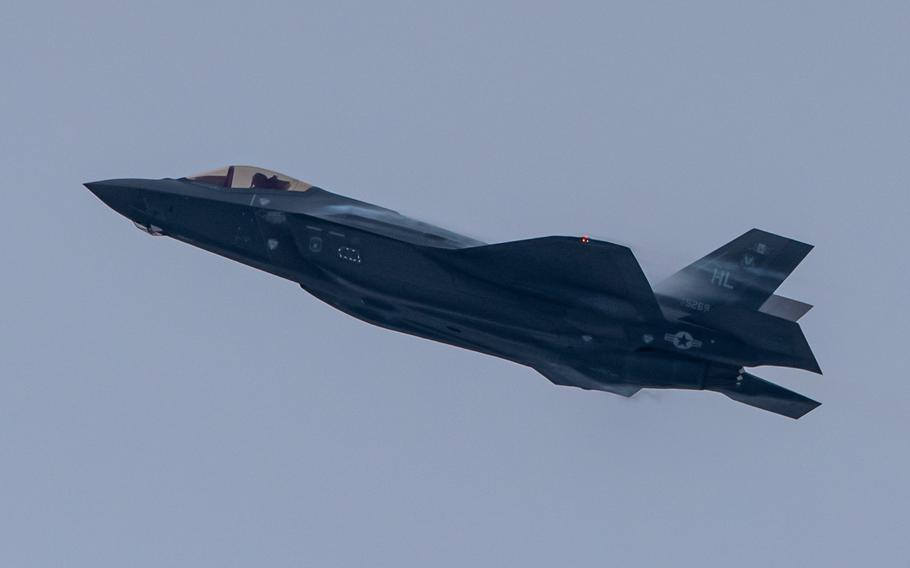 An F-35A Lightning II tears through the sky over Hill Air Force Base during a demonstration practice Jan. 21, 2020, at Hill AFB, Utah. The F-35 Demo Team is scheduled to perform at the the 2022 Legacy of Liberty Air Show and Open House event, May 7-8. (Kippun Sumner/U.S. Air Force)

HOLLOMAN AIR FORCE BASE, N.M. (Tribune News Service) — Holloman Air Force Base leadership released its plans for the 2022 Legacy of Liberty Air Show and Open House event scheduled for May 7-8.

Legacy of Liberty is one of 22 air shows where the F-35A demonstration team will perform in 2022.

“The F-35A Demonstration Team is composed of approximately 15 active duty maintenance and support Airmen assigned to 388th Fighter Wing and selected through an application process for their excellence in their respective jobs,” according to the 388th Fighter Wing. The Army Black Daggers, Special Operations Command Parachute Demonstration Team, jumps into Wellstar East Cobb Hospital as part of the Army's salute to health care workers on June 24, 2020. The Black Daggers are scheduled to be part of the Holloman Air Force Base Legacy of Liberty Air Show and Open House event May 7-8, 2022. (Amy King/U.S. Army)

The Air Force Academy Wings of Blue parachuting team has two teams: a demonstration team and a competition team.

“The demonstration team travels across the country to airshows, sporting events, and other venues to represent the Air Force in precision parachuting,” according to the Air Force Academy. “Similarly, the competition team represents the Air Force by competing with teams from around the country in 6-way speed formations, 4-way relative work, 2-way free fly, and sport accuracy.”

For more information about Legacy of Liberty contact the 49th Wing Public Affairs Office at (575) 572-7381 or 49wg.paoffice@us.af.mil.