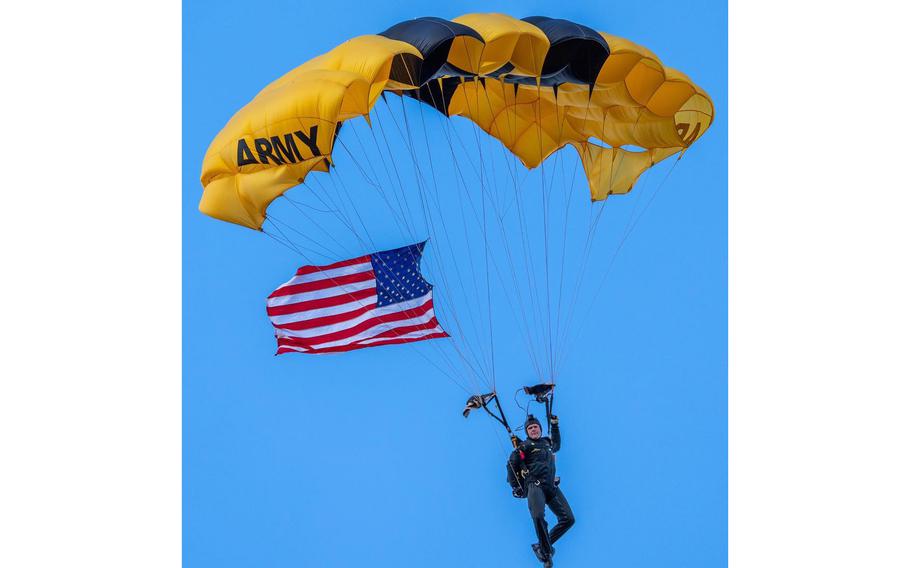 (Tribune News Service) — It happened so fast, and with a few dicey-looking moments.

Nearing the end of Tournament of Roses Parade on Saturday, Jan. 1, 2022, attention turned from colorful floats and marching bands to the sky.

With oohs and aahs from a supportive grandstand crowd adjusting their gaze, parade spectators watched as the four Knights fell to the sky — a couple of whom took some breathtaking 360-tumbles in the air.

As they descended, social media caught on, as concerned emerged that at least one of them might have flown into a tree.

But right smack at the corner of Orange Grove Boulevard and Colorado Street, one by one, the four landed on a landing mark set up for them just feet away from spectators.

All in a day’s work. With some stoic waves, the team gathered their parachutes, picked up their landing pad. And just like that, they exited stage left.

All appeared safe and sound.