‘It crushes you when they go’: Handler remembers big-hearted military working dog 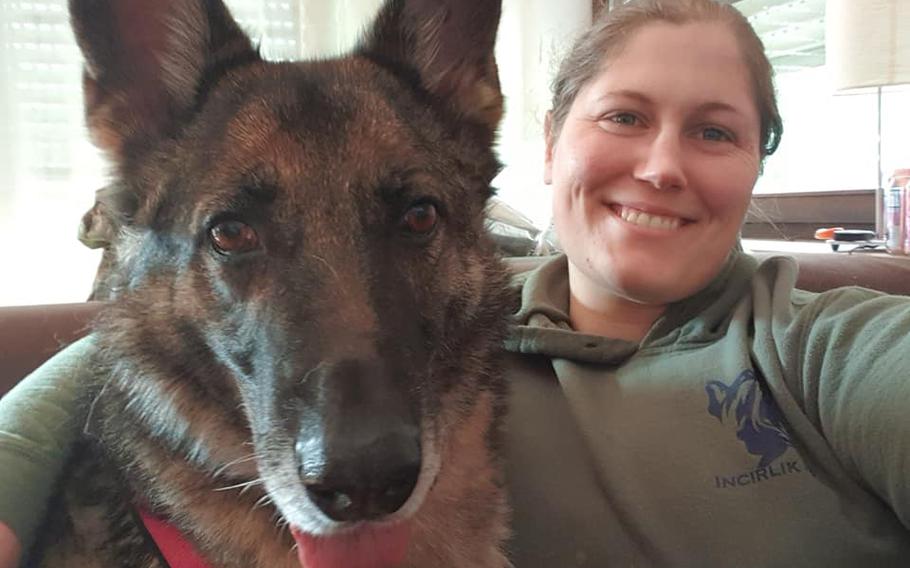 Bora and one of her handlers at Spangdahlem Air Base, Germany, Staff Sgt. Adrienne Dunham. The pair deployed to Incirlik Air Base in Turkey and went on missions in Paris and Brussels during the 18 months they worked together, from 2016-2017. (Adrienne Dunham)

She worked hard, played hard and devoted her entire life to the U.S. military.

And Bora, a military working dog from Spangdahlem Air Base, “literally and figuratively had the biggest heart,” her former handler said days after the German shepherd died at age 12.

Bora’s heart was three to four times larger than a normal German shepherd’s, said Staff Sgt. Adrienne Dunham, who worked with Bora for 18 months starting in 2016 and adopted her when she was medically retired last year.

Veterinarians had discovered during a pre-deployment checkup that Bora had a heart defect, Dunham said.

“They noticed she had a heart murmur, and when they looked into it, they saw her heart was enlarged, one of her valves was defective, a bunch of different stuff,” said Dunham, who was with the 52nd Security Forces Squadron when she worked with Bora. “They don’t know how they didn’t catch it before because she’s had it all her life.” 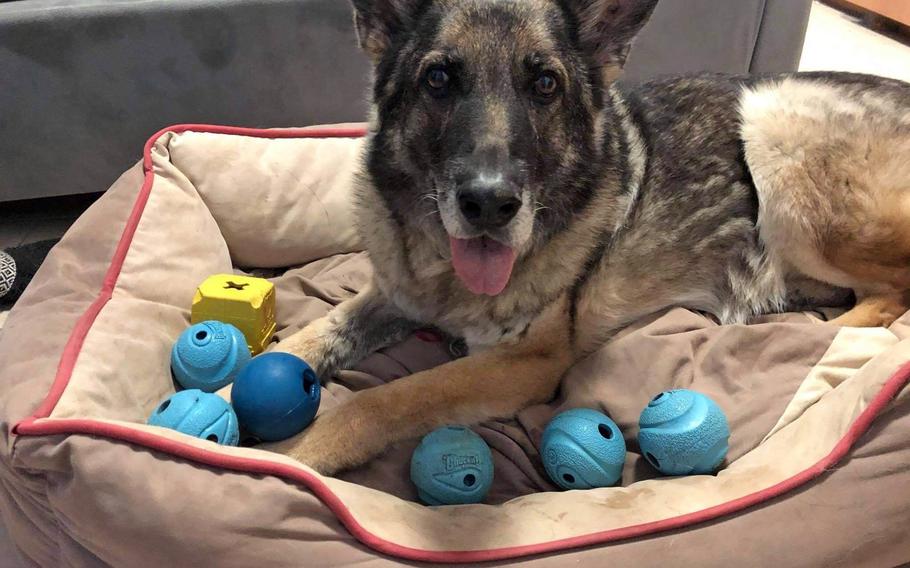 Bora, a 12-year-old German shepherd, who worked as an explosive detection dog with the 52nd Security Forces Squadron at Spangdahlem Air Base, Germany, is surrounded by toys at the home of the American family, the Gerbers, who adopted her in 2020. Bora was retired after veterinarians found she had a heart condition. (Christine Gerber) 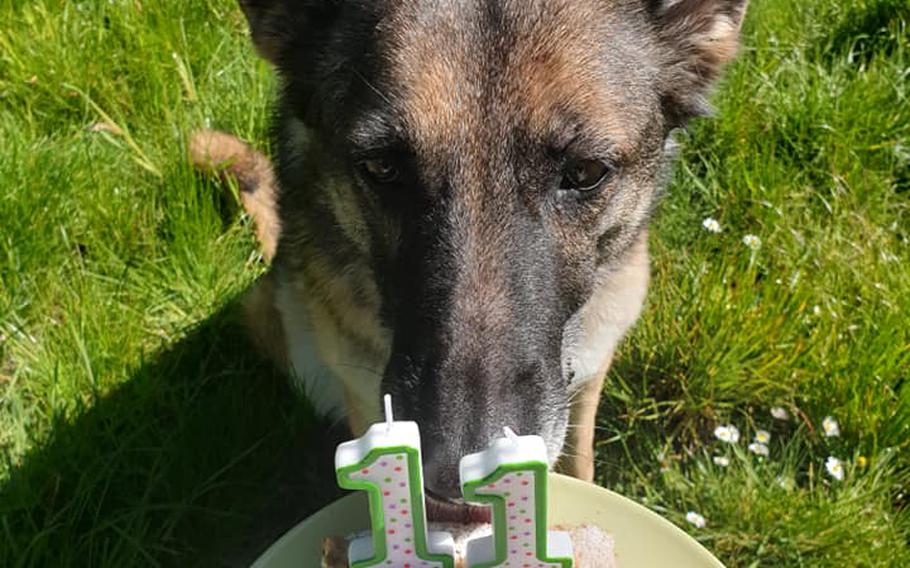 Military working dog Bora eyes a cake on her 11th birthday, April 15, 2020. Bora was medically retired that year and adopted by her handler at Spangdahlem Air Base in Germany, Staff Sgt. Adrienne Dunham. (Adrienne Dunham)

Not only was her heart physically large, but Bora was also “powered by love,” Dunham said.

“She did biting for a while as a patrol dog but never really enjoyed it, so they made her an explosives detection dog,” Dunham said.

“A lot of people, when they see a working dog, they see a big, scary dog that bites and think that’s all they do or care about,” she added. “But working dogs are cuddly, sweet and intelligent.”

Bora continued to thrive after her diagnosis but was medically retired last year at age 11.

Her daily routine switched from working to sleeping on Dunham’s couch, playing with her favorite dog toy and going to the park.

When Dunham returned to the U.S. in September, Bora couldn’t go with her because of her heart condition, so she went to live with the Gerbers, an Air Force family stationed at Spangdahlem. Military working dog Bora on the job at Spangdahlem Air Base, Germany. The German shepherd didn't like patrol work because of the biting involved and was moved over to explosives detection, said her former handler, Staff Sgt. Adrienne Dunham. (Christine Gerber)

Her heart had grown since her last visit to the cardiologist a few months earlier. It spanned five of Bora’s ribs, Christine Gerber said.

Vets put her on the maximum dosage of medication, but she blacked out every few minutes, her heart unable to pump enough blood around her body. She died at the end of July.

Dunham was devastated when she learned of Bora’s death, she said by phone from Albuquerque, N.M., where she is assigned to the 377th Security Forces Group.

“It crushes you when they go,” she said. “But I’d never do anything else. Working dogs are amazing creatures.”