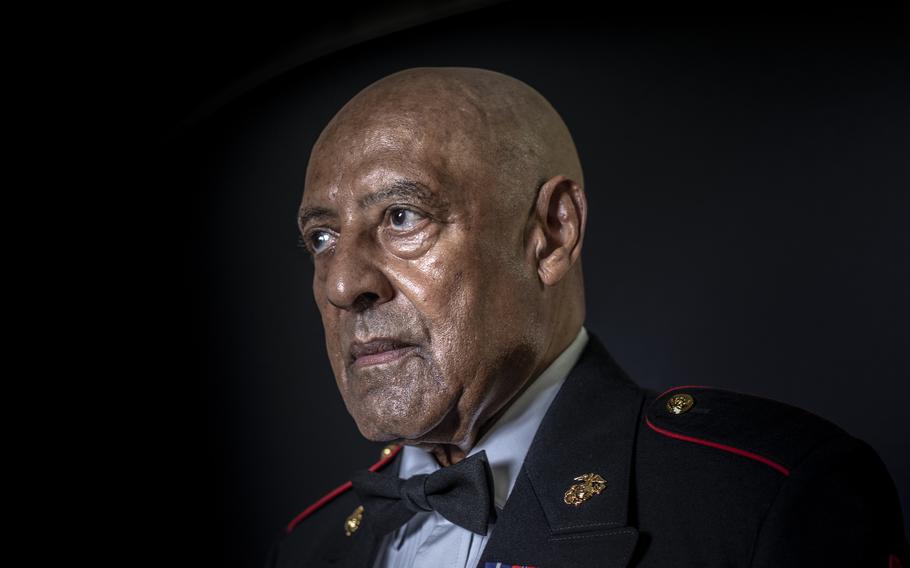 John Lee Canley, a Marine Corps gunnery sergeant who was belatedly awarded the Medal of Honor in 2018 for his actions in the Battle of Hue during the 1968 Tet Offensive in Vietnam, died Wednesday. He was 84.

As gunnery sergeant for Alpha Company, 1st Battalion, 1st Marines, 1st Marine Division, Canley “fought off multiple vicious attacks as it rapidly moved along the highway toward Hue City to relieve friendly forces that were surrounded by enemy,” the citation states.

Despite being wounded, Canley “repeatedly rushed across fire-swept terrain to carry his wounded Marines to safety,” according to the citation.

Canley took command after his commander was wounded and led the company into Hue, where he “set up a base of fire and maneuvered with a platoon in a flanking attack that eliminated several enemy positions,” the citation states.

During a fierce firefight at a hospital compound on Feb. 6, Canley scaled a wall in full view of the enemy — twice — in order to carry wounded Marines to safety, the citation states.

“In 1953, at age 15, John used his brother’s paperwork to enlist in the United States Marines,” President Donald Trump said during the Marine’s Medal of Honor ceremony at the White House on Oct. 17, 2018.

“John served in South Korea and Japan, before shipping out to Vietnam for more than five years of intense combat,” Trump said.

Trump quoted John Ligato, one of Canley’s fellow Marines, as saying, “You followed him because he was a true leader. He was totally fearless. He loved his Marines, and we loved him back.”

Canley was initially awarded the Navy Cross for his heroism, but a lengthy campaign by Marines in Alpha Company, spearheaded by Ligato, led to the upgrade. John Lee Canley, a Marine Corps gunnery sergeant who was belatedly awarded the Medal of Honor in 2018 for his actions during the Battle of Hue during the Vietnam War, died May 11, 2022, in Bend, Ore., age 84. (Congressional Medal of Honor Society)

The idea was sparked during a reunion of the 1st Battalion in the early 2000s, Ligato said in a 2018 essay in Leatherneck magazine.

“When the Gunny walked into the hospitality suite, heads turned and all conversations ceased,” Ligato wrote of the gunnery sergeant. “The Marines of Co A gathered around Canley and began reminiscing. All had a Gunny Canley story and the majority included Canley doing something heroic. There were six or seven eyewitnesses to the Gunny carrying wounded Marines to safety, the Gunny confronting enemy automatic weapon positions, and many testimonials of, ‘You saved my ass, Gunny.’”