Virginia veteran, business owner establishes nonprofit to help other veterans and their families 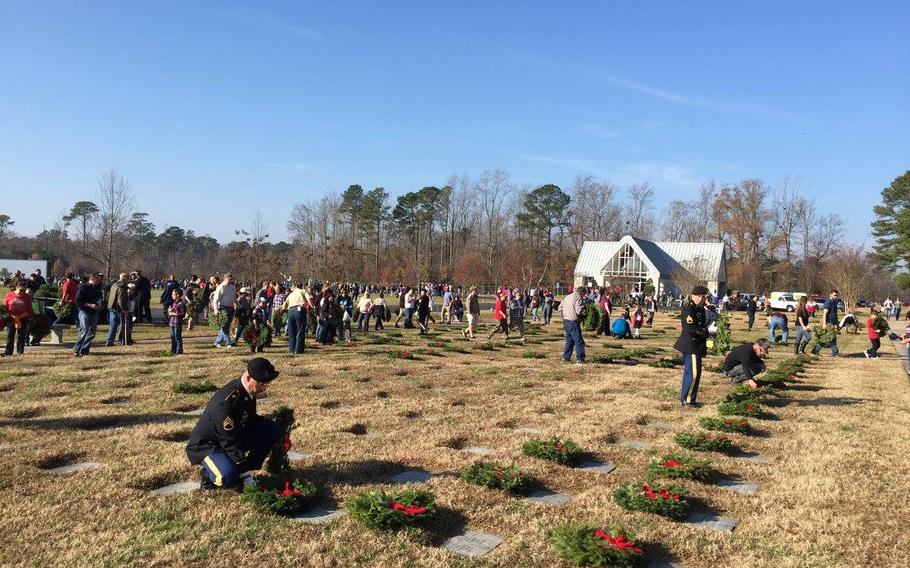 In April, Navy veteran Mike Ihrig started the nonprofit MITS-GIVES Inc. to honor and support veterans, their families and the Hampton Roads community through fundraising and volunteering. The organization is well under way with its first project: the creation and establishment of an honor guard corps at the Albert G. Horton Jr. Memorial Veterans Cemetery in Virginia.  (Albert G. Horton Jr. Memorial Veterans Cemetery/Facebook)

(Tribune News Service) — For years, Mike Ihrig has been one of many volunteers who place 13,000 live evergreen wreaths on the graves of veterans during the holidays at the Albert G. Horton Jr. Memorial Veterans Cemetery.

As acting vice president of the Horton Wreath Society, Ihrig learned that only 10% of the roughly 1,500 veterans interred each year at the Suffolk cemetery receive their full funeral military honors. Ihrig, CEO of Chesapeake-based MI Technical Solutions, plans to change that.

“It’s really not fair to the veterans being buried because they’re not getting the honors they deserve,” he said. “So, we said, let’s step in, let’s step up and let’s see what we can do.”

A retired Navy chief warrant officer 4, Ihrig said he hopes someone will do it for him one day. It’s been more than two decades since he retired and 18 years since he started his company on his dining table. The company, which provides information technology support to the Navy, has grown to 100 employees around the world and 62% of them are veterans.

In April, he started the nonprofit MITS-GIVES Inc. to honor and support veterans, their families and the Hampton Roads community through fundraising and volunteering.

The nonprofit currently accepts donations to support the Alzheimer’s Association, America’s VetDogs, Equi-Vets and GET Empowered CDC and is committed to increase each donation by adding 10%.

The organization is well under way with its first project: the creation and establishment of an honor guard corps at the cemetery. MITS-GIVES partnered with the Virginia Department of Veterans Services, the entity that operates the cemetery.

Ihrig assures — once the corps is fully established — each veteran’s family requesting full military funeral honors will receive them. That includes the folding and presenting of the U.S. burial flag, playing of taps and a three-round ceremonial rifle volley, commonly known as a 21-gun salute.

Ihrig needs to recruit about 200 volunteers — retirees and veterans — to serve in the honor guard.

“It takes a team to do that, and then obviously, they all have to be trained and practice it to look sharp,” he said.

Donations have poured in for the building of a 16-by-36-foot, single-story support facility at the cemetery to house the guard along with their rifles and ammunition. Fittingly, the corps and accompanying building are anticipated to be in place by Memorial Day next year.

“I’m honored to get the process rolling,” Ihrig said.

Daniel Gade, commissioner of the Virginia Department of Veterans Services, said in a news release that with the creation of the honor guard, the agency will be able to fulfill the sacred obligation due to each veteran.

“This is just another demonstration of the commitment and generosity of the Hampton Roads community,” Gade said. “Our community partners are critical to our mission to honor and serve our veterans.”