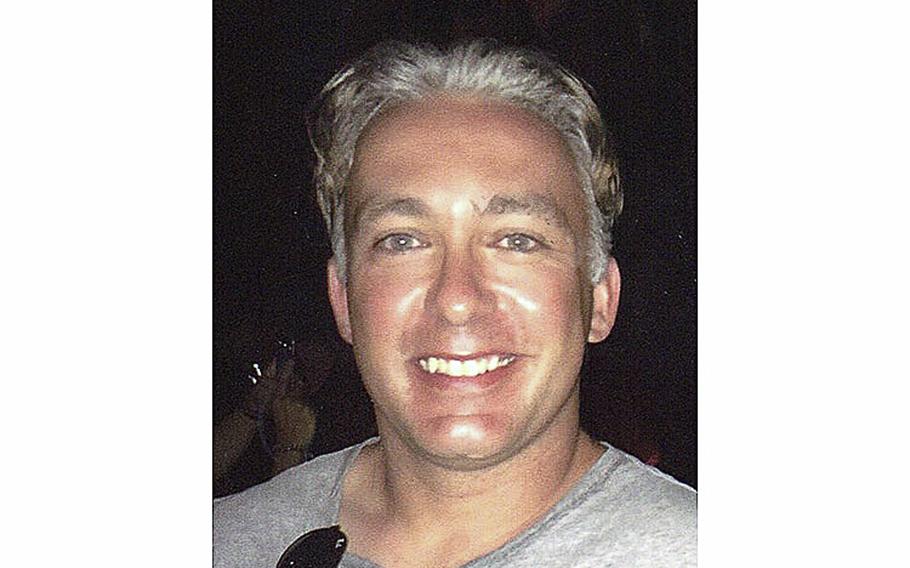 (Tribune News Service) — At Venezuela’s most notorious prison, in a section known as the “House of Dreams,” military intelligence officers torture inmates in the hope of breaking their spirit. But Matthew Heath refused to break.

Nearly two years into his detention, the American Marine Corps veteran was still resisting his captors, breaking cameras and microphones that littered prison corners and talking back to his guards. Early on he had refused to attend sham court hearings in protest of his prison conditions. By June of this year, he had resorted to his Marine training in an effort to shock the Venezuelans and demand renewed U.S. attention to his case.

Heath kicked out a pipe from his prison cell toilet, and used it to smash off a shard of porcelain from the toilet bowl. He cut along his left arm and allowed the blood to run. “I knew that if I didn’t cut an artery, but if I bled a lot, that it would look bad, but that my life wouldn’t actually be in danger,” Heath told McClatchy and the Miami Herald in his first interview since his release.

The ruse worked. Heath’s apparent suicide attempt forced Venezuelan officials to rush him to the hospital, granting him access to a phone and prompting the U.S. special envoy for hostage affairs, Roger Carstens, to fly down to Caracas to plead for his humanitarian release. He remained in prison for several more months. But Carstens’ trip established the basis for a major prisoner swap earlier this month in which Venezuela released seven Americans, including Heath, in exchange for the U.S. release of two prominent Venezuelans convicted of drug trafficking.

At 6 a.m. on Oct. 1, Heath was told to pack up and get dressed. He was going home. He didn’t quite believe it until he was boarding a small plane, bound for the tiny island of Canouan in St. Vincent and the Grenadines, where the exchange would take place.

“It was emotional — it was like out of a movie. It was this complex procedure for exactly how the prisoner exchange was supposed to go,” said Heath, who likened the moment to the bridge of spies in Germany used for prisoner exchanges in the Cold War. “We had to be confirmed that we were on the plane, and that, basically, no one was lying to anybody.”

Carstens boarded the plane to confirm their identities before the two prisoners in U.S. custody — nephews of Venezuelan President Nicolás Maduro — were allowed to leave a U.S. jet and escorted to a Venezuelan aircraft. It was then the Americans’ turn. They were given strict instructions of exactly where to walk as they disembarked the Venezuelan plane and walked toward the U.S. jet.

Their plane arrived at a U.S. military base in San Antonio, Texas, late that evening, and Heath’s family greeted him at a hospital there the following day. His mother and aunt were speechless as they hugged him for the first time in years.

“It’s like Christmas every day,” Heath said of being home in Tennessee. “It is incredible. I’m overwhelmed with joy.”

The potential of a prisoner exchange sat on President Joe Biden’s desk for several months as White House aides debated the consequences of such a large swap. As anticipated, after the exchange took place, Venezuelan opposition activists and Venezuelan Americans in the United States decried the deal as an incentive for Maduro to continue detaining Americans for political gain.

Heath understands why the deal has been criticized. “I’m sad that this deal was necessary. But it was necessary,” he said, praising Biden for having the courage to make the decision. “The broader issue is that U.S. citizens are being targeted around the world, specifically in Venezuela, as pawns in the relationship — and that is a direct threat to any U.S. citizen.”

After leaving the Marines, Heath spent his life savings on a boat, hoping to start a new tourism business in the Caribbean. But the boat kept breaking down as he and two friends sailed to Cartagena. In the late summer of 2020, the others took the boat to Aruba while Heath stayed behind in Colombia to see friends.

“I was in Colombia, and the whole country was closed because of quarantine,” he said. “I was trying to get to Aruba. And somebody suggested to me, ‘if you just come with me to a fishing village just on the other side of the border, there are fishing boats that go to Aruba every day.’”

Heath believes he was lured into Venezuela by its intelligence forces — and shares the suspicion held by U.S. officials and the families of other detainees that Caracas is intentionally entrapping Americans to use them as leverage in talks with Washington.

“Once we crossed into Venezuela, I was immediately detained,” he said. “I believe I was a victim of Venezuelan intelligence.”

Heath was charged with espionage and participating in actions to destabilize the government, and transferred to the prison of Venezuela’s military intelligence unit, the DGCIM, where he said he was subjected to a range of torture techniques, including electrocution, forced nudity, stolen food, cold water baths and threats of rape.

His treatment improved when he was placed under the care of the Ministry of Prisons, and he was able to speak through the window of his jail cell to other American prisoners being held along the hallway. They all knew they were constantly recorded, and were explicitly warned that talking politics would result in punishment. But idle chatter still helped them pass the time.

“I made a little joke every Sunday, and that’s kind of how I would track the week. I would call out in the hallway, and I would say, ‘I have some very important news,’” Heath said. The others would cry back out for the latest. “And I would say, ‘I think, this week, we’re gonna get some good news.’”

He did not see the faces of many of the friends he made in that hallway. But leaving several behind was difficult nevertheless.

“I’ve been in that situation before — I’ve been there when Americans went home,” he said. “Even though you’re happy for that person to go home, it’s still hard, because it’s not you.”

At least six Americans remain in Venezuelan custody who are suspected of being detained for political purposes.

“We’re not going to stop until they are free,” Heath said.

In Heath’s hometown of Maynardville, Tennessee, with a population of just 2,400, a parade down Main Street celebrated his return. Schools let out early and the road was lined with neighbors, flashing signs welcoming Heath home as his father drove him through the crowd.

Heath said he has been “completely focused” on his family since his return, spending most of his first week home with his son.

But his passion for nature, and particularly for the ocean, were not lost over his two years in captivity. He still dreams of running an ecotourism company despite his life savings being depleted.

“I’m at step one of restarting my life. But as long as I’m breathing, I’m winning,” Heath said.

“My dream is to be a charter boat captain, and I’m not going to let this negative experience change my life and take that dream away from me,” he said. “And I’m sure that one day soon, I’ll get another boat and I’ll get back to my business.”

If that day comes, Heath says he will make sure to steer far clear of Venezuela’s coast.

“I will give it a wide berth.”