Extorted and tortured, an American prisoner in Venezuela awaits action from Biden 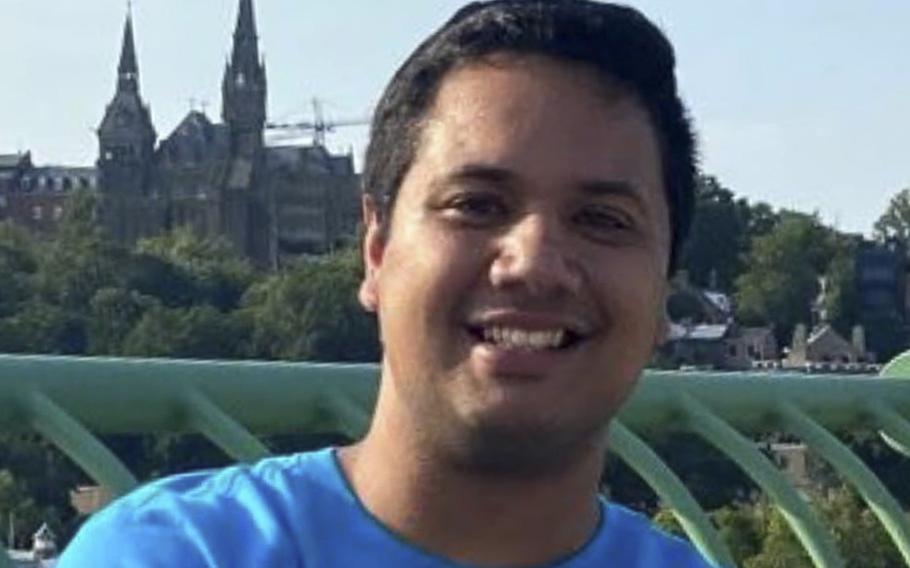 (Tribune News Service) — Tania Valdes says she first learned her son was being held hostage when she received a call in January from an anonymous group asking for money.

Her son, Osman Khan, a 24 year-old U.S. citizen, had been working remotely for months from the small city of Bucaramanga in Colombia, living with a college friend after graduating from the University of Central Florida. Around Christmas, Khan told his sister that he had started dating a girl there, and that the relationship was getting serious. But he did not mention that he planned on crossing the Colombian border to visit her family in Venezuela.

On the night of Jan. 17, Valdes says the anonymous group sent her a video showing Khan apprehended in a nondescript office. They sent her voice messages of Khan pleading for help.

The group initially asked Valdes for $1,200 to secure Khan’s freedom. On the advice of friends and family, she negotiated them down to $600, to send his captors a message that they could not ask for more. She transferred the funds. They asked for more anyway.

Huddling with family in her Winter Garden home, Valdes decided to act. “One of the phone numbers that called me had a picture on the profile,” Valdes told McClatchy, sharing Khan’s story publicly for the first time. “My family and I began investigating on our own. We started going through social media in Venezuela, looking through pictures, searching for names.”

From bits of information on the Whatsapp and Zelle accounts used by their extortionists, Khan’s family pieced together that his captors were members of the Venezuelan National Guard. On Jan. 18, she confronted them with what she had learned. Two painful days of silence passed before she heard that Khan had been transferred into the custody of the DGCIM, Venezuela’s military intelligence force.

“This is very hard for me. Doing this makes me nervous, I’m not going to lie to you,” Valdes said about going public. “But I want to do this because I want the public to know that Venezuela is holding a kid hostage. My son is just a kid.” 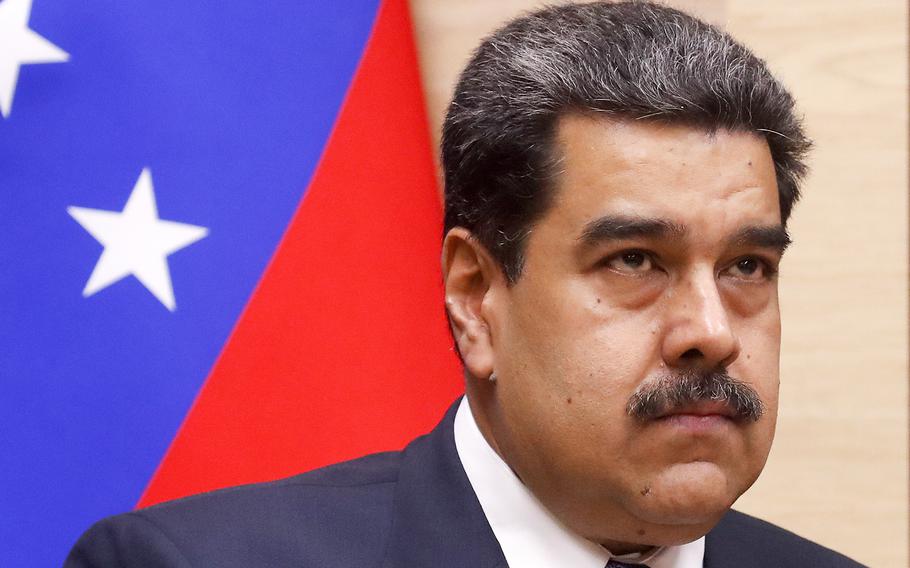 Khan is one of over a dozen Americans currently detained by the government of Nicolás Maduro in Venezuela. That number has swelled over the past year — and U.S. officials are concerned that Caracas is deploying increasingly aggressive tactics to lure and entrap U.S. citizens at its borders, extort their families on the false promise of their return and use them as pawns to draw concessions from Washington.

In the eight months since Khan’s detention, he has been waterboarded, electrocuted, starved for a five-day period, forced to stand for hours and strapped down against his will, his family said.

Roger Carstens, the U.S. special envoy for hostage affairs, was able to secure the release of two Americans held in Venezuela in March. He returned from his most recent visit to Caracas in June with a proposal from Maduro for a prisoner swap that has been at the White House ever since.

A source familiar with the negotiations over prisoners in Venezuela said Maduro’s general offer came in two parts. Venezuela could either release all of the Americans in its custody, in exchange for all Venezuelans detained in the United States, or the two could agree on a partial swap with fewer prisoners freed.

The FBI has opened an investigation into the extortion of Khan’s family.

At least one more American has been detained in recent weeks as the White House has considered Maduro’s proposals, drawing ire from the families of detainees.

“I believe that Maduro wants something from President Joe Biden, and we’re just waiting,” Valdes said. “Meanwhile, my son is being held hostage while they make a decision.”

LURED TO THE BORDER

Khan has told his mother that his girlfriend, a Venezuelan national who had been working at a nightclub in Colombia, first broached the subject of a trip to Venezuela when her father visited her in Colombia for New Year’s Eve. After Khan expressed concerns that the trip might be unsafe, she called her half-brother, a member of the Venezuelan National Guard, for guidance.

“He told her that it was okay for them to go to Venezuela — that they have Americans crossing over all the time, and nothing happens to them,” said Valdes, who has been able to speak with her son throughout his detainment. “He asked where they were planning to cross from, what day and what time, and that information was provided to him.”

Valdes does not think Khan’s girlfriend was involved in a scheme to entrap him — the girlfriend continues to visit Khan on Saturdays to bring him food and books — but she is convinced her half-brother was. “I believe that her half-brother sold my son,” she said.

Still, the episode fits a pattern that has increasingly concerned the Biden administration.

Four U.S. officials told McClatchy and the Miami Herald that at least three cases involve American men being lured from Colombia into Venezuela without proper documentation by women.

At the end of August, the U.S. Embassy in Bogota issued a warning of “dangerous conditions and threat of detention along the Colombian-Venezuelan border.”

Millions of Venezuelans have fled for refuge in Colombia amid their country’s ongoing economic and political crisis. Khan’s girlfriend was not arrested upon her arrival in Venezuela alongside him, and she has not returned to Colombia.

Everett Rutherford, the uncle of Matthew Heath, a former U.S. Marine detained in Venezuela over the last two years, said that Khan is one of several cases of Americans suspected of being entrapped.

“We know of at least two more” in addition to Khan, Rutherford said. “For those two families, a hook was found that enticed those individuals to cross the border into Venezuela.”

Heath’s family was extorted over $25,000 before running out of money, only to be told that he, too, was in DGCIM custody. Heath attempted suicide in June, prompting Carstens to rush to Caracas in an attempt to secure his freedom. The Venezuelans refused.

“For any person, there’s a hook that will work. And it seems that they’ve become very good at finding those hooks,” Rutherford said.

When Khan, a finance graduate with a focus on commercial real estate, was first detained at a land border crossing on Jan. 15, his family was told he was charged with terrorism, human trafficking, and conspiracy.

A judge dismissed two of the charges against him at a hearing on Jan. 21. But Khan still faces a conspiracy charge and is waiting for a trial date.

Khan’s physical health has taken a toll since the DGCIM began torturing him eight months ago. An image of him provided to the family by Carstens after a recent visit showed that Khan has lost significant weight. And Khan has begun experiencing regular seizures, frightening his family and forcing his guards to rush him to the hospital multiple times.

“He’s having memory loss,” said Jasmin Khan, Osman’s sister. “He’s one of the smartest people I know. He reads in his free time, and now he’s not able to recount what happened the last night.”

Jasmin Khan has been joining her mother for weekly briefings from Carsten’s team since the hostage affairs office determined he was wrongfully detained on June 3. Valdes was thankful to receive a visit from Carstens to her Florida home in July, when she took the presidential envoy into Khan’s room.

“Osman lived with us, his parents, at home,” she said. “I took them to Osman’s bedroom. I took them to see the books that Osman likes to read.”

Valdes believes that Carstens’ office is doing all that it can to bring her son home. “But I think they have exhausted their means,” she said. “The decision has to come from higher up.”

With his deteriorating health, Khan’s family fears he is running out of time.

“I would like to ask President Biden to please make a decision,” Valdes said. “We hear that the White House knows what Maduro wants. Then why wait?”

“We need them to make a decision,” she added.