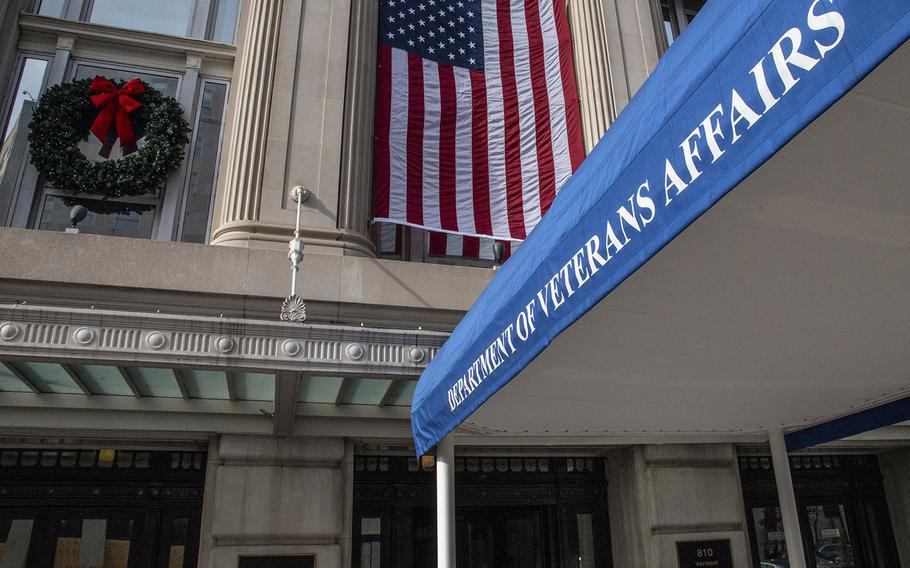 WASHINGTON — Nine Republican senators have written a letter to Department of Veterans Affairs Secretary Denis McDonough urging the agency fulfill its promise to provide health care to veterans in a timely manner based on guidelines in the Mission Act.

"Veterans across the country are subject to unacceptably long waiting periods to receive care or have appointments continually rescheduled because the Department of Veterans Affairs refuses to follow guidance and statute created by the Mission Act," according to the letter dated Thursday. "Veterans deserve access to quality health care and the VA's failure to do so and willful disregard for established standards is unacceptable.”

The Mission Act was approved in 2018 to expand veterans’ access to private doctors, legislation that former President Donald Trump commonly referred to as “veterans’ choice.” The Veterans Community Care Program was created under the VA Mission Act and the program went into effect in 2019, replacing the previous VA Choice Program. VA Choice was established in response to the 2014 VA wait-time scandal when it was discovered more than 200 veterans died while waiting for appointments.

“Community care eligibility is not arbitrary, but rather contained within federal regulations as part of VA Mission Act,” the VA said in a prepared statement. “Even when eligible, veteran experience data has shown us that the vast majority prefer to receive care at VA. We are proud of our work fully implementing the VA Mission Act — meeting both the letter and intent of the law to expand access to care for veterans through our community provider network. Since VA Mission Act implementation, more than 3 million veterans have received care in the community, including through emergent and urgent care options.”

The intent of the VA Choice program was to lessen veterans’ wait for health care by sending them to private-sector doctors when they live far from a VA facility or can’t get an appointment. The new Veterans Community Care Program aimed to expand on VA Choice. However, according to a U.S. Government Accountability Office report in September 2020, it remained uncertain whether the VA Choice program was working.

The report found the VA never established a maximum amount of time that veterans should have to wait to receive care from private-sector doctors through the agency’s new community care program. The lack of standards for the program meant veterans had to wait indefinitely for care, the GAO wrote in the report. Without a wait-time goal, the success of the program is impossible to measure.

“I can't even fathom how much higher VA’s community care expenditures would be if the program was operating perfectly efficiently and effectively,” Brownley said.

In addition to delayed times, the senators’ letter also requested the VA schedule briefings and provide data. At the hearing last week, Brownley said VA community care officials had provided monthly briefings, but those briefings came to an abrupt halt due to the coronavirus pandemic and have yet to resume despite repeated requests from the House VA committee staff.

“The VA’s lack of responsiveness has only amplified our concerns with the community care standards and worsened the frustrations of our veterans,” Daines said in a prepared statement. “The heroes who have served our nation deserve reliable, efficient care when they return home, and I will keep working to ensure that is a reality. We need answers and clarity from the VA immediately.”