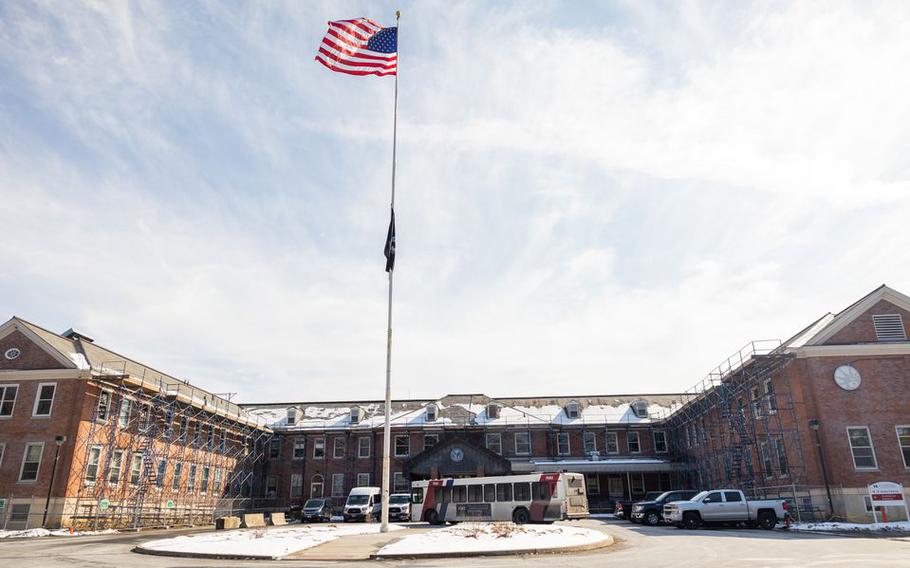 (Tribune News Service) — Nearly every member of Massachusetts’ federal delegation has signed onto a letter asking the secretary of Veterans Affairs to reconsider recommending the closure of the Northampton VA hospital, saying they are prepared to take their concerns all they way up to President Joe Biden “if necessary.”

“We are very concerned that this recommendation could jeopardize veterans’ access to high quality, specialized care that the veterans living in Central and Western Massachusetts deserve,” congressmen, led by U.S. Rep. Jim McGovern wrote in an April 14 letter to the U.S. Department of Veterans Affairs Secretary Denis McDonough.

It could mean the roughly 21,000 veterans who rely on the Northampton hospital for medical care would have to travel to far-off facilities to access care.

“Of particular concern is that many veterans would now need to travel at least two-hours round trip to receive care at VA medical centers in West Haven, Connecticut; Eastern Massachusetts; or Albany, N.Y.,” McGovern and other members wrote. “Due to health status, advanced age, or lack of public transportation, far too many of the approximately 21,000 veterans who currently receive care at [the Northampton VA hospital] would be unduly burdened.”

Rep. Seth Moulton, a veteran, was the only member of the Massachusetts congressional delegation not to sign onto the letter.

Moulton did not immediately respond to questions from MassLive as to why he was refrained from joining his Democratic colleagues.

The U.S. Department of Veterans Affairs in a March 14 report recommended closing its nearly century-old medical center in Northampton, a move that could relocate nursing home care and rehabilitation programs to a VA facility in Newington, Connecticut, while transferring outpatient and mental health services to a VA clinic in Springfield and community providers.

Officials in the report cited “significant facilities maintenance issues,” as a driving factor for its recommendation for closure.

Built in 1923 and also known as the Edward P. Boland VA Medical Center, the Northampton facility would require at least $121 million in renovations to bring it to modern standards, according to VA estimates.

But McGovern in his letter argued the recommendation for closure “doesn’t accurately reflect the medical center’s current standing or future potential because it largely relied on old data from FY2015 through FY2018.”

Since then, $108.4 million has been invested in completed or ongoing renovation and modernization projects at the facility, members stated. Another $93 million in future upgrades are planned, they said.

“The VA has already made significant investments to the facility and closure would be a waste of those improvements,” the members wrote.

Findings and recommendations based on VA’s nationwide analysis are submitted to the Asset and Infrastructure Review Commission, an independent, bipartisan group that will then make its own recommendations to President Joe Biden early next year.

The Biden administration plans to hold public hearings and meetings with veterans and labor groups, lawmakers, community providers and academic partners, according to the White House.

McGovern is set to host an informational listening session on Wednesday, April 20 at the Florence VFW Post 8006 at 18 Meadow St. in Northampton, to hear from local veterans and their families about how such a closure would impact them and share the next steps he is taking to protect the Leeds VA medical center.

McGovern has said that he will bring the concerns he hears “directly to VA Secretary McDonough and, if necessary, President Biden.”

“We have serious concerns that closing the [ Northampton VA hospital] would be inconsistent with the Veterans Health Administration’s stated mission of honoring America’s veterans by providing exceptional health care that improves their health and well-being,” McGovern and the other delegates wrote, asking the secretary to “carefully review” the considerations.