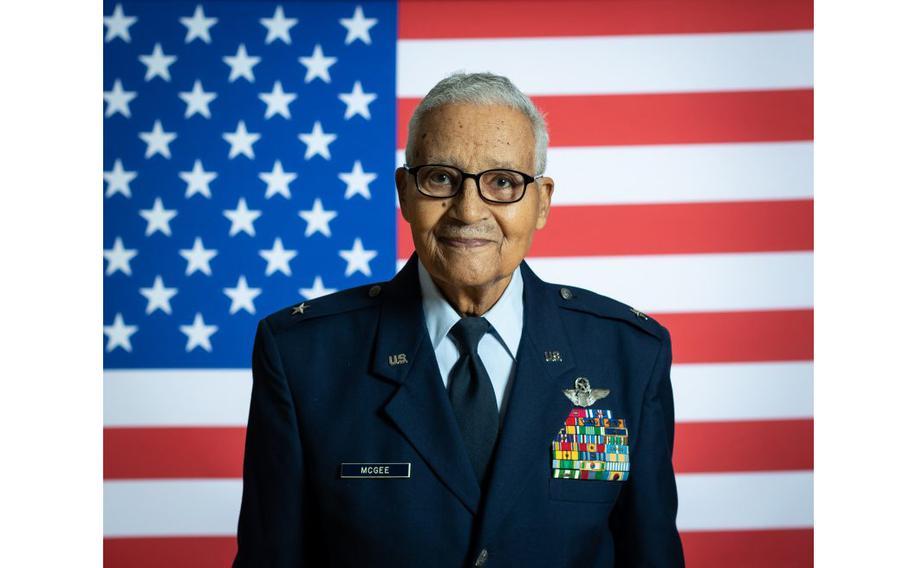 Over the course of his 30-year career in the Air Force, Charles McGee fought in three wars and became the first Black man to command a stateside Air Force wing and a base in the integrated Air Force. McGee died Sunday at 102. (U.S. Air Force)

WASHINGTON — Charles McGee, a Tuskegee Airman who flew 409 fighter combat missions over three wars and later helped to bring attention to the Black pilots who had battled racism at home to fight for freedom abroad, died Sunday. He was 102.

McGee died in his sleep at his home in Bethesda, Md., said his son, Ron McGee.

After the U.S. entry into World War II, McGee left the University of Illinois to join an experimental program for Black soldiers seeking to train as pilots after the Army Air Corps was forced to admit African Americans. In October 1942 he was sent to the Tuskegee Army Air Field in Alabama for flight training, according to his biography on the website of the National Aviation Hall of Fame.

"You could say that one of the things we were fighting for was equality," he told The Associated Press in a 1995 interview. "Equality of opportunity. We knew we had the same skills, or better." 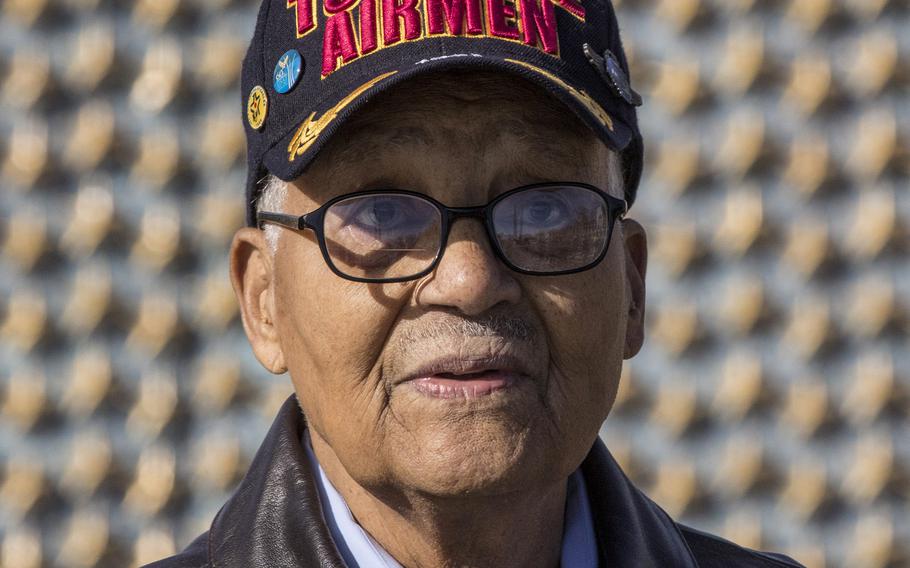 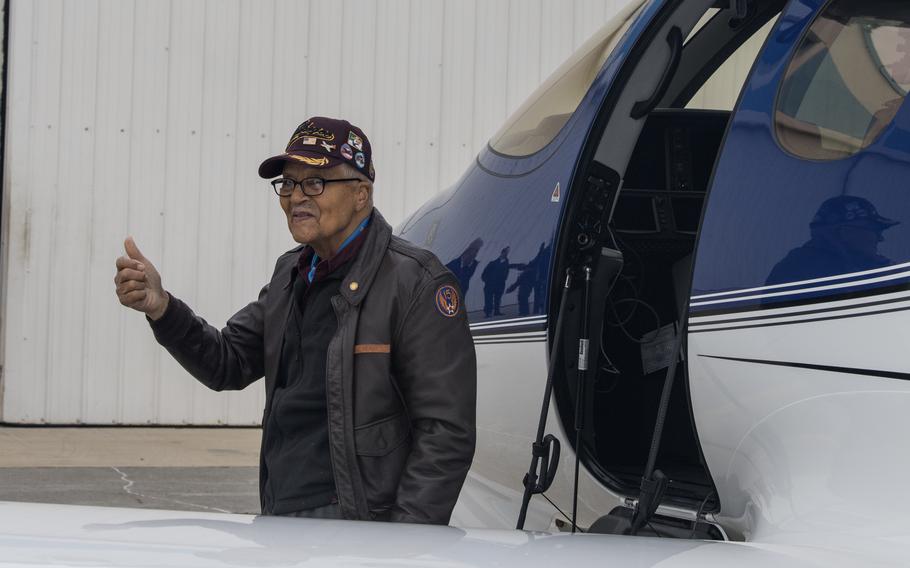 McGee graduated from flight school in June 1943 and in early 1944 joined the all-Black 332nd Fighter Group, known as the "Red Tails." He flew 136 missions as the group accompanied bombers over Europe.

In recent years the Tuskegee Airmen have been the subject of books, movies and documentaries highlighting their courage in the air and the doubts they faced on the ground because of their race. In 2007 a Congressional Gold Medal, the highest civilian award from Congress, was issued to recognize their "unique military record that inspired revolutionary reform in the Armed Forces."

McGee remained in the Army Air Corps, later the U.S. Air Force, and served for 30 years. He flew low-level bombing and strafing missions during the Korean War and returned to combat again during the Vietnam War. The National Aviation Hall of Fame says his 409 aerial fighter combat missions in three wars remains a record.

He retired as a colonel in the Air Force in 1973, then earned a college degree in business administration and worked as a business executive. He was accorded an honorary commission promoting him to the one-star rank of brigadier general as he turned 100. Another event marked his centennial year: He flew a private jet between Frederick, Md., and Dover Air Force Base in Delaware.

In 2020, McGee drew a standing ovation from members of Congress when introduced by President Donald Trump during his State of the Union address.

In addition to encouraging young men and women to pursue careers in aviation, McGee was a source of information about the Tuskegee Airmen and offered a unique perspective on race relations of the era through the airmen's nonprofit educational organization.

"At the time of the war, the idea of an all African American flight squadron was radical and offensive to many," McGee wrote in an essay for the Smithsonian National Air and Space Museum.

"The prevailing opinion was that blacks did not possess the intelligence or courage to be military pilots. One general even wrote, 'The Negro type has not the proper reflexes to make a first-rate fighter pilot.' The Tuskegee Airmen certainly proved men like him wrong."

Charles Edward McGee was born Dec. 7, 1919, in Cleveland, the son of a minister who also worked as a teacher and social worker and was a military chaplain. He graduated from high school in Chicago in 1938.

Survivors include daughters Charlene McGee Smith and Yvonne McGee, 10 grandchildren, 14 great-grandchildren and a great-great grandchild. His wife of more than 50 years, Frances, died in 1994.

A family statement described McGee as "a living legend known for his kind-hearted and humble nature, who saw positivity at every turn."

"While I am saddened by his loss, I'm also incredibly grateful for his sacrifice, his legacy, and his character. Rest in peace, General," Austin wrote.

In his Smithsonian essay, McGee wrote that he was often asked why the Tuskegee Airmen were so successful in combat.

"I would say it was because of our courage and perseverance," he wrote. "We dreamed of being pilots as boys but were told it was not possible. Through faith and determination we overcame enormous obstacles. This is a lesson that all young people need to hear."

He added: "I am most proud of my work as a Tuskegee Airman that helped bring down racial barriers and defeat the Nazis."