EDWARDSVILLE, Ill. (Tribune News Service) — Clayton Cope, 29, of Alton, was a decorated Navy veteran and the first of the six victims of a tornado in Edwardsville to be identified.

Cope's mother, Carla Cope, told the Daily Beast that she urged her son to seek shelter when the tornado warning was issued. But, she said, Clayton insisted instead that he needed to alert others at the Edwardsville Amazon distribution facility.

"He had a big heart and he was a very sweet man," Cope told the Daily Beast.

Clayton Cope had worked at Amazon for just over a year as a maintenance mechanic, his mother told CNN.

According to the article in the Daily Beast, Cope enlisted in the Navy in 2010 and served as an aviation electronics technician. Among the decorations he received was the Defense Service Medal and the Global War on Terrorism Expeditionary Medal. 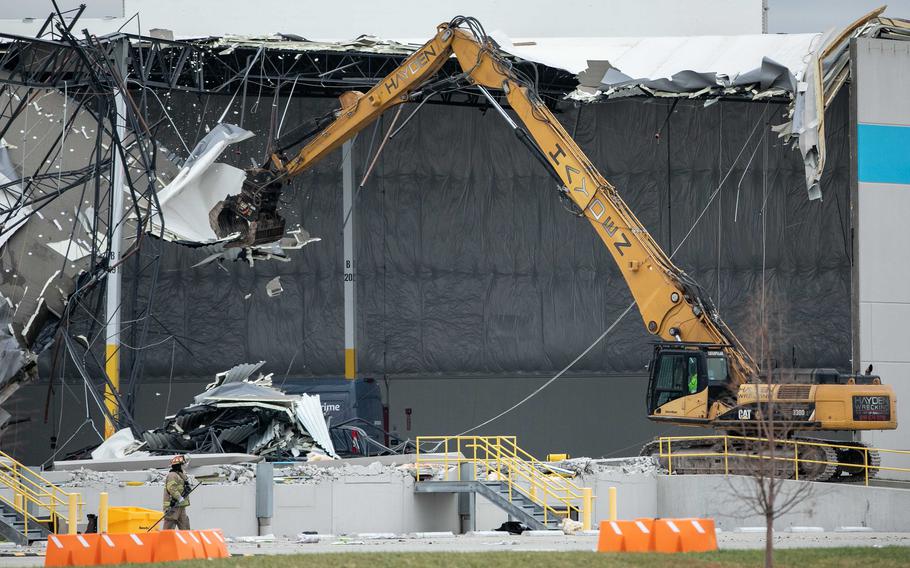 Crews use an excavator to pull down pieces of a damaged roof during search and rescue operations at the Amazon distribution center in Eadwardsville, Ill., on Saturday, Dec. 11, 2021, after overnight severe storms caused the building to partially collapse. (Daniel Shular, St. Louis Post-Dispatch/TNS)