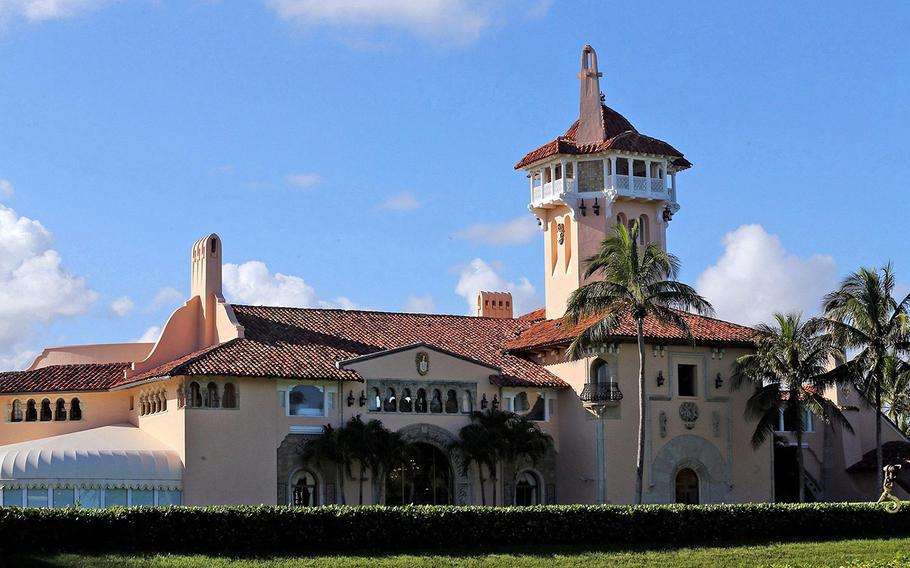 WASHINGTON — The Department of Veterans Affairs acknowledged in a letter Thursday that three members of former President Donald Trump’s Mar-a-Lago resort had “unusually pervasive access” to VA officials during his administration.

The three men, Marvel Entertainment Chairman Ike Perlmutter, lawyer Marc Sherman and Bruce Moskowitz, a Palm Beach doctor, “sought to exert influence” over government initiatives, the VA conceded. None of the men have experience in the U.S. military or government.

The letter was signed by VA Deputy General Counsel Michael Hogan. It was sent as part of a legal case between the VA and VoteVets, a liberal-leaning advocacy group. VoteVets filed a lawsuit in 2018 that claimed the “Mar-a-Lago Three” broke the law by not adhering to the Federal Advisory Committee Act, an open government law that requires transparency of outside advisory groups.

The VA's letter was part of an agreement between the department and VoteVets to settle the case. Following the letter Thursday, both parties agreed to dismiss it. VoteVets and Democracy Forward, which filed the lawsuit with VoteVets, declared it a victory.

“The Mar-a-Lago council was a poster child for the kind of pervasive corruption throughout the Trump administration, and had we not stepped in, the undue influence of Donald Trump’s clubhouse friends could have hurt our veterans in a lot of ways,” Jon Soltz, VoteVets chairman, said in a statement Friday. “We also have sent the message that no future administration should try this again. Let qualified people, who understand the needs of our veterans, run the VA.”

The department didn’t admit any wrongdoing and maintained in its letter that the three men didn’t constitute an advisory committee and they weren’t subject to the Federal Advisory Committee Act.

The VA did acknowledge “even the appearance of these individuals’ access to the VA during the previous administration may have been concerning to VoteVets and to the public.” The department thanked VoteVets for bringing attention to the matter.

“The issues of appropriate engagement and influence are important to the department,” according to the letter. “The department thus appreciates VoteVets raising its concern, as well as its continued work on behalf of veterans and their families.”

The letter and dismissal of the case follows the results of a congressional investigation that determined the three Mar-a-Lago members pursued personal interests, exerted dominance over White House staff and violated federal law while acting as advisers for the VA.

The House Oversight and Veterans’ Affairs committees released the results of their 19-month investigation in September.

According to the committee’s findings, Moskowitz discussed the possibility of monetizing the VA patient database, suggesting Johnson & Johnson, Apple and CVS could profit from access to the VA’s electronic medical records. Moskowitz worked with then-VA Secretary David Shulkin to award a consulting contract to the former president of Moskowitz’s nonprofit foundation to explore the idea.

The committees also found the Mar-a-Lago members exerted dominance over the White House staff members who were tasked with implementing policies for veterans. In one instance, Perlmutter directed White House employees to stop working on projects that overlapped with what he, Sherman and Moskowitz were doing, according to the House committees.

The Government Accountability Office also investigated the influence the three men exerted over the VA.

Perlmutter, Sherman and Moskowitz were involved in hundreds of email exchanges with VA officials, frequent phone calls and at least five in-person meetings from 2016 to 2018, according to the GAO. Three top VA officials — none of whom still work at the department — communicated with the men through private email accounts.

“The creation of the Mar-a-Lago council as a shadow operation stripped our nation’s veterans of what they deserve: professional leadership by qualified public servants who understand their concerns,” Karianne Jones, senior counsel for Democracy Forward, said in a statement Friday.