The House Oversight and Veterans’ Affairs committees released results Monday of a 19-month investigation into Marvel Entertainment Chairman Ike Perlmutter, lawyer Marc Sherman and Bruce Moskowitz, a Palm Beach doctor, who were empowered by Trump to serve as advisers and organizers at the VA from 2016 to 2018 despite not having experience in the U.S. military or government.

Maloney and Takano claimed the men violated the Federal Advisory Committee Act, which is an open government law that requires transparency of outside advisory groups.

VoteVets, a liberal-leaning advocacy group, filed a lawsuit in 2018 that claimed the “Mar-a-Lago Three” broke the law. In response, the government has argued the men didn’t constitute an advisory committee and weren’t subject to the Federal Advisory Committee Act.

Maloney, who is the chairwoman of the House Oversight Committee, argued Monday that the situation calls for bolstering the Federal Advisory Committee Act to close loopholes in the law. She introduced a bill this year that would apply the law to more groups, including subcommittees and committees established by contractors.

“The committees’ investigation demonstrates the need for Congress to pass the Federal Advisory Committee Transparency Act, which would ensure the American people know who is providing advice to federal policymakers and would require agencies to disclose whether individuals on advisory committees have conflicts of interest,” Maloney and Takano said in a statement issued Monday.

Perlmutter, Sherman and Moskowitz were involved in hundreds of email exchanges with VA officials, frequent phone calls and at least five in-person meetings from 2016 to 2018, according to the Government Accountability Office, which also investigated the situation. Three top VA officials — none of whom still work at the department — communicated with the men through private email accounts.

After being introduced to the leaders of Johnson & Johnson, Apple and CVS Health by Jared Kushner and Ivanka Trump — members of Trump’s family who worked in the White House — the three men met with the companies on behalf of the federal government. They engaged with the companies about developing a platform for veterans’ medical records, creating a joint public awareness campaign against veteran suicides and expanding care for veterans at CVS clinics.

According to the committee’s findings, Moskowitz discussed the possibility of monetizing the VA patient database, suggesting that Johnson & Johnson, Apple and CVS could profit from access to the VA’s electronic medical records. Moskowitz worked with then-VA Secretary David Shulkin to award a consulting contract to the former president of Moskowitz’s nonprofit foundation to explore the idea.

“It is unclear what steps, if any, the VA took to implement this initiative,” according to the committees’ findings.

The committees also found the Mar-a-Lago members exerted dominance over the White House staff members who were tasked with implementing policies for veterans. In one instance, Perlmutter directed White House employees to stop working on projects that overlapped with what he, Sherman and Moskowitz were doing, according to the House committees.

The lawsuit against the three men is ongoing. The US. District Court of the District of Columbia dismissed the case in 2019, saying the group didn’t meet the qualifications for an advisory committee under the Federal Advisory Committee Act. However, the U.S. Court of Appeals overturned the ruling in March, stating VoteVets laid out “sufficient facts” to continue the case. 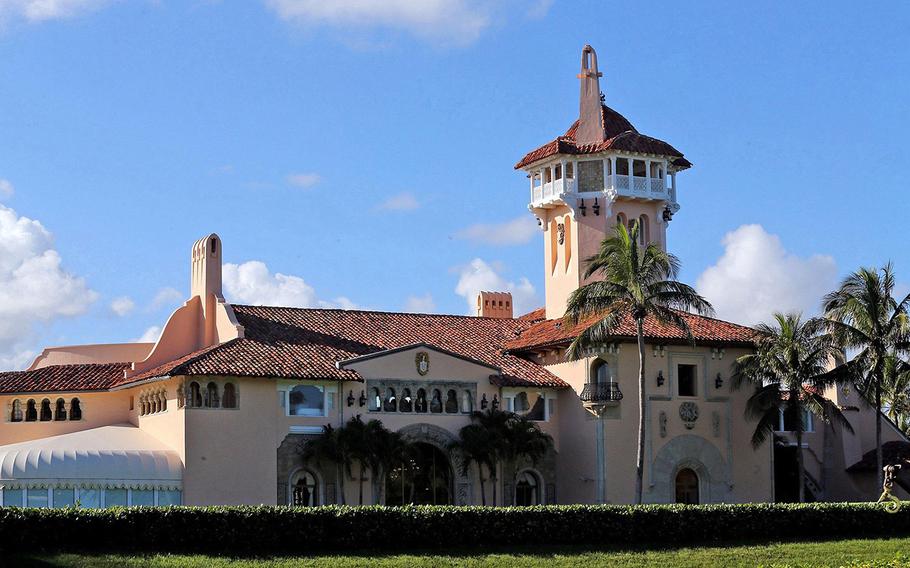