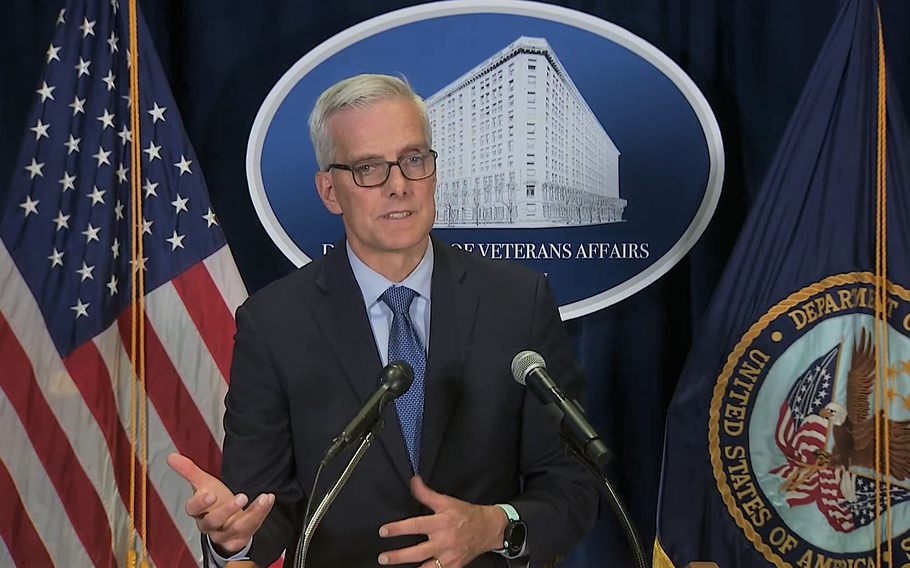 The VA was the first federal agency to mandate that its employees be vaccinated against the coronavirus. There are 420,000 employees at the agency, and most workers had until Oct. 8 to provide proof of vaccination to their local VA Occupational Health Office.

So far, about 70% of employees have shared their vaccination status with the VA. The department didn’t provide data Wednesday about how many employees had been vaccinated. McDonough said he would provide updates on those numbers as they became available.

The disciplinary process has begun for those employees who are refusing vaccines or who haven’t shared their vaccination status, he said. Undergoing counseling is the first step in the process, followed by several other measures before employees are terminated if they continue to refuse vaccines.

“If they choose not to do it, and after our disciplinary process continue not to do it, they’ll be fired,” McDonough said. “It starts with counseling and ends with separation.”

Employees were allowed to request exemptions from the mandate for health or religious reasons. It was unknown Wednesday how many exemptions had been filed, but McDonough said the number of requests for religious exemptions was larger than those who sought exemptions for the flu vaccine last year.

McDonough said he might deny some of those requests if faced with a situation of “undue hardship.” That might occur if there aren’t enough vaccinated health care workers to treat veterans, he said.

VA officials are trying to determine the locations and job duties of employees who might refuse vaccines. The agency could use its authority to move other VA employees to regions where hospitals and clinics could become short-staffed, McDonough said.

“We’re looking really hard at it,” he said. “We’re trying to get a sense as best we can where people might be and what the nature of employment might be so we’re in a position to do that.”