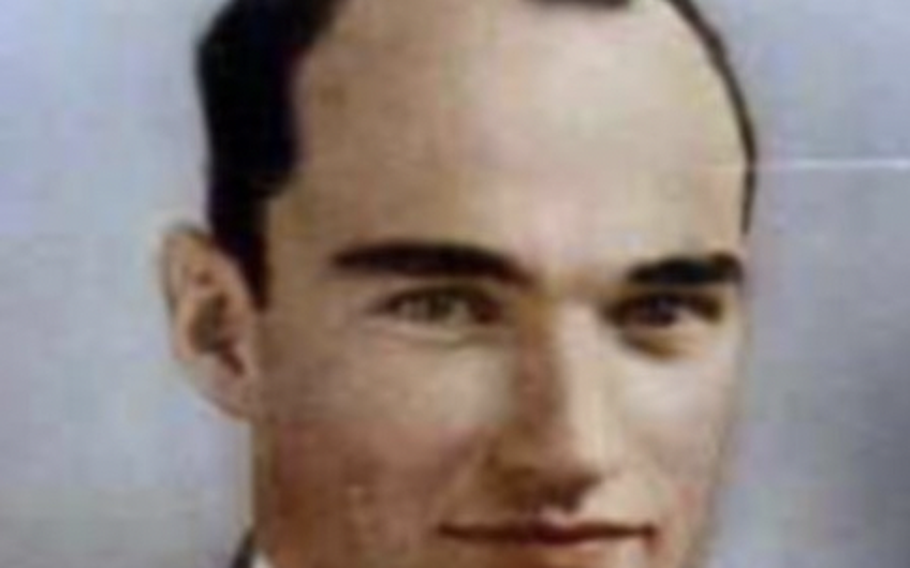 SPANISHBURG, W.Va. (Tribune News Service)— On Christmas Day 1941, the Bluefield Daily Telegraph ran an article about a local father receiving the sad news that one of his sons, a sailor in the United States Navy, was missing.

Sidney Harrison Wimmer of Glenwood Park was informed in a message from Rear Admiral Randall Jacobs that his son, Fire Controlman 1st Class Bernard Ramon Wimmer was “missing following action in the performance of his duty and in the service of his country.”

The Wimmer family received this message on Christmas Eve. The United States has just entered World War II, and secrecy regarding troop and ship movements were in place already. News and condolences from the Navy came with a word of caution.

“The department appreciates your great anxiety and will furnish you further information properly when received,” Admiral Jacobs said in the message. “To prevent possible aid to our enemies please do not divulge the name of his ship of station.”

After 80 years, it’s safe to reveal this information. Bernard Ramon Wimmer, 28, of Spanishburg was a sailor aboard the battleship USS Oklahoma, and the action was the Japanese bombing of Pearl Harbor on Dec. 7, 1941. Today his obituary is being published in the Daily Telegraph, and many years after making the ultimate sacrifice for his country, Wimmer is on his way home.

Many of the men lost aboard the Oklahoma could not be identified using the forensic science of the day. Wimmer was buried with his shipmates, the “Unknowns,” at the National Memorial Cemetery of the Pacific. In 2015, he was disinterred with other Oklahoma casualties as part of the Navy’s effort to identify them.

One of Wimmer’s nieces, Betsy Porterfield of Speedway, was born in 1963 and never knew her uncle. Her mother, Betty Snider of Speedway, is Wimmer’s only living sibling. Porterfield donated DNA along with her brother, Terry Snider and a cousin, Eddie Wimmer.

“The timing was really something else,” Porterfield recalled, adding that the family had hoped that Bernard Wimmer’s remains could be found before all of his siblings had passed away.

“Then it got down to mom and we finally did hear something,” she said.

Bernard Wimmer’s name is on a bench that’s part of the Gold Star Families Memorial that was dedicated in October 2020 next to the Memorial Building in Princeton. On Oct. 13, 2020, about a week before the dedication ceremony, Betty Snider received a call from the Department of the Navy telling her that her brother’s remains had been identified.

Terry Snider of Laurens, SC, was born in 1956 and did not know his uncle, but he became interested in him.

“For some reason, I took an interest in what happened to him at a very young age; and when I was in high school I researched everything I could find about Pearl Harbor and particularly, the Oklahoma,” Snider said. “Unfortunately, there was not a lot of information and over the years I gathered a tidbit here and there.”

One particular item the spurred Snider’s interest in his uncle’s fate was a picture he saw when he was 3 or 4 years old.

“I grew up in an old farmhouse, and in that farmhouse was a picture of Bernard in his uniform; actually, it was like a coat and tie,” he said. “I always wondered what the story was with him.”

Several years ago, Snider and his wife, Trish, went to Hawaii where they toured Ford Island, the site of the USS Oklahoma Memorial and visited the Punchbowl, site of the cemetery. They found Bernard Wimmer’s name on several of the monuments.

“That’s all kind of led up to (Navy) identifying his remains and where we are today,” Snider said.

Arrangements are being made to bring Bernard Ramon Wimmer back to Mercer County. Brian Krabbe, adjutant for the American Legion Riley Vest Post 9, said he was contacted by the Navy to help with arrangements. The current plan is for veterans to organize a motorcycle escort when the casket is brought back to the county. Krabbe said that plans also include a two star admiral and a master chief attending the funeral.

A full military funeral and honors for Bernard Ramon Wimmer will be held at 11 a.m. Saturday, Aug. 21, at the Burns Wornal Chapel of the Memorial Funeral Directory on the Athens Road in Princeton. Burial will follow in the McClaugherty Family Cemetery on Black Oak in Princeton with full military graveside rites provided by the U.S. Navy Honor Guard.