World War II sailor gets funeral in Idaho after 80 years 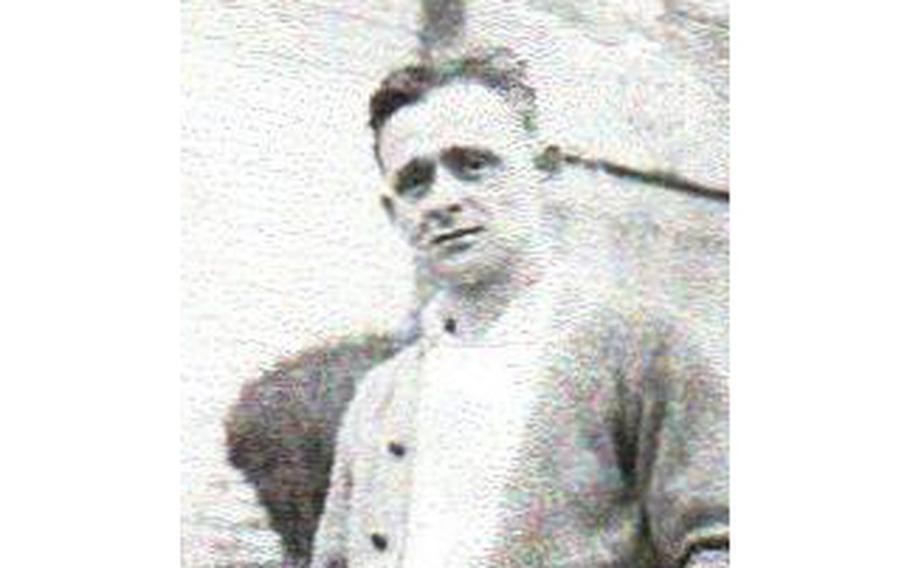 LEWISTON, Idaho (Tribune News Service) — Even though he was a beloved uncle to her mother, Shirley Wallace-King, Kathy Hammond knew next to nothing about Arnold M. Nielsen.

"My mom did not talk about him very much, " Hammond, 66, said of her great uncle. "We knew of him, we knew he got the Purple Heart, we knew he was killed at Pearl Harbor, we knew she had pictures of him. But she rarely talked about him."

Boatswain's Mate First Class Nielsen died on Dec. 7, 1941, along with 428 fellow U.S. Navy sailors and U.S. Marines aboard the battleship USS Oklahoma when it capsized after suffering multiple torpedo hits during the infamous Japanese attack on Pearl Harbor.

Like hundreds of others who perished that day, Nielsen's remains were recovered, but not identified. These "unknowns," as the military called them, were interred at the National Memorial Cemetery of the Pacific, more commonly known as the Punchbowl.

Now, using genetic samples provided almost a decade ago by Hammond and her sister, Kellie Karn, the Department of Defense POW/MIA Accounting Agency has identified remains that were exhumed in 2015 as those of Nielsen. On Saturday morning, Nielsen was reburied with full military honors at Lewis-Clark Memorial Gardens in the Lewiston Orchards near the grave of Wallace-King, who died in 2007.

Nielsen and Wallace-King were from Oakland, Calif., but with no surviving members of the family living there, Hammond and her siblings selected a final resting place they could visit more easily.

"We chose to have him buried up here mainly because it was closer, and mom was buried there," Hammond said. "So we thought it would be appropriate."

Hammond lives in Mead, just outside of Spokane. Karn lives in St. Maries, and their oldest brother, Rick Wallace, lives in Lewiston. All three were present at Saturday's graveside services, which featured a burial detail from the U.S. Navy Operational Support centers in Spokane and Boise. The U.S. Air Force at Fairchild Air Force Base supplied an additional detail that gave Nielsen a thunderous 21-gun salute.

About 30 people gathered in the smoky heat of the cemetery to pay their respects. Crisply clad in white dress uniforms, the Navy detail precisely removed Nielsen's flag-draped casket from a hearse and carried it to a platform under a canopy erected for the occasion. Pastor John Vantrease of the Blessed Hope Assembly of God in Lewiston delivered a sermon, and U.S. Navy Seventh Fleet Chaplain Ronald Pettigrew of Virginia committed Nielsen to the grave.

Following the remarks, the detail methodically folded the American flag from Nielsen's casket into the traditional triangle. Pettigrew then knelt to present the flag to Hammond and her siblings "on behalf of a grateful nation, and on behalf of the United States Navy."

One of the members of the Air Force detail also presented the family members with several of the spent shells from the salute.

After the ceremony, Commander Pat Lambert of the U.S. Naval Reserve in Spokane described the massive effort involved in bringing all the necessary personnel to Lewiston from multiple locations, all in the service of finally giving proper honors to a fallen comrade.

"This is truly a whole Navy effort," Lambert said. "We came from all over."

Pettigrew also hailed that team effort, giving additional credit to those left behind when detail members were called to duty, many on short notice.

"It's important to thank that community," he said. "What we do as sailors and military, we cannot do unless our families support us."

Hammond and her siblings thanked participants and attendees once the ceremony concluded. And because of the circumstances of his death, she didn't think Nielsen's parents were ever able to hold a proper funeral for him.

"I'm glad that we could be here to honor him, and do that for them," she said. "It was a beautiful service, and extremely moving to be able to honor someone in our family who served and died for this country so that we could be free from people that wanted to invade it."