Va. Marine identified 70 years after being killed in Korea 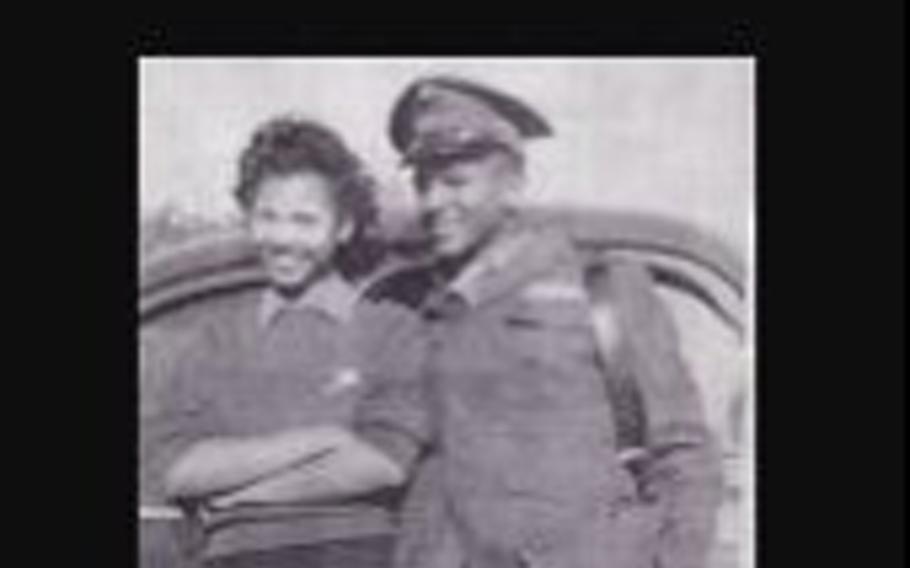 ROANOKE, Va. — Trudy Neely found herself tearing up when she heard the tale of her uncle's final, harrowing moments in war.

Neely had never met her mother's older brother, Henry Edward Ellis, of Roanoke. The 22-year-old Marine was killed in action in 1950 — four years before Neely was born — during a firefight that erupted when his unit's convoy encountered an enemy roadblock near Koto-ri, North Korea, just five months after the start of the Korean War.

Ellis and his compatriots found themselves surrounded.

"We just wanted to cry for him because you think, here is a young 22-year-old, he had to be terrified, knowing there was no way out," Neely said.

"And he lost his life," she said. "I'm just about to cry now. But we are blessed that we can bring him home now."

Ellis, a private first class with Headquarters Company, 1st Service Battalion, 1st Marine Division, was until recently one of the more than 7,500 Americans still unaccounted for almost seven decades after the end of the Korean War.

An extensive federal effort has been launched to identify and repatriate the remains of the nation's fallen service members from this and other wars.

That includes a years-long push to discover the names of nearly 850 people whose remains were returned to the U.S. during Operation GLORY — an exchange of military war dead organized with North Korea after the conflict's armistice — but not successfully identified at the time.

Neely and her family were notified of the identification project almost a decade ago. She and her daughter traveled to Washington, D.C., and submitted DNA for the research. It was there that she first learned more about her uncle's service.

She had always known that she had an Uncle Henry who died in battle. But until that trip, she had few details to fill in that image — an old, sepia-toned family snapshot of a tall young man, smiling for the camera in his uniform. Her mother's memories of a kind-hearted older brother who never left her behind.

Neely's mother, who was one of seven children, died in 2004. Ellis' last sibling died a year before the Department of Defense first reached out to Neely.

Ellis would be positively identified in late 2020 through a process that involved laboratory tests, historical research and anthropological analysis, according to the U.S. Defense POW/MIA Accounting Agency.

The news was announced Wednesday after his family had been briefed and arrangements for his memorial service made.

Ellis' final resting place will be in a national cemetery in Salisbury, North Carolina, where he was born before he moved to Roanoke with his father, and where Neely lives.

He will be buried next month in a ceremony with full military honors.

Neely and her family will be there.

"It was emotional when they told us," she said by phone Wednesday. "This has just been an unbelievable journey."

"I know my mother is smiling down from heaven right now," she said. "This would have done her heart so much good."

Neely now has stacks of papers shedding light on her uncle's remarkable life. He was drafted into service in 1943 when he was just 15. His father wrote letters pleading for the error to be corrected but to no apparent avail. Ellis would serve in the Pacific theater of World War II.

How the mistake about his age came about is unclear, Neely said. But when his tour of duty ended, he voluntarily reenlisted and continued to serve, until he was deployed to the new war brewing along the 38th parallel.

"He still had a heart to serve his country, I guess," Neely said. "That just shows me that he was dedicated to what he was doing."

Neely said she's grateful that her uncle will finally be at rest and that his memory will be honored.

"I just feel like his story needs to be told," she said.

For years, Ellis' name has been inscribed on the Courts of the Missing, a memorial erected at the National Memorial Cemetery of the Pacific in Hawaii, where a federal lab has been leading the identification project.

Federal authorities said Wednesday that a rosette will now be etched next to his name there — a signal that Marine Pfc. Henry Edward Ellis is missing no longer. That he is finally home again.