Former White House trade adviser Peter Navarro must face a criminal contempt trial for refusing to answer a subpoena by the congressional committee investigating the 2021 attack on the U.S. Capitol, a federal judge in Washington ruled.

Navarro failed to offer evidence to back up his claim that former president Donald Trump had asserted privilege preventing him from responding to the congressional subpoena, U.S. District Judge Amit Mehta said in a court filing Thursday. Navarro "has offered neither a sworn affidavit nor testimony from him or the former President," Mehta wrote.

The government charged Navarro with two counts of contempt for failing to hand over documents and provide testimony to the Jan. 6 committee. He is the second Trump aide to be prosecuted for refusing to cooperate. In October, Steve Bannon was sentenced to four months in prison after a jury found him guilty of contempt of Congress. His sentence is on hold while he appeals.

Since charges were filed, the political landscape has shifted after Republicans won control of the House and vowed to investigate the now-disbanded Jan. 6 committee, which struggled to enforce some of its subpoenas and information requests. Even after they were charged, both Bannon and Navarro still refused to cooperate.

Navarro's lawyers tried to get the case thrown out, arguing he was shielded by executive privilege as an adviser to the president at the time. His lawyer, Stanley Woodward, said in November that Navarro had invoked the privilege in refusing to testify and that the committee failed to verify the invocation with Trump.

However, Mehta said that argument "improperly places a burden on the Committee that belongs with the former President." The judge said Navarro's claim of a private "conversation" with Trump about executive privilege didn't provide enough evidence to rule in his favor.

Mehta said Navarro refused to appear even when the Jan. 6 committee "attempted to negotiate terms" letting him keep from disclosure communication with Trump.

Navarro's arguments were similar to those used unsuccessfully by Bannon. Navarro said he relied on long-standing Department of Justice policy that protects presidential advisers from contempt charges when executive privilege is invoked. He also claimed that the subpoena was invalid because the congressional committee was improperly constructed.

Mehta also blocked Navarro from proceeding with some of his defense claims, including that the committee had been improperly constituted or that prosecutors had engaged in misconduct. Navarro will also be prevented from raising a public authority defense because Trump, as a private citizen, didn't have "actual authority to approve the defendant's criminal activity," wrote Mehta.

U.S. District Judge Carl Nichols, who presided over Bannon's case, expressed skepticism that Trump ever invoked executive privilege and that those protections would apply to Bannon, who had left the White House more than three years before the Capitol attack. Nichols also wouldn't let Bannon explain at trial that he relied on the advice of his attorney when he refused to answer the subpoena, citing a previous court decision that prohibited such a defense.

The judge later wrote that Bannon's appeal "raises a substantial question of law that is likely to result in a reversal or an order for a new trial."

Navarro's situation is slightly different because he worked as adviser during Trump's entire term and didn't rely on the advice of his counsel when refusing to cooperate. 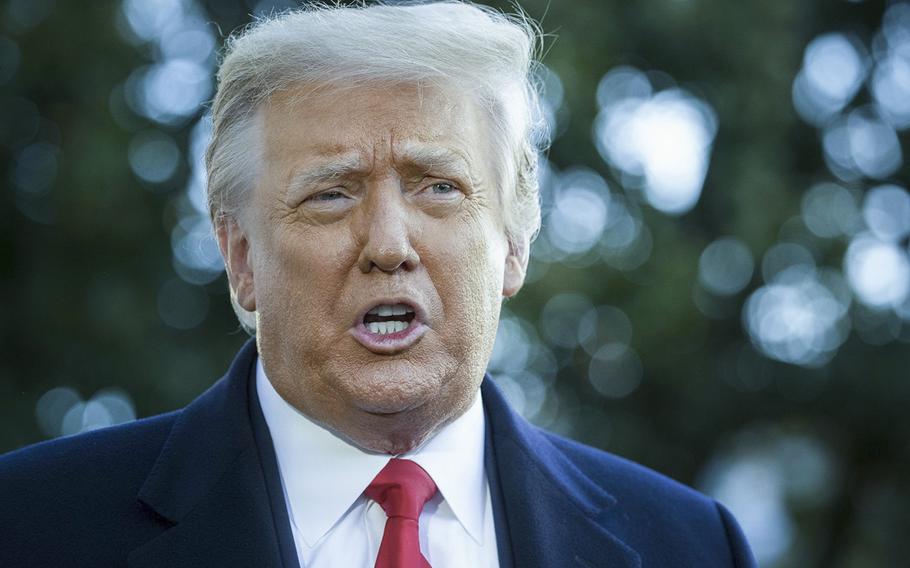