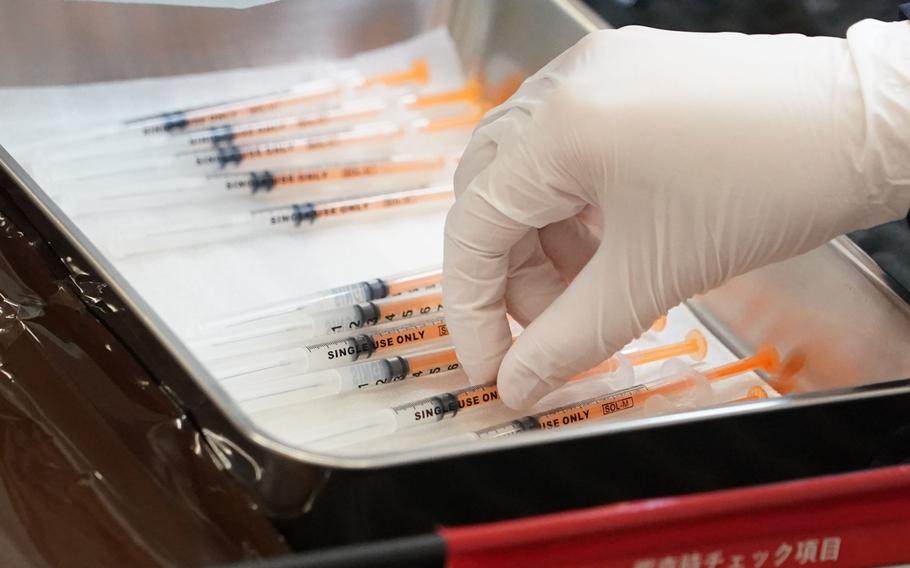 Moderna's vaccine against RSV was highly effective in preventing the lung disease in older people, paving the way for the company to seek its first approval outside COVID-19.

The shot blocked about 84% of mild respiratory syncytial virus infections and 82% of severe cases in a Phase 3 study, Cambridge, Mass.-based Moderna said Tuesday. Results from the study of about 37,000 volunteers 60 and older, which is continuing to collect data, will be published and presented at a later date, the company said.

The success sets up a potential three-way competition for the RSV vaccine market in older adults, after decades with no vaccine at all. Moderna will be several months behind rivals GSK and Pfizer, whose RSV trials in older adults succeeded last year. Both of those companies applied for U.S. clearance in 2022 and have received expedited reviews; the U.S. Food and Drug Administration is scheduled to decide on each by May.

"At a high level, and acknowledging that cross-trial comparisons always come with their challenges, we think Moderna's efficacy compares well to Pfizer's and is competitive with GSK's," JPMorgan analyst Jessica Fye wrote Tuesday in a note to clients.

Moderna may apply for approval using a recently acquired voucher for expedited review that could allow the company to launch its vaccine this year, Chief Executive Officer Stephane Bancel said in an interview.

"If you look at the combination of the efficacy and the tolerability, we have here what I believe is a very, very good vaccine with very strong efficacy to mild disease," he said.

Moderna will have to move fast to stay competitive. Bancel said the company hopes to submit the data to the FDA within a few months, though he didn't give an exact timeline. A priority, six-month review could allow the RSV vaccine could to get on the market by year end, he said.

While RSV tends to produce mild cold symptoms in many people, it can cause serious complications in seniors, babies and young children. Older patients may develop other lung illnesses on top of RSV, including pneumonia, or suffer worsening of existing conditions such as asthma or congestive heart failure, according to the U.S. Centers for Disease Control and Prevention. Between 60,000 and 120,000 people in the U.S. 65 years and older are hospitalized, and 6,000 to 10,000 die each year from RSV, the CDC estimates.

Moderna's RSV vaccine is the only one so far based on messenger RNA, the same technology used in its COVID shots. Both Pfizer's and GSK's are traditional, protein-based shots. GSK's has added a substance called an adjuvant to create a stronger immune response.

In Moderna's trial, about 4% of those who received the vaccine experienced severe systemic reactions, such as fatigue and muscle aches, compared with about 3% of people who received a placebo.

Moderna's disclosure of only the severe reactions doesn't fully answer the question of how tolerable its RSV vaccine will be, Cowen analyst Tyler Van Buren wrote in a note to clients Tuesday. However, data from Moderna's experimental flu shot suggest the side effects may mirror those of GSK's RSV vaccine.

"If this is recapitulated in the full data, we believe this would support approval of mRNA-1345, and allow it to gain share and split the market with GSK," Van Buren said.

If approved, this would be Moderna's first non-COVID product — a major milestone for the company after it rose to prominence during the pandemic. An RSV vaccine could help Moderna pacify investors as sales of its COVID-19 vaccine, Spikevax, wane. The company also expects to soon have data on another shot, which targets seasonal influenza.

Eventually, Moderna wants to combine its RSV, COVID and experimental mRNA-based flu vaccines into a three-way combo that older adults might receive every year. If successful, such a product could be a big seller, but all three components need to make it to the market first.