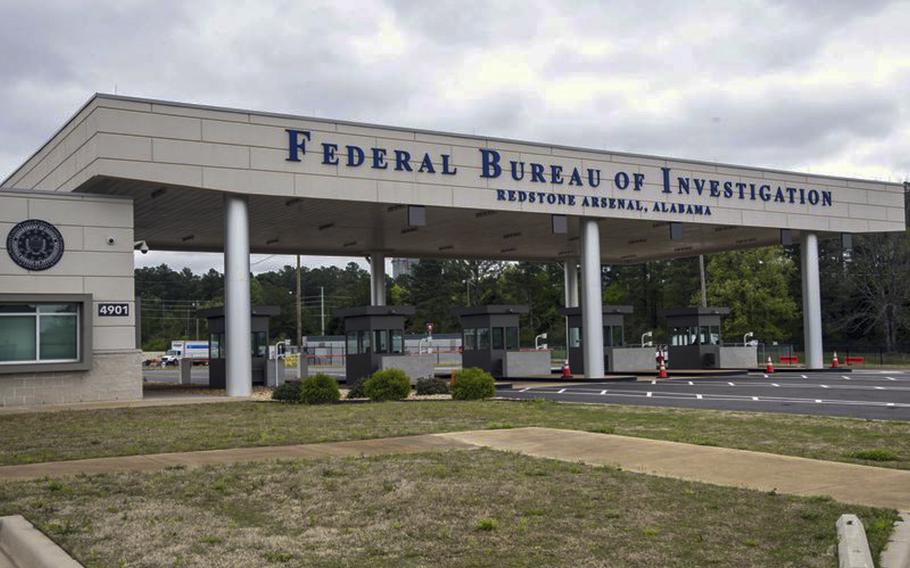 The FBI has released a photo of its Disney-like entrance to its north campus on Redstone Arsenal. (FBI)

As part of the $1.7 billion omnibus spending bill passed by Congress last month, $652 million was allocated for FBI construction at the Army post in Huntsville, according to a press release last month from former Sen. Richard Shelby, who retired this week.

That combines with the previous $2.48 billion for FBI Redstone to push the total spending to more than $3.1 billion.

The FBI is building what’s unofficially been described as a second headquarters at Redstone Arsenal to the primary headquarters in Washington, according to Johnnie Sharp, assistant director IT infrastructure division and the senior officer at FBI Redstone.

“It’s undeniably an unofficial second headquarters because of those 19 headquarters divisions that are represented right here on this campus.”

Drew Watts, deputy assistant director at FBI Redstone, said in a presentation last month to Huntsville business and community leaders that four buildings have opened on the campus while several others are under construction. FBI Director Christopher Wray attended a groundbreaking ceremony in November for the Innovation Center that’s expected to open next year.

“There’s a lot of cutting edge (research and development) that goes on here,” Sharp said of Redstone Arsenal and, more specifically, the FBI. “It’s highly advanced, highly technical, so that I want it to be a point of pride for people here in Huntsville, that this is in their community.”

Construction has focused primarily on the FBI’s north campus on the arsenal. Plans are in place for a south campus that will include a high-tech simulated city for field training.

Growth plans for FBI Redstone stretch as far in the future as 20 years.

Watts said the FBI has about 1,500 employees at Redstone with plans to reach about 2,000 by the middle of the year. The FBI will have the capacity for about 5,000 employees by 2028, Watts said, with room for another 3,800 for training purposes. Job openings can be viewed at FBIjobs.gov.