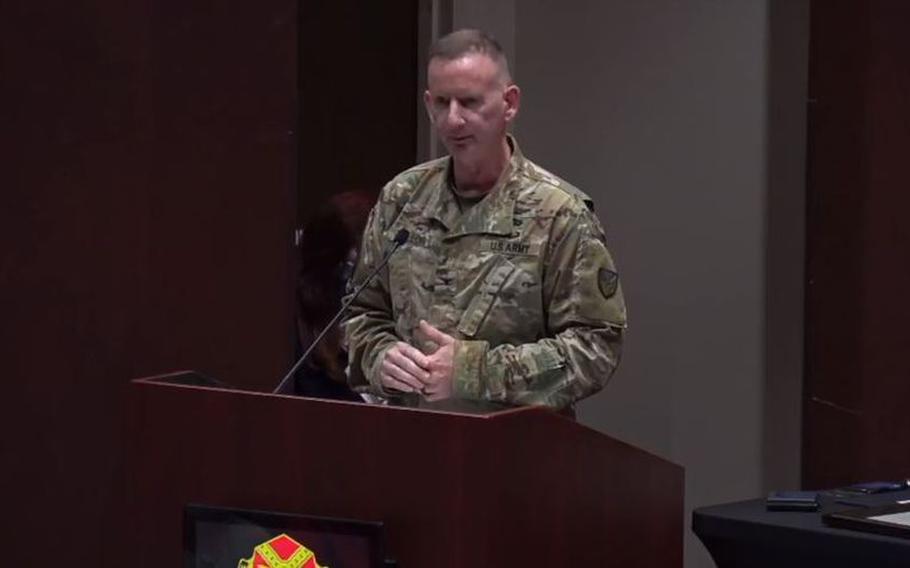 The Army compares a military garrison to a city government because it is responsible for the overall operations from roads to recreation. There are generals on the arsenal with important commands and multiple stars, but the garrison commander keeps the arsenal running for the 40,000-plus people who work in organizations as varied as NASA, the FBI and the U.S. Army Materiel Command.

Mellor arrived on the job at the same time as the COVID pandemic and led the arsenal’s COVID response, including its eventual reopening.

“(His) team pulled us out of that COVID hibernation over the past three years,” Col. Scott Halter said Thursday. “They slowly but surely opened up services, allowed tenants to bring their employees back on post, opened the gyms, opened the pools, brought back those events like the holiday market and the big birthday celebration just a few months ago, and there’s going to be an Octoberfest. … It happens because of people that drive action, make choices and make the services available for everyone on the installation.”

Mellor, who is retiring from the Army, said garrison commander was “the most rewarding and frustrating job I’ve ever had, and I’m going to miss it terribly.” He thanked the garrison staff by name and credited them with the hard work.

Mellor joked that he had left Cozine his favorite comment topics from arsenal workers and the public. They were:

2. Traffic (“You should change the speed limit to 55 on Martin and Rideout roads so I can get home quicker”).

3. Gate access (“Why do I have to spend 4 minutes coming in the gate? You should really have to pay for my gas”).

4. And his favorite: “You really need to stop these loud noises on Redstone because my goats are fainting.”

President Joe Biden awarded Mellor the Legion of Merit “for exceptionally meritorious conduct in the performance of outstanding services and achievements.”

His wife, Cynthia, a nurse, was awarded the Public Service Commendation Medal for service to the Army and the garrison. She volunteered as a nurse during the pandemic and helped saved lives, Halter said.

Cozine thanked the garrison and community “for the warm welcome you’ve shown our family as we’ve arrived.” He said, “I look forward to continuing our world class support for the soldiers, civilians, veterans, retirees and all their families and support to the surrounding communities and state.”

Cozine comes to the arsenal from the U.S. Northern Command where he served as Joint Operations Division Chief of Future Operation supporting Homeland defense and Defense Support of Civil Authorities.

Cozine said he was glad to be at the arsenal and in “Huntsville, the No. 1 city in the country.”

“We are truly excited to be here,” Cozine said, “and look forward to the future and moving forward.”