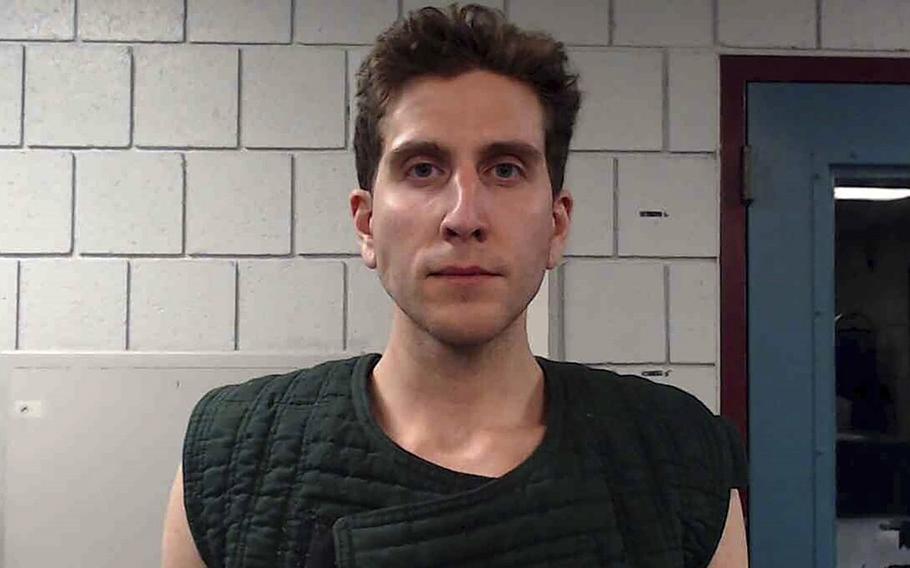 Police have arrested a 28-year-old man in the killings of four University of Idaho students after a seven-week search that led law enforcement to the opposite side of the country from the off-campus home where the victims were found.

Bryan Christopher Kohberger was arrested Friday in northeastern Pennsylvania in the investigation of the Nov. 13 fatal stabbings that rattled the 9,000-person campus and prompted the university to increase security and offer a remote learning option for the rest of the fall semester.

Kohberger was taken into custody by Pennsylvania State Police and is being held in a Monroe County, Pa., jail while awaiting his Tuesday extradition. It was not clear whether he had been charged or had an attorney Friday afternoon.

He was listed as a Ph.D. student in Washington State University's department of criminal justice and criminology department before the page was taken down Friday.

Washington State, in Pullman, is about 10 miles west of the Moscow home where the four students were killed Nov. 13.

Moscow officials are scheduled to discuss the case in a Friday afternoon a news conference.

The FBI and Idaho State Police worked with police in Moscow, Idaho, to investigate more than 19,000 tips as they pursued the person who had killed 20-year-olds Ethan Chapin and Xana Kernodle and 21-year-olds Madison Mogen and Kaylee Goncalves in their sleep.

On the Saturday evening before they were killed, Mogen and Goncalves were at a downtown bar, while Chapin and Kernodle - a couple - were at Chapin's fraternity house before they all returned to the women's King Street home at about 1:45 a.m.

When two surviving housemates woke up later that morning, they saw one of their roommates on the second floor and believed that the person had passed out. They called friends to the home, and people used one of the surviving housemates' cellphones to report an unconscious person to a 911 dispatcher.

Moscow police said they responded at about noon and found the four students dead on the second and third floors of the house.

An autopsy by the Latah County coroner's office later revealed that each student was stabbed multiple times and that some showed signs of having tried to fight their attacker. There were no indications of sexual assault.

During the search for a suspect, investigators at times faced scrutiny for issuing confusing or seemingly contradictory updates about the case. Police initially assured the public that it was not in danger, but later reversed course and said they could not rule out the possibility of a threat to the Moscow community. They repeatedly called the killings "targeted" but struggled to clarify what they meant by that term.

On Nov. 30, students gathered in the University of Idaho's indoor athletic stadium for a candlelight vigil to honor the victims. Stacy Chapin, Ethan Chapin's mother, told the crowd that her triplets had enrolled at the school because of its beautiful campus, Greek system and "small-town feel."

The family knew they had made the right choice, she said - never imagining what was to come.

"The circumstances that brought us here tonight, they're terrible," Stacy Chapin said. "The hardest part? We cannot change the outcome."

Chapin was a freshman from Conway, Wash., majoring in recreation, sport and tourism management. Kernodle, a junior from Post Falls, Idaho, and Mogen, a senior from Coeur d'Alene, Idaho, were studying marketing. Goncalves was a senior from Rathdrum, Idaho, pursuing a major in general studies. All belonged to a sorority or fraternity.

The Washington Post's Nick Parker contributed to this report.