Senate passes bill to ban TikTok on US government-issued devices 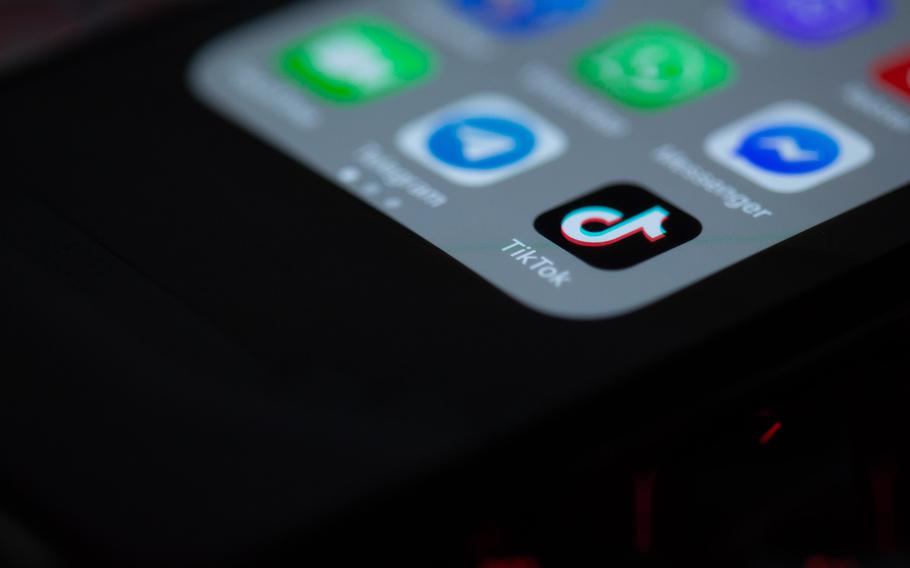 Sen. Josh Hawley (R-Mo.), who introduced the bill, said in a Thursday statement that the ban would prohibit individuals from downloading or using the app on devices issued by the federal government, with an exception for those working in law enforcement or national security. (Solen Feyissa/Wikimedia Commons)

WASHINGTON — The Senate passed a bill late Wednesday banning federal employees from using TikTok on government devices, marking the latest attempt by Republicans to clamp down on the popular, Chinese-owned video-sharing app, and suggesting the existence of bipartisan congressional support to regulate it further.

Sen. Josh Hawley (R-Mo.), who introduced the bill, said in a Thursday statement that the ban would prohibit individuals from downloading or using the app on devices issued by the federal government, with an exception for those working in law enforcement or national security.

The legislation, which passed the Senate with unanimous consent, would require the approval of the House before the end of the year’s congressional session as well as the signature of President Biden to become law. It was not immediately clear whether there was any wider support to accelerate the bill.

Hawley’s bill is identical to proposals separately approved by both the Senate and House in 2020, including one he advanced, but neither was ultimately signed into law. It also mirrors a wider effort by Republicans operating at the state level to regulate TikTok and place limits on the app’s ability to operate normally within the United States.

If approved, the bill would align the federal government with the increasing number of Republican states that have imposed equivalent bans on state employees using the app on government-issued devices.

Alabama, Utah, North Dakota and Iowa joined the growing list of Republican states with bans this week. In a statement Monday announcing Alabama’s measure, Gov. Kay Ivey (R) said the app “harvests vast amounts of data from its users” and that using it on state devices “creates an unacceptable vulnerability to Chinese infiltration operations.”

Supporters of the bans accuse TikTok, a subsidiary of Chinese company ByteDance, of posing a threat to U.S. national security through its links to Beijing, a connection they argue could facilitate Chinese government access to U.S. users’ data.

TikTok has denied the charge. Testifying before Congress in September, TikTok Chief Operating Officer Vanessa Pappas said the company’s Chinese employees were subject to strict access controls over U.S. data and that “under no circumstances” would data be given to China.

“TikTok is a Trojan Horse for the Chinese Communist Party. It’s a major security risk to the United States, and until it is forced to sever ties with China completely, it has no place on government devices,” Hawley said in his Thursday statement. “States across the U.S. are banning TikTok on government devices. It’s time for Joe Biden and the Democrats to help do the same.”

Democrats are set to maintain slim control of the Senate in the next Congress, with a narrow majority in the chamber that last week withstood an announcement from Sen. Kyrsten Sinema (Ariz.) that she had changed her party affiliation to independent.

In a statement shared with The Washington Post, a spokesperson for TikTok said Thursday: “Once again, Sen. Hawley has moved forward with legislation to ban TikTok on government devices, a proposal which does nothing to advance U.S. national security interests. We hope that rather than continuing down that road, he will urge the Administration to move forward on an agreement that would actually address his concerns.”

Wednesday’s bill comes amid other far-reaching attempts by TikTok’s critics in Congress to constrain the app — which include a bipartisan bill introduced this week by Sen. Marco Rubio (R-Fla.) to ban the app completely from the United States.

In addition to claiming that the app allows Beijing to surveil TikTok’s U.S.-based users, Rubio, a prominent critic of China, accused the app’s owners of trying to influence what Americans see and believe. “This isn’t about creative videos — this is about an app that is collecting data on tens of millions of American children and adults every day. We know it’s used to manipulate feeds and influence elections,” Rubio said in a statement Tuesday.

In July 2020, President Donald Trump unveiled a similar proposal, vowing to ban the app from operating in the United States completely, before the executive order was halted by a judge in September and then reversed by Biden a year later.

The Washington Post’s Ben Brasch contributed to this report.