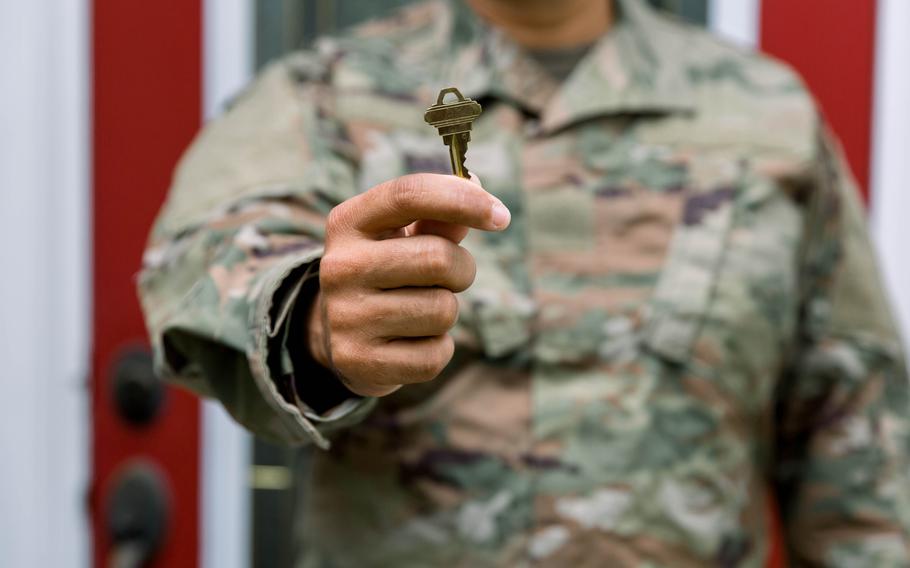 Financial assistance for housing is on the way in the new year for the vast majority of service members stationed in the United States.

Nearly 97% of stateside military families are going to see a boost to their Basic Allowance for Housing, with an average increase of 12.1%, the Pentagon announced in a statement Wednesday.

The new rates take effect Jan. 1 and reflect the largest year-over-year jump to housing allowances in many years. Housing allowance payments totaling an estimated $26.8 billion will be paid to roughly 1 million service members next year, according to the statement.

Many service members have faced long waiting lists for on-base housing and found themselves priced out of quality off-base housing.

“The significant increase ... is reflective of the unique market conditions experienced across many locations nationwide over the past year,” the Defense Department statement said.

Basic housing allowance rates are calculated based on recipients’ rank, location and number of dependents. The payments aim to allow service members to afford housing on par with that of civilians earning comparable incomes in the local area.

In October, the DOD temporarily increased housing allowances in 28 locations where home prices exceeded 20% of the area’s BAH rate. While those enhanced rates are set to expire Dec. 31, most will remain the same, the department said.

The highest increases were seen in California and Florida, according to an online DOD table. For example, an E-5 with dependents who is stationed near Twentynine Palms, Calif., saw a jump of 60% in October, from $1,461 to $2,352.

Since 2019, service members have been expected to pay about 5% of rental or monthly mortgage costs out of pocket.

Proposed legislation under the Basic Allowance for Housing Restoration Act, introduced earlier this year, would restore the full housing allowance for service members and their families.

Members stationed overseas are not going to see an immediate benefit from the change as BAH and Overseas Housing Allowance are based on different market and local survey data.

Service members can calculate their BAH payment by using the Basic Allowance for Housing calculator online.