The Citadel suspends cadet who pleaded guilty to participating in the Jan. 6 riot 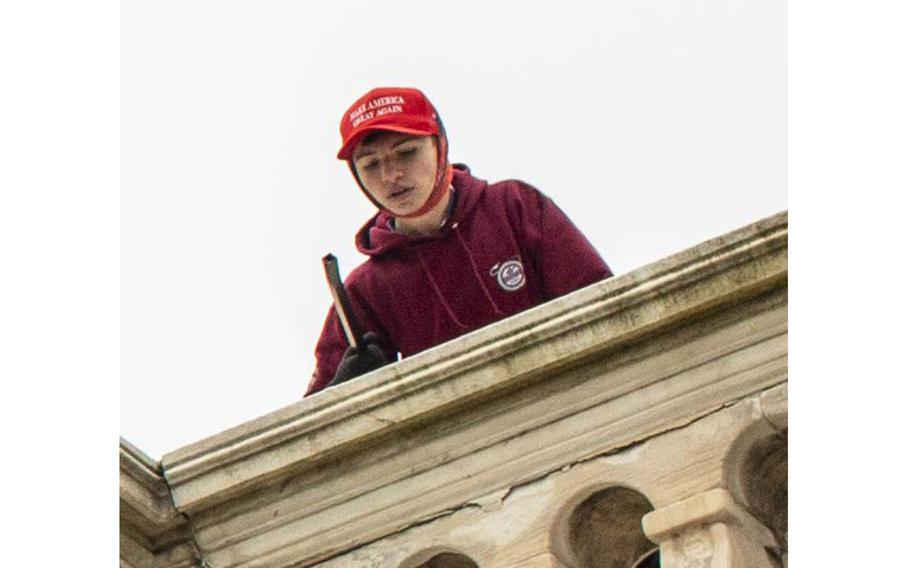 (Tribune News Service) — The Citadel has suspended Elias Irizarry, the cadet who pleaded guilty to participating in the Jan. 6 insurrection at the U.S. Capitol.

Irizarry was suspended following a Commandant’s Board where he was found to have violated military academy’s policies for “Conduct Unbecoming a Cadet,” according to a statement released Wednesday by the Citadel.

A suspension requires a cadet or student to leave the college for one semester. They may reapply for readmission after that time, said Zach Watson, director of communications at The Citadel.

Irizarry pleaded guilty Oct. 26 to entering and remaining in a restricted area or grounds.

The 20-year-old York County native was in the Marine Corps JROTC at Nation Ford High School in Fort Mill before graduating in 2020. He was in the Gastonia, North Carolina, unit of the Civil Air Patrol at the time of the riot.

This summer, a federal judge allowed Irizarry to study abroad in Estonia for three weeks as part of a program run through The Citadel. He received a $2,500 scholarship for the trip.

In a May 3 hearing on Irizarry’s case, U.S. Judge Tanya Chutkan told him that on Jan. 6, 2021, he was part of a “mob (that) almost caused the halt of the transfer of power in this country in what’s tantamount to an attempt to overthrow this government.”

In July, Elliott Bishai, a friend with whom Irizarry traveled to Washington and entered the Capitol on Jan. 6, was sentenced to two weeks in federal prison after pleading guilty to entering a restricted area.

Of the 19 people from South Carolina arrested so far in the Jan. 6 Capitol riot cases, Irizarry is the youngest and the only college student. Of those 19, 11 have now pleaded guilty.

“The Citadel will have no further comment on his status at this time,” Watson said Wednesday.