(Tribune News Service) — A South Carolina man charged in the Jan. 6 Capitol riot is back in the hot seat after federal prosecutors say the man's cellphone included 80 Nazi and white supremacist images, according to a government sentencing memorandum in the case.

Prosecutors are seeking 30 days in jail for Elliot Bishai, 22, of Fort Mill, South Carolina, for his participation in the riot, during which he climbed through a broken window and encouraged rioters to invade the Capitol. Inside he yelled, "Civil War 2!", according to the government memorandum.

At the time of the riot, Bishai was a member in the federally-supported Civil Air Patrol, the civilian auxiliary of the U.S. Air Force.

He should have known that being part of the Capitol meant that he "betrayed his duty to keep the homeland safe," the prosecution memo said. The Civilian Air Patrol's mission is "devoted to public safety," the memo said.

In a related court filing, Bishai's lawyers revealed that because of his arrest in the Capitol riot, he has been dropped from being accepted in an elite military program to train to become a pilot to fly U.S. Army helicopters. At the time of the Jan. 6 riot, he was planning to join to the Army and become a helicopter pilot.

Bishai is due to be sentenced Friday in Washington before Judge Tanya Chutkan on the charge of entering and remaining in a restricted building.

Prosecutors also said that in addition to Nazi and white supremacist images, Bishai had more than 400 videos made by an online personality, known as the "Gypsy Crusader," but who is described in court documents as a "far-right ... commentator, streamer, white supremacist and convicted felon" named Paul Nicholas Miller.

Miller has been tied to "multiple alt-right and far-right organizations, including the Proud Boys and the Boogaloo movement," the prosecution memo said.

Bishai downplayed the Nazi and white supremacist images and videos in court documents, saying he kept them only because he found them "to be humorous, not because he actually agreed with their content" and did not share them with anyone, according to a prosecution memo.

A 2021 Defense Department report cited the dangers of white supremacists inside America's military. It warned of the dangers that even a small number of such extremists can do inside the military. It also said that terrorist organizations like to recruit members with military training.

On Jan. 6, 2021, Bishai drove Elias Irizarry, a Citadel cadet, and Grayson Sherrill, of Gaston County, North Carolina, to Washington in response to the false claims by former President Donald Trump that the election had been stolen.

Irizarry and Sherrill will go on trial in Washington on Jan. 3.

Before the riot, all three attended a Trump rally during which the former president urged people to march on the Capitol to"stop the steal." Bishai and Irizarry entered the Capitol through the broken window at 2:26 p.m., 13 minutes after the initial breach, the prosecution memo said.

Inside the Capitol, Sherrill struck a police officer with a metal pole, and Irizarry carried a metal pole with him but did not hit anyone, according to evidence in their cases.

Although Bishai did not commit violent acts, his being in the Capitol that day "took place in the context of a large and violent riot that relied on numbers to overwhelm law enforcement, breach the Capitol, and disrupt the proceedings. But for his actions alongside so many others, the riot likely would have failed," prosecutors said.

"A riot cannot occur without rioters, and each rioter's actions — from the most mundane to the most violent — contributed, directly and indirectly, to the violence and destruction of that day," prosecutors said.

Prosecutors said Bishai appeared to experience "excitement and joy" during the riot while inside the Capitol.

"Bishai celebrated the violence of the day by filming videos on his cellphone and encouraging the other rioters to scale the walls, climb the stairs, and enter the building," prosecutors said.

When Bishai pleaded guilty in April, other charges against him from the Capitol riot were dismissed as part of a plea agreement, testimony and documents show.

Bishai has been free on bail since he was arrested on the charge in April 2021. A friend of Bishai and Irizarry tipped the FBI to their participation in the riot, documents show.

Bishai's lawyers, John Maher and Donald Brown, could not immediately be reached for comment.

In a defense sentencing memo, Bishai's lawyers set forth a competing narrative, describing him as being peaceful during the 27 minutes he spent in the Capitol and not deserving of a jail sentence of any length.

Bishai has already suffered enough, having "lost an opportunity to serve the United States Army as a pilot in the Army Warrant Officer Flight Program," said the defense memo, written by Charlotte attorney Dan Brown.

"That has been Elliot's lifelong dream and his actions have already cost him dearly. Additionally, Elliot has also had his student pilot's license revoked by the Federal Aviation Administration, in conjunction with the Transportation Safety Administration. Mr. Bishai has lost his student pilot's license and his opportunity to serve as an Army Warrant officer for having been in the Capitol for 27 minutes.

"Mr. Bishai has already paid dearly for his actions, and having him serve any sort of active incarceration would not serve the best interest of either the United States or the Defendant," Brown wrote.

At the time of his arrest, in March 2021, defense attorneys said Bishai had been accepted into a U.S. Army program to become a warrant officer to pilot military helicopters. Warrant officer is a rank between enlisted and officer ranks, and many warrant officers fly Army helicopters. The Army has numerous kinds of helicopter pilots, including those who fly the Black Hawk air assault helicopters on secret combat missions.

While Bishai has been awaiting sentencing, he has been employed as a firefighter battling forest fires and a jail term of any length would take him away from his vital first responder job, Brown argued.

"Should the Court elect not to impose an active sentence at the conclusion of this case, the Defendant will head immediately to Oregon, to battle brush fires, until that situation is under control and until he is given another assignment on the fire line," Brown wrote. "We believe it will be in the best interests of the United States, and of the American people, and of the Defendant, to keep the Defendant in this case on the front lines, fighting fires to help save property and help save lives."

Brown also noted that Bishai willingly pleaded guilty, is remorseful for his actions, has apologized and has cooperated with the FBI. Federal prosecutor Grace Albinson is handling the case for the government. 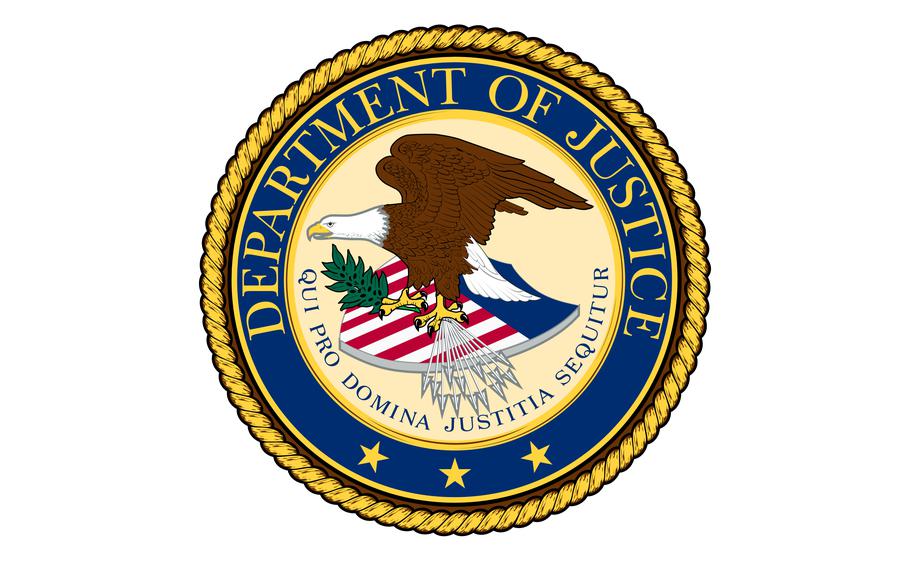