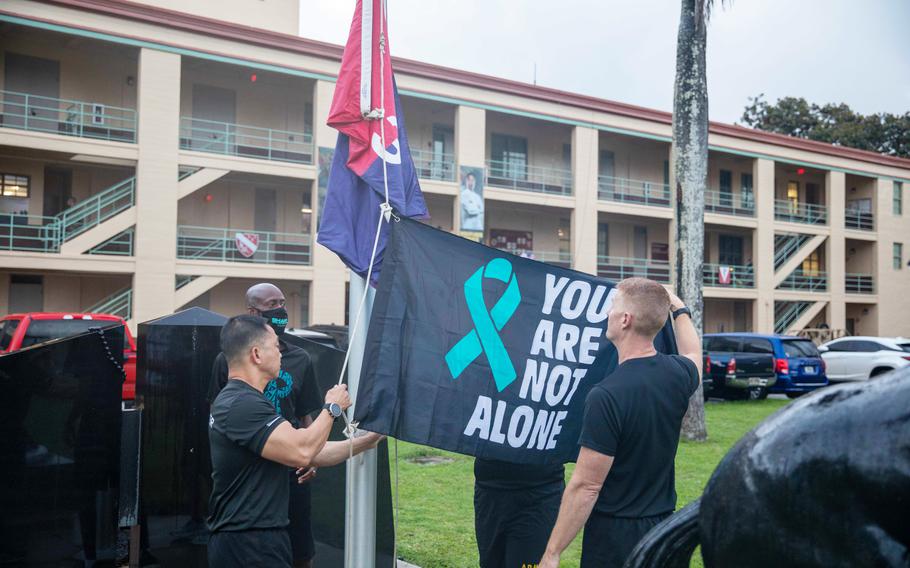 Each of the military services has selected an officer to lead a new branch legal office to determine which felony cases to send to a court-martial for crimes such as sexual assault, murder and child abuse — a decision previously left to a service member’s commander.

The four nominees’ names were sent to Congress on Nov. 14, and all but the Navy’s selection have been confirmed by the Senate.

The Army selected Col. Warren Wells, who is now the chief of personnel, plans and training for the Office of the Judge Advocate General at the Pentagon. He will be promoted to brigadier general and will oversee the Office of Special Trial Counsel, which will include more than 150 civilian and military personnel who specialize in litigation, according to the Army.

“We are restructuring the way the Army prosecutes perpetrators of covered offenses such as murder, rape, and sexual assaults,” Army Secretary Christine Wormuth said in a prepared statement.

The new legal offices will reduce a commander’s influence on crimes that do not affect good order and discipline within units — an effort that some members of Congress have advocated to enact for more than a decade because the military has failed to reduce the number of sexual assaults within its ranks. The reform was one of 82 recommended by an independent review of sexual assault in the military and part of the military justice reforms included in the fiscal 2022 National Defense Authorization Act — annual legislation that sets priorities and spending for the Pentagon.

The Navy selected Capt. Jonathan Stephens to serve as lead special trial counsel for the Navy’s Office of Special Trial Counsel, according to the Defense Department. Stephens, who has been serving as interim lead since August, was nominated for promotion to rear admiral, and it is still pending with the Senate.

The Marine Corps confirmed it selected Col. Kevin Woodard to be first lead special trial counsel of the Marine Corps. The Senate on Wednesday confirmed his promotion to brigadier general.

Col. Christopher Brown was selected for promotion to lead the Air Force Office of the Special Trial “because he possesses strategic, operational, and tactical military experience across every facet of the military justice process,” said Laurel Falls, a service spokeswoman. He is now the staff judge advocate for the Air Combat Command at Joint Base Langley-Eustis, Va.

Each officer will have until December 2023 to get the office operational, as mandated by Congress. The office will be the decision-maker on whether to file charges on 11 crimes: murder, manslaughter, rape, sexual assault, rape of a child, sexual assault of a child, other sexual misconduct, kidnapping, domestic violence, stalking, retaliation, child pornography and nonconsensual pornography.

Each special trial counsel office will report to the civilian service secretary of their military branch, providing them independence from the chain of command.

However, the commander will serve still as the convening authority of courts-martial, giving that person oversight on jury selection, witnesses and approval over immunity requests and hiring of consultants or expert witnesses, according to Sen. Kirsten Gillibrand, D-N.Y., who fought to have these controls taken away from commanders.

Commanders also continue to hold the authority to allow service members accused of crimes the option to separate from the service in lieu of a court-martial.

The formation of the new legal offices also was recommended by the Independent Review Commission on Sexual Assault in the Military, which submitted its report in July 2021 to Defense Secretary Lloyd Austin. He established the commission shortly after becoming secretary and, in September 2021, he laid out the plan for implementing its 82 recommendations.

The military has certified at least a dozen attorneys in each service branch to serve as a special victim counsel to work in these offices, military officials told lawmakers in September during a hearing about implementing the review commission’s recommendations.

Undersecretary of Defense for Personnel and Readiness Gilbert Cisneros said during the hearing held by the House Armed Services Committee subpanel on military personnel that the new prosecutor offices will “ensure independent expertise” and restore trust in holding perpetrators accountable.

Rep. Jackie Speier, D-Calif., chairwoman of the House subpanel, described at the hearing the latest report on the prevalence of sexual assault in military as “catastrophic news.”

More than 8% of women and 1.5% of men in the active-duty military indicated experiencing some form of unwanted sexual contact, Speier said of the latest statistics.

“I've spent the last 10 years battling this cancer, and with the most recent report, I know we still have a long way to go,” she said.

The prosecution office is a step toward progress, Speier said.

“I feel confident that if the Department of Defense keeps their foot on the pedal, and Congress doesn't turn a blind eye, this is the beginning of the end for those who wish to harm their brothers and sisters in arms,” she said.