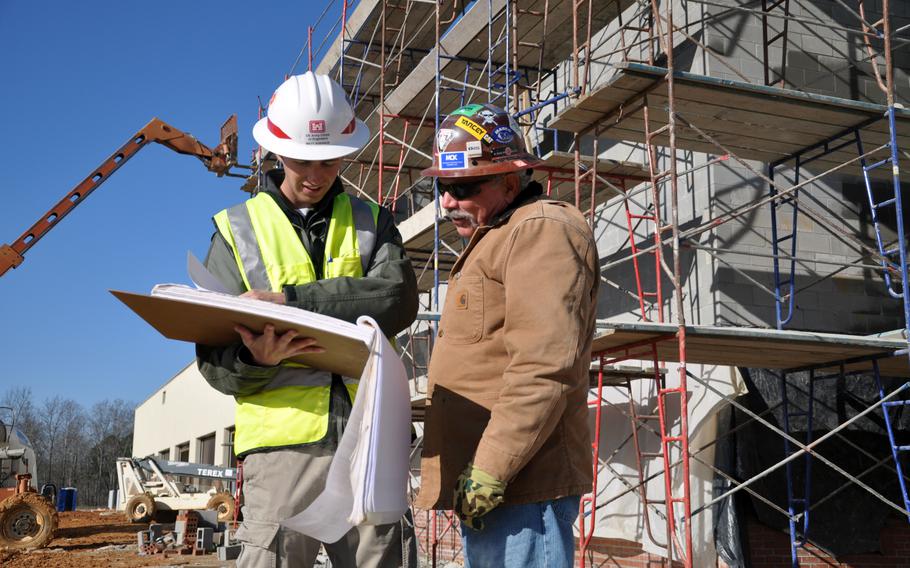 The U.S. Army would need to spend $34 billion to renovate and modernize aging buildings on its bases, with a quarter of that alone going to upgrade structures in Hawaii and on Fort Bragg, N.C., according to the Congressional Budget Office.

In a report released this month, the CBO analyzed roughly 49,000 buildings used on Army bases in the United States and maintained by active components.

The cost of eliminating the maintenance backlog to bring structures up to Defense Department standards would cost about $19 billion, while fully renovating and modernizing them would take $34 billion, the report states.

Based on costs per building, “categories with the largest deferred maintenance costs include those that support military units (troop housing and food services and maintenance and production) or the quality of life of the people on base (hospital and medical care), indicating that those buildings were larger and in slightly worse condition, on average,” the report states.

Deferred maintenance is work that the Army has determined is needed to meet its mission goals but has not been carried out. As of September 2020, about 70% of the buildings analyzed by the CBO had some level of deferred maintenance.

Army structures in Hawaii — at Schofield Barracks, Fort Shafter and Tripler Army Medical Center — and at Fort Bragg accounted for a “significantly larger” share of both deferred maintenance and upgrade cost estimates as compared to other locations, the report stated.

The CBO based its estimates on 2020 figures provided by the Army. 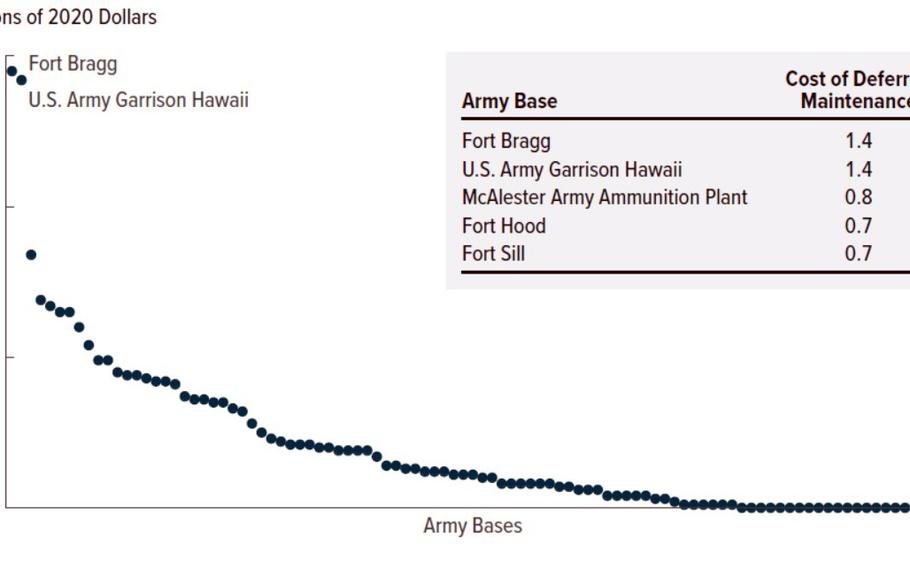 Structures in those two locations each account for about $1.4 billion in deferred maintenance, representing roughly 15% of the $19 billion total, the report states.

“The sum of the renovation and modernization costs for [Hawaii and Fort Bragg], $8.4 billion, represents about 25 percent of the $34 billion total cost of renovating and modernizing the Army’s buildings,” the report states.

The consequence of delayed maintenance of Army buildings was front and center in August when hundreds of soldiers at Fort Bragg were forced to move from barracks because of persistent mold that was nurtured by dilapidated air conditioning systems.

The Army is spending about $145 million over the next two years to demolish and replace 12 of the barracks and refurbish five others.

Army Secretary Christine Wormuth told an audience during a conference at Fort Benning, Ga., in September that quality of housing is an area where “we’ve got work to do.”

“I think we have underinvested a little bit in housing, and so that is something that I am really, really focused on,” she said.

The CBO report does not examine reasons why Hawaii and Fort Bragg now have higher levels of deferred maintenance, but the Defense Department has had a direct role in the overall deficit.

“The Army and the other services use a facilities sustainment model to estimate the funding that would result in all real property meeting their standards,” report states.

“The model incorporates DoD’s goal of recapitalizing its facilities every 67 years, but that funding target has not been met for at least the past 10 years. DoD has directed the services to cover only 80 percent of the sustainment goal in their recent budgets.”

As a result, funding for sustaining properties in the active Army’s budget has dipped as low as 62% of sustainment model requirement from 2013 to 2022, the report states.