State Capitol prepares for fight over marijuana legalization in Minnesota 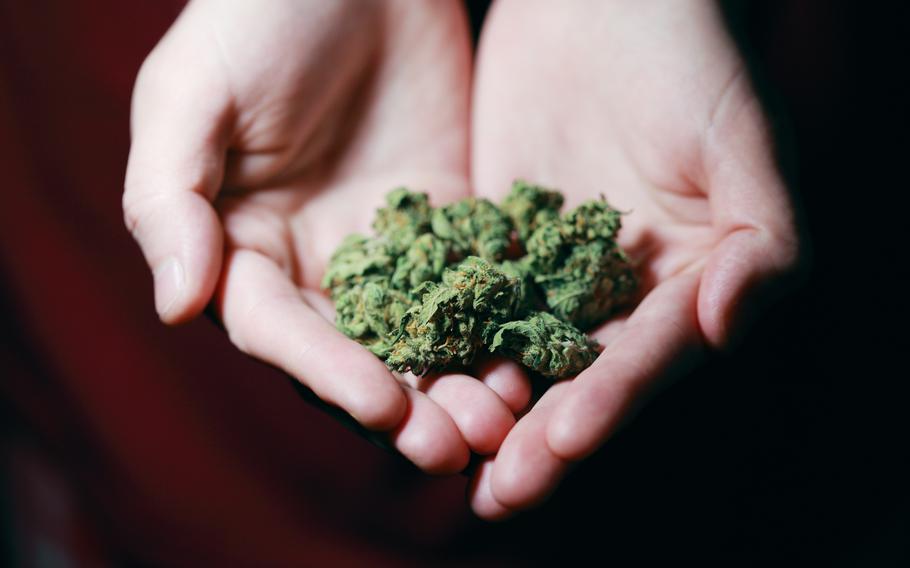 Democrats now control the governor’s office and the state Legislature in Minnesota and they’ve signaled they could try to legalize marijuana as early as next year. (Pexels)

MINNEAPOLIS — Minnesota cannabis advocates have waited years for this moment: Democrats who support legalizing marijuana now control the governor’s office and the state Legislature, and they are signaling they could act on the issue next year.

The state’s medical cannabis manufacturers, hemp-product retailers and industry groups are poised to have an influential say in the creation of a recreational marijuana market, as are opponents concerned about the drug’s effect on consumers. Many are buzzing about the opportunities legalization could present for small business ownership, state tax revenue and criminal justice reform.

“All the work that’s been done for over a decade … is coming to a head in the next couple months here,” said Kurtis Hanna, a lobbyist for the Minnesota chapter of the National Organization for the Reform of Marijuana Laws. “I think we’re going to leave next session with a legalization bill and complete our mission.”

While marijuana advocates will have a receptive audience at the State Capitol, they’ll face pushback from critics trying to convince lawmakers that recreational pot is not right for Minnesota. Several trade groups, social organizations and law enforcement associations have formed a coalition opposing it called Minnesotans Against Marijuana Legalization.

Among the coalition groups is Smart Approaches to Marijuana Minnesota. Co-chair Kim Bemis said he’s concerned legalization will lead to more cases of impaired driving and adolescents using the drug.

“There’s a highway safety issue and there’s no roadside test for impairment like there is a breathalyzer,” Bemis said. “We would certainly rather see decriminalization happen than full commercialization.”

Minnesota has steadily embraced cannabis over the years, starting with the 2014 legalization of medical marijuana for patients with qualifying health conditions.

Earlier this year, the state legalized edibles and drinks containing low doses of THC — the cannabis ingredient that can cause a high — for adults 21 and older so long as the products are derived from legal hemp rather than marijuana. THC has the same effect regardless of the source.

Recent attempts to legalize marijuana for recreational use stalled at the State Capitol because Republicans who controlled the Senate opposed it. But after holding the state House and flipping the state Senate in this month’s midterm elections, Democrats say they are ready to forge ahead.

“I think it’s really possible that it happens next year,” DFL House Speaker Melissa Hortman said, noting her chamber passed a marijuana legalization bill in 2021. “It’s a matter of working with the Senate and the governor’s office.”

Gov. Tim Walz recently told former Gov. Jesse Ventura that legalization will be one of the first items on his second-term agenda. Incoming Senate Majority Leader Kari Dziedzic, DFL-Minneapolis, said her caucus will also consider it.

“Minnesotans across the state have told us that they support legalizing recreational marijuana,” Dziedzic said. “We have an opportunity here to get it right and do what is best for Minnesotans.”

Senate Republicans, now in the minority, will not take a position on the issue until there’s a bill to review, caucus spokeswoman Rachel Aplikowski said. A House Republican spokesman did not comment on the matter.

Advocates for legal marijuana have a long wish list.

Leili Fatehi, campaign manager for the pro-legalization MN is Ready Coalition, said the state will need to create a new governing agency to oversee all things cannabis, from hemp growing and retailing to medical and recreational marijuana. Currently, the Department of Agriculture oversees hemp farming, the Department of Health manages the medical cannabis program and the Board of Pharmacy monitors the THC-infused edible market.

There should also be an expungement process for past marijuana convictions, Fatehi said. And lawmakers should prioritize marketplace opportunities for local businesses.

“We don’t want the giant Walmarts of cannabis coming in and taking over the Minnesota market,” she said.

In addition to proper taxation and regulation, Minnesota Cannabis Law firm founder Jason Tarasek said the state should “give advantages to communities of color decimated by the war on drugs.”

“You can’t just let the rich white guys make the money on this,” said Tarasek, an attorney and lobbyist.

Steven Brown, owner of Nothing But Hemp, said he hopes legislators will give the state’s growing market for hemp-derived THC products the same attention. Makers and sellers of hemp-derived THC need to be licensed and their products should be subject to a special tax, he said. The edible law that took effect earlier this year lacked a licensing and taxing structure.

Even if marijuana becomes legal here, Brown said he believes the hemp-derived edible business will be more accessible and profitable for Minnesota entrepreneurs. That’s because those who sell marijuana products are subject to a federal tax provision prohibiting them from deducting their business expenses, since the drug is still illegal federally.

“For the small business, it’s almost impossible to properly run a marijuana company just because it’s too costly,” Brown said. “I think a lot of the hemp businesses have pie-in-the-sky type of thinking that ... they’re going to be able to move over to the marijuana industry easily.”

Minnesota Trucking Association President John Hausladen said he does not want the state to become the 22nd to legalize marijuana. He worries it could shrink the workforce of truck drivers, who aren’t allowed to use the drug, at a time when there’s a severe shortage.

Hausladen, who sits on the steering committee of the Minnesotans Against Marijuana Legalization coalition, said lawmakers should require product warning labels and testing and fund a public education campaign if they choose to legalize it. They also should give law enforcement agencies money to hire more drug recognition experts, who can determine whether someone was driving impaired, he said.

“If I were to say anything to the policymakers as they debate this in the 2023 session, it’s, ‘Can you confidently demonstrate to the citizens of Minnesota that this is going to make us as safe or safer?’” Hausladen said. “Can you prove to us that it’s not going to make us less safe? I think it’s going to fail when that analysis happens.”