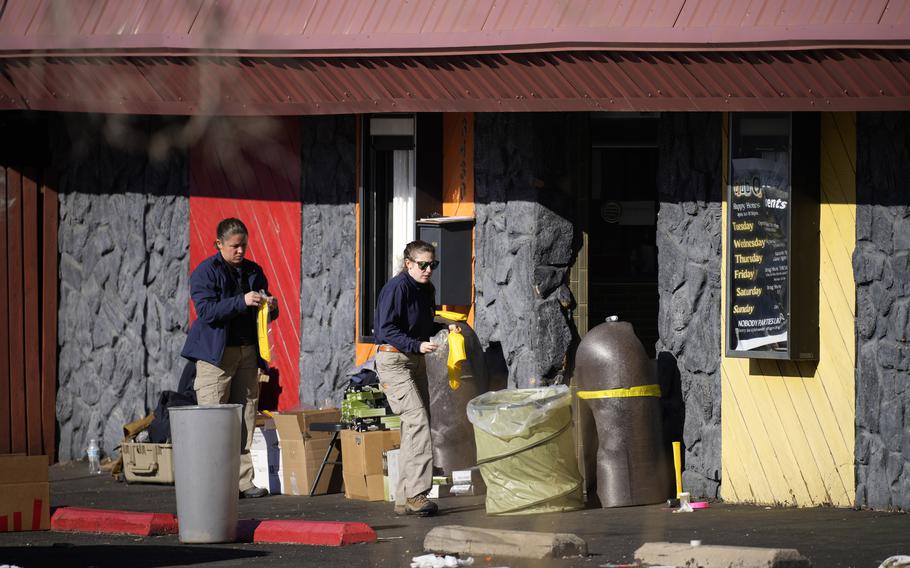 One of three people who halted a bloody shooting rampage at a LGBTQ nightclub in Colorado last weekend was a Navy sailor who was injured in the attack, officials said Tuesday.

Authorities say the shooter, Anderson Lee Aldrich, entered Club Q in Colorado Springs during a drag show on Saturday night carrying multiple firearms and began firing indiscriminately at club-goers. Among the weapons was an AR-15 assault rifle and at least one handgun.

The Navy confirmed Tuesday that James was injured in the attack.

“James is currently in stable condition, and we remain hopeful he will make a full recovery,” the Navy said in a statement. “We ask that all respect his privacy as he continues his recovery.”

Fierro has said that he grabbed the gunman by his body armor and pulled him to the floor before beating him over the head with his own handgun. James jumped in and kept the shooter from reaching for his rifle — and moments later, a drag queen stepped in and began kicking the gunman with high heels.

“I had to do something,” Fierro, who was at the club with his family when the gunfire erupted, told reporters this week. “He was not going to kill my family.”