60 JROTC instructors have been accused of sexual misconduct since 2017, lawmakers say, blasting Pentagon’s lack of oversight 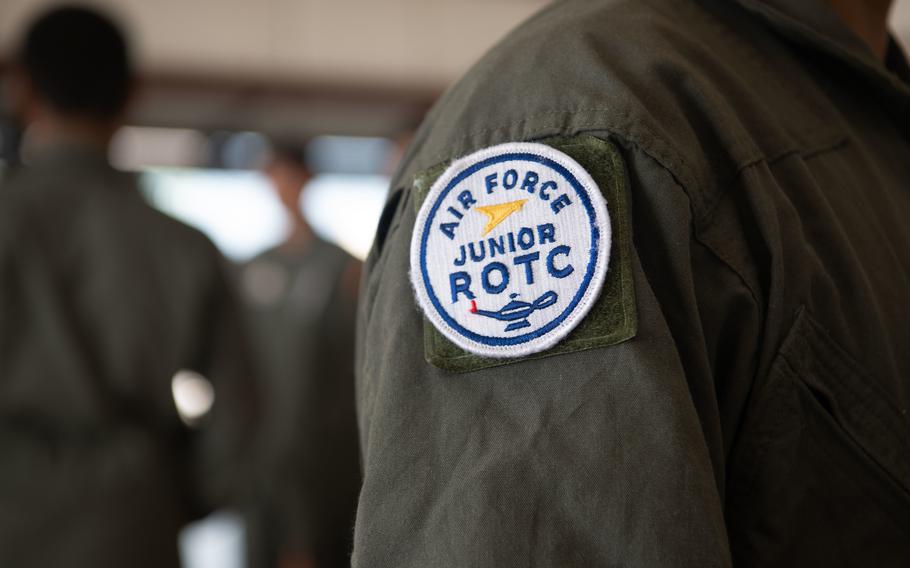 At least 60 JROTC instructors have faced allegations of sexual misconduct involving their students since 2017, a rate higher than previously known, according to a House panel investigation released Wednesday.

Of those 60 cases, allegations of sexual assault, sexual harassment or other misconduct against 58 instructors for the JROTC — officially, the Junior Reserve Officer Training Corps — were substantiated by local law enforcement or school officials, the House Oversight and Reform Committee’s investigation found. Lawmakers, meanwhile, accused Pentagon officials of failing to provide proper oversight of JROTC personnel and not working quickly enough to stamp out the problem during a hearing Wednesday of the committee’s national security subpanel.

“I’m not going to sugarcoat this — this is a scandal,” Rep. Jackie Speier, D-Calif., said during the hearing, which included testimony from civilian officials from the defense secretary’s office and the departments of the Army, Navy and Air Force. “It’s one that each and every one of you need to take ownership of. … It’s traumatizing to me.”

The New York Times in July published an investigation that revealed 33 JROTC instructors — all military veterans — had faced criminal charges for sexual misconduct during the last five years. Committee officials investigating the Times’ reporting found the problem was more widespread than previously known, and that the Defense Department was aware of the problems.

Calling the investigation’s findings “disturbing,” Rep. Stephen Lynch, D-Mass., said it revealed “some JROTC instructors are using their positions of authority to exploit and abuse students who have placed their faith and trust in the U.S. military.”

Lynch, the chairman of the House committee’s national security subpanel, first started the investigation in the summer alongside the committee’s chairwoman, Rep. Carolyn Maloney, D-N.Y.

Across the United States, about 3,500 high schools host JROTC programs that include some 500,000 students. Students, typically 13- to 18-year-olds, who participate in the program are not required to serve in the military, though JROTC has long been considered a critical recruitment tool for the services. JROTC programs are run by retired or reservist military officers or noncommissioned officers from the Army, Navy, Marines and Air Force.

While the military services certify individuals as JROTC instructors, the Pentagon has largely taken a hands-off approach to monitoring those programs, officials testified Wednesday. JROTC instructors are not Defense Department employees, but they are directly hired by the school systems in which they teach. Requirements for those individuals vary between school systems, and the military services have taken differing approaches to oversight. The Army inspects about one-third of its programs each year, the Navy and Marine Corps inspect their programs about every other year, and the Air Force conducts in-person assessments once every three years, officials said Wednesday.

Speier called for the JROTC program to be shut down until new standards for inspections and background checks could be established across all the services’ programs. She likened the issue to the military’s own decades-long attempts to root out rampant sexual assault and harassment issues among its active-duty troops. Many of those who have committed such acts as a JROTC instructor probably did so against their military colleagues while on active duty, Speier speculated.

“I don’t want another kid to be sexually harassed or sexually assaulted — that will stay with them the rest of their lives,” she said. “You've known about this. You’ve done nothing about it since 2017. … This is beyond repugnant. And you have got to take ownership.”

Pentagon officials said they were working on changes to improve their background vetting and supervision of JROTC instructors and providing students and parents new avenues to raise complaints. The Pentagon has been reviewing the JROTC program since the Times story was published in the summer and expects to make reform recommendations by the end of the year, said Thomas Constable, the acting assistant secretary of defense for manpower and reserve affairs.

Among the changes that Pentagon officials plan to implement is to bring in more female JROTC instructors and commit to annual in-person assessments of instructors and their programs, he said.

“There is no place, no justification for the misconduct that has taken place within the JROTC program,” Constable said. “The Department of Defense has an unwavering commitment to the safety and well-being of all JROTC participants and to holding personnel accountable for any misconduct.”

He said instructors accused of misconduct had been removed from classrooms in at least most cases.

While lawmakers welcomed the Pentagon’s efforts to reform JROTC oversight and vetting processes, several argued the defense officials did not seem to be moving hastily enough to do so.

“I was disappointed in that I felt there was a lack of sense of urgency,” Rep. Glenn Grothman, R-Wis., told the Pentagon officials as the hearing ended. “This is a serious problem. You have a sexual assault problem … and it really should be a better, safer environment in JROTC.”

“This is shocking,” added Rep. Debbie Wasserman Schultz, D-Fla. “I don't understand how this has not been treated with urgency … because the military is endangering our nation's youth who are in this program — without making sure we have the vetting and background checks that are essential to ensure that we have people who are safe to be in these roles.”