Pentagon announces another $400 million in military aid to Ukraine, establishes headquarters in Germany to handle shipments and training 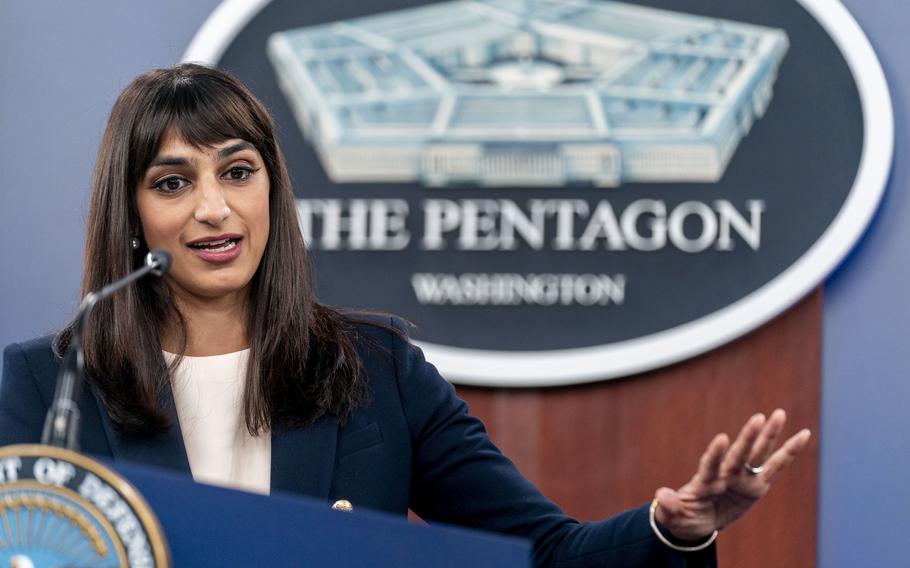 WASHINGTON — An additional $400 million in U.S. aid for Ukraine will pay for more weapons and vehicles, including older Soviet-made tanks from the 1960s, to help Ukrainian troops fight off Russian forces, the Defense Department announced Friday.

The department also announced the creation of a new security headquarters in Germany that will handle weapons shipments and personnel training. It will be called the Security Assistance Group Ukraine, or SAGU.

The new aid will pay for upgrades to military equipment, including HAWK air-defense missiles and dozens of armored tanks belonging to the Czech Republic that will be shipped to Ukraine, Deputy Pentagon Press Secretary Sabrina Singh told reporters.

The T-72B Czech tank is a Russian-made armored vehicle that first entered production in the late 1960s during the Cold War. The Pentagon said it’s putting money into upgrading those older tanks – rather than introducing a U.S. tank -- because it’s more cost-efficient to do so and makes more sense for the Ukrainian troops who will use them.

When the tanks were introduced more than 50 years ago, Ukraine was still part of the Soviet Union and Ukraine’s military has had a lot of experience with them in the decades that followed.

“These are tanks that the Ukrainians know how to use on the battlefield,” Singh said, noting that investing in a different tank would be costly, time sensitive and be a “huge undertaking” for the Ukraine military.

The Defense Department isn’t concerned about Ukraine troops using the 45 older tanks, which will all receive optics, communications and armor upgrades.

“These tanks, we believe, will make a difference on the battlefield,” Singh said.

“The overhauled T-72B tanks included in this package are part of a trilateral, coordinated effort with the Netherlands and Czech Republic,” the Defense Department said in a statement.

The total number of T-72B tanks for Ukraine will be 90, including an additional 45 tanks provided by the Netherlands with the support of the Czech Republic.

Since President Joe Biden took office in January 2021, the United States has provided about $19 billion in security aid to Ukraine, defense officials said. Most of that has come after what the Pentagon called Russia’s “brutal and unprovoked” war in Ukraine, which is now in its ninth month.

The Pentagon noted the additional aid is part of the Ukraine Security Assistance Initiative, which is a funding program that for years has allowed the United States to contribute to Ukraine’s defense. The program has been a major part of U.S. aid since the war began Feb. 24.

“Together with our allies and partners, our efforts will help Ukraine continue to be successful today while building the enduring strength of Ukraine’s forces to ensure the continued freedom and independence of the Ukrainian people,” the Defense Department said in its announcement.