Suspect in violent Pelosi attack in US illegally, could be deported to Canada 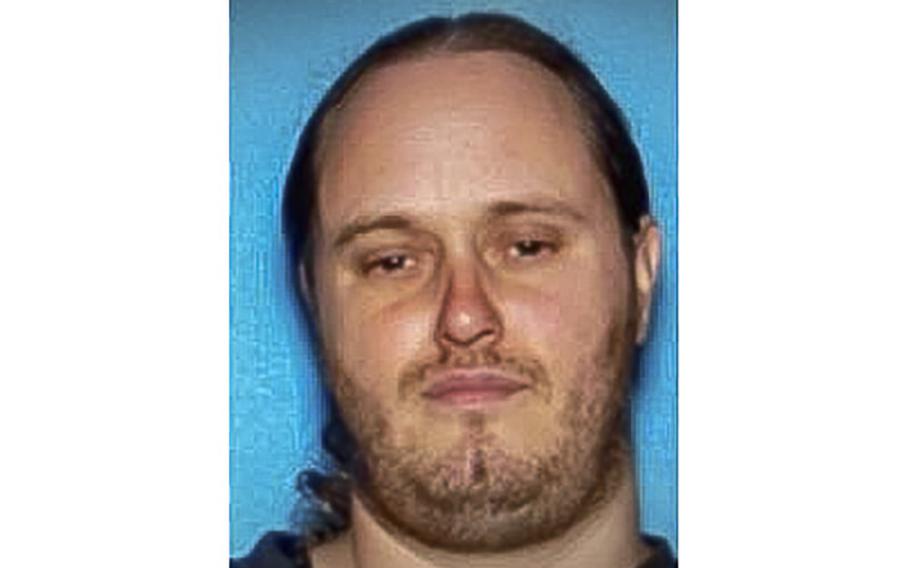 David DePape, seen in a California Department of Motor Vehicles photo, has been charged with severely beating House Speaker Nancy Pelosi’s husband with a hammer in the couple’s San Francisco home on Oct. 28, 2022. U.S. Immigration officials said Thursday, Nov. 3, that DePape is in the U.S. illegally and could be deported to Canada. (DMV)

(Tribune News Service) — David DePape, the man charged with attempted murder in connection with a violent attack against House Speaker Nancy Pelosi’s husband, Paul Pelosi, is in the U.S. illegally and could be deported to Canada, Immigration and Customs Enforcement officials said Thursday.

DePape, 42, has pleaded not guilty to multiple charges in connection with Friday’s attack, which left Pelosi with a fractured skull and serious injuries to his right arm and hands. Federal authorities said DePape, who grew up in British Columbia and moved to California more than 20 years ago, according to a family member who spoke with the Los Angeles Times, had plotted to take Nancy Pelosi, hostage and break her kneecaps, calling her the “leader of the pack” of lies told by the Democratic Party.

Records pulled by ICE found that DePape entered the U.S. as a temporary visitor in March 2008 at the San Ysidro port of entry. Canadians who enter as temporary visitors generally do not require a visa, officials said.

The status DePape used to enter the U.S. generally allows Canadians to stay for six months.

On Tuesday, ICE officials issued an immigration detainer on DePape with the San Francisco County Jail, where he is currently being held without bail.

The detainer seeks a notification from San Francisco law enforcement to notify ICE before he is released in order for the federal agency to take custody of him. Local and state laws limit when jail officials can notify ICE of an individual’s release date.

ICE issues detainers against people facing criminal charges whom the agency has probable cause to believe can be deported.

In a motion seeking to deny bail, the San Francisco district attorney’s office said DePape told officers and medics at the scene, “I’m sick of the insane f---ing level of lies coming out of Washington, D.C.”

In addition to attempted murder, DePape has been charged with residential burglary, assault with a deadly weapon, elder abuse, false imprisonment of an elder and threats to a public official and their family. He faces 13 years to life in prison if convicted of all local charges. He also faces federal assault and kidnapping charges.

It is unclear whether any alarms at the house sounded, but officials said after breaking in, DePape managed to get to the second floor.

There, he found Paul Pelosi, 82, sleeping and repeatedly shouted, “Where’s Nancy?” officials said. The House speaker was in Washington, D.C. — along with her extensive Capitol Police security team — and her husband was home alone at the time of the break-in.

Realizing the potential danger, Pelosi managed to make a quick, surreptitious phone call to 911 and left the line open, authorities said. A 911 dispatcher realized something was seriously wrong and immediately sent police to the address.

Security cameras for the Pelosis’ Pacific Heights residence were not actively being monitored by U.S. Capitol Police the night of the violent home invasion, the government agency said Wednesday.

After reports to The Times and other outlets that a security feed existed, Capitol Police said in a statement that the cameras “are used to actively monitor the speaker’s San Francisco residence around the clock when she is there” but acknowledged that when she is in Washington, D.C., with her security detail — as she was during Friday’s break-in — the “cameras were not actively monitored.”

Prosecutors allege DePape had other targets in mind — including a Bay Area professor and prominent state and federal politicians and their families — when he broke into the Pelosis’ home. He planned to wait for the speaker to return, a motion to deny his bail noted.

Police have not offered a motive for the attack. But San Francisco District Attorney Brooke Jenkins said Monday that based on DePape’s statements and comments to Pelosi, it “was politically motivated.”

A Times review of his online accounts showed that DePape has been involved in the world of far-right conspiracies, antisemitism and hate.

In a personal blog DePape maintained, posts include “Manipulation of History,” “Holohoax” and “It’s OK to be white.” He mentions 4chan, a favorite message board of the far right. He posted videos about conspiracies involving COVID-19 vaccines and the war in Ukraine being a ploy for Jewish people to buy land.

DePape’s screeds include posts about QAnon, a theory that former President Donald Trump is at war with a cabal of Satan-worshipping Democratic elites who run a child sex ring and control the world. In an Aug. 23 entry titled “Q,” DePape wrote: “Either Q is Trump himself or Q is the deep state moles within Trumps inner circle.”

Adam Lipson, DePape’s public defender, said his client’s “vulnerability to misinformation” will be examined as part of his defense.