Democrats fear the midterm map is slipping away

The liberal Navigator public tracking poll flashed a major warning sign for Democrats in mid-October, reporting a 20 percentage point jump since September in the share of independent voters concerned about the economy and gas prices.

That was not the only data showing a turning of the tide in the battle for Congress. Regional challenges had shown up in internal Democratic polls from deep blue sanctums in the Pacific Northwest, New York and even Rhode Island, Democratic strategists say. Crime, a major focus of Republican advertising, has also risen as a major issue in several races.

Candidates say they have felt the ground shift.

“The economic concern is definitely worse, and I think that is probably part of what has corroded concern about abortion rights,” said Marie Gluesenkamp Perez, 34, a Democratic candidate for Congress in southern Washington State.

Perez is a symbol of the Democratic struggles, fighting in a margin-of-error race against exactly the kind of “ultra-MAGA” candidate Democrats have elevated this year — Republican Joe Kent, who denies the outcome of the 2020 election, argues U.S. Capitol rioters have been mistreated and wants a moratorium on all legal immigration. But Democrats in Washington have not yet been able to invest directly in her race, as they play defense elsewhere on far less favorable issues.

Rather than expanding their ambitions, Democratic strategists are now trying to keep voters, donors and volunteers from losing their nerve. Though there is wide agreement that the environment has deteriorated in recent weeks, it is far stronger for Democrats than it was in the spring, they argue.

“It is way better than it was. It is no harder than we thought it would be,” said Tim Persico, the executive director of the Democratic Congressional Campaign Committee, who has said he wish there was more money to fund Perez. “We are in a midterm in a tough economic climate against an extremely well-resourced opponent. It is supposed to be hard. It is not supposed to be a straight line.”

President Biden also tried to tamp down any sense of Democratic panic Friday, when he predicted fortunes would again improve before the Nov. 8 elections.

Unlike the Senate, where a handful of high-profile races will decide control, the next House majority will be slotted together like a jigsaw puzzle on Election Day, with the pieces chosen by retirements, redistricting, recruiting failures, national mood and regional concerns. The GOP is all but certain to pick up at least a few of the five seats they need to take control through new district lines and a few more from flagship races where Democrats have all but stopped spending. But Democrats also find themselves in a position to topple some Republican incumbents.

The real open questions are the dozens of races where polling offers no clear signal. Far more Democratic seats sit on a knife edge than Republican ones, subject to unknown factors like turnout and voter whims over the coming weeks. Predicting the exact outcome has been made even more difficult because polling in 2020 largely failed to see the strong night Republican House candidates had. On the other hand, recent special elections this cycle have shown Democrats outperform expectations.

“The election is so close that we are just past the point of national polling having the ability to tell us where we are. It is going to go race by race at this point,” said Simon Rosenberg, a Democratic strategist who has worked with the DCCC. “The big remaining question is whether the Democratic overperformance of public polls in recent elections carries on to current voting.”

For the moment, Republicans have the momentum, with Democratic margins in Senate races across the country eroding over the last month and alarming polls coming out of Democratic strongholds like Washington and New York that show statewide Democrats with only single-digit advantages. Generic polling averages, which test whether voters prefer an unnamed Republican or Democrat for Congress, have also begun to move toward Republicans, currently standing 8 to 10 points more favorable for the GOP than at this point in 2020.

“The issues that heavily favor Republicans, like the economy and crime, keep gaining importance with voters the closer we get to Election Day,” said Michael McAdams, the communications director for the National Republican Congressional Committee. “That has created a dire situation for Democrats.”

The shift has happened even as Democrats have devoted enormous amounts of money to advertising on the issue of abortion and the Supreme Court’s June decision overruling abortion rights in Dobbs v. Jackson Women’s Health Organization.

“The entire issue set is working against us. It is really hard for a Democrat in a marginal district,” said another Democratic House strategist, who spoke on the condition of anonymity in order to speak frankly. “There was a lot of attention on abortion immediately post-Dobbs. As time has passed the immediacy has dissipated. The everyday reality of buying gas and buying groceries has overtaken it.”

The reality of gas prices has become an obsession of sorts for the Democratic leaders, who have seen their fortunes rise and fall with the numbers posted daily at roadside stations. Prices peaked nationally in mid-June at over $5 a gallon, on the backs of the Russian invasion of Ukraine, before falling to $3.65 in mid-September and then ticking back up to $3.91 in mid-October, according to the U.S. Energy Information Administration.

Last week, they fell slightly again, prompting Biden to announce, “We are moving in the right direction.”

Democratic strategists continue to argue that their focus on abortion rights in advertising is a good strategy, despite the criticism of some in their party. They say internal party research finds there are still many voters who have not fully digested the implications of the new legal reality. Democrats are holding out hope that the issue can raise turnout, overcoming a slight voting enthusiasm advantage that Republicans have held in national polls all year.

“If I told you we were going into a midterm with Democrats having full control and there being disapproval of the economy and high inflation, this midterm should have been over already,” said Jesse Ferguson, a Democratic strategists working in multiple races. “The reality of the abortion issue, the flawed Republican candidates, and Democrat’s progress on some of the agenda are the reasons we are still having the conversation.”

In recent weeks, Democrats have canceled television reservations in Arizona, Texas and Wisconsin, all but conceding pickups for Republicans in three districts where Democratic incumbents opted not to seek reelection. The party has also been alarmed by polling that shows Republican Allan Fung, the former mayor of Cranston, R.I., leading Democratic state treasurer Seth Magaziner in the heart of New England, in a state that has not elected a Republican to Congress since the 1990s.

Republicans, meanwhile, have been testing Democratic boundaries with their additional spending. The Congressional Leadership Fund announced a $4 million investment in the district of Rep. Sean Patrick Maloney (D-N.Y.), the head of the DCCC, fulfilling a long-standing GOP plan to complicate life for Democratic strategists, who now have to worry that the man leading the effort might lose his seat.

In places like Washington’s 3rd district, which hugs the northern border of Oregon, Perez has been outspending Kent in television on the basis of her own fundraising.

But she has not yet received direct help for ads from the DCCC or the House Majority PAC, the outside super PAC supporting House Democrats, even as Kent’s ads include a disclaimer that credits part of the spending to the NRCC. She also not been named to the Democratic Party’s Red-to-Blue program, which helps candidates flip seats. Persico, the head of the DCCC, has described her district as a winnable race that he would invest in if he “had more money.”

“This is one of the golden opportunities,” Perez said Saturday. “And we are really passing it by right now. “

The Washington Post’s Isaac Arnsdorf contributed to this report. 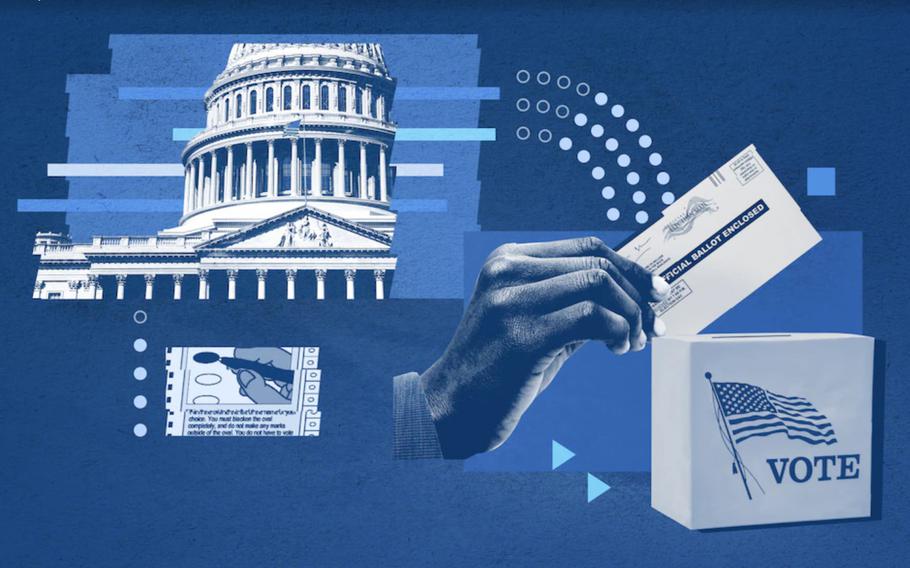