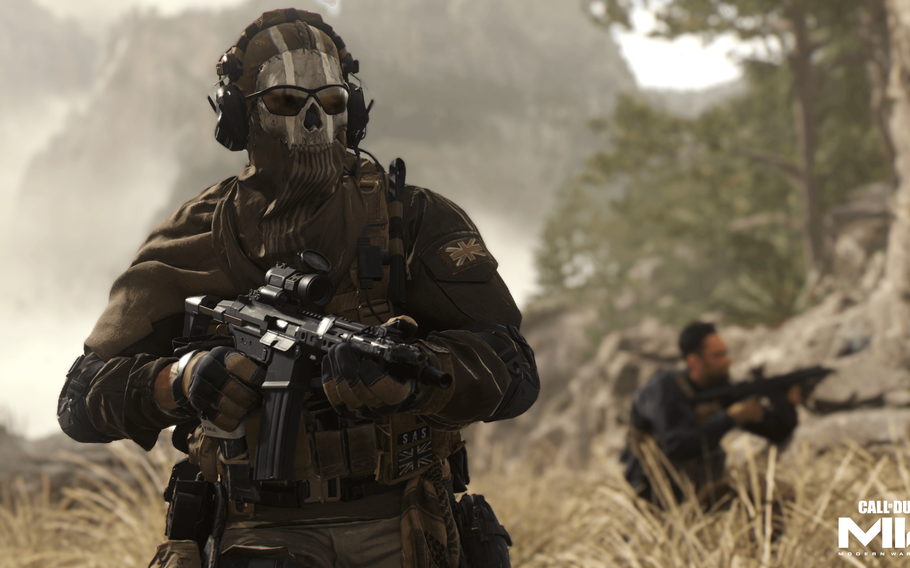 A screenshot from one of the cutscenes in Call of Duty: Modern Warfare 2. (Activison)

I was looking forward to playing a game inspired by current geopolitical problems, and that captured the time period like Cold War did or inspired by modern events like the first Modern Warfare. However, I genuinely had no expectation of what I was getting. I was just excited to get it.

The most that I knew about Modern Warfare 2 before playing it was that your elite squad is confronted by a new terrorist threat that was inspired by killing a top foreign general. Sound familiar? This new terrorist threat ultimately creates ties with a cartel. It’s your job as a member of Task Force 141 to stop them.

When I played Modern Warfare, I had appreciated the plot because it seemed plausible that a terrorist attack would lead to a global manhunt.

The feasibility of this universe is furthered by the backstory of one of the main characters, Farah, who is a freedom fighter. The game unleashes a scene like no other having you play her as a child when she just survived a bombing and is forced to navigate the streets from a war-mongering Russian army.

The graphics for Modern Warfare are still comparatively good for a game released three years ago.

Through visual storytelling, Modern Warfare is a juggernaut to follow.

It builds upon the qualities that were successfully in the original Modern Warfare.

Until it becomes universally available on Oct. 28, I will avoid revealing much.

The plot draws upon backstory expertly to create a plausible story in this modern era of warfare and geopolitical conflicts.

This Call of Duty differs from any other by having you stealthily move around armored guards, jumping from car to car, and an unforgettable final boss battle.

This sequel is also easily the most immersive Call of Duty ever made, especially if you own a PlayStation 5. The PS5 recreates the feel of a draw of a decently weighted trigger.

The graphics are impressively better than Modern Warfare to the point that you see every characters' pores and wrinkles.