Elon Musk turns his diplomatic gaze to China-Taiwan from Ukraine 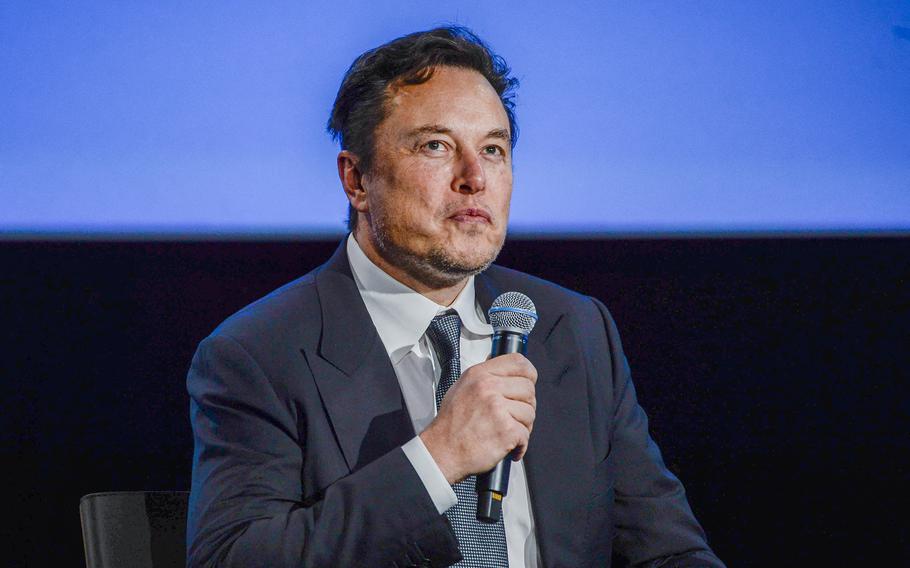 (Tribune News Service) — Elon Musk, chief executive officer of Tesla Inc. and SpaceX, sees himself as a man “trying to do the right thing, which is not always clear.”

But in recent days his remarks about Russia’s invasion of Ukraine and the tensions between China and Taiwan have demonstrated the risks of public diplomacy by a billionaire with complex business interests around the globe.

The Financial Times published a profile on Friday in which Musk proposed his own solution for the tensions between China and Taiwan — handing some control to Beijing. Taiwan is governed independently, but China considers the island part of its territory. He also said Beijing has sought assurances that he won’t offer SpaceX’s Starlink internet service in China.

“My recommendation...would be to figure out a special administrative zone for Taiwan that is reasonably palatable, probably won’t make everyone happy,” Musk told the newspaper. “And it’s possible, and I think probably, in fact, that they could have an arrangement that’s more lenient than Hong Kong.”

The comments matter because Tesla operates an auto plant in Shanghai. At the same time, SpaceX is developing Starlink, a satellite-based internet service that’s proved to be a military asset in Ukraine’s defense against Russia’s invasion.

The remarks are also out of step with U.S. policy: President Joe Biden has said the U.S. would defend Taiwan in the event of a Chinese invasion. The president has also said the U.S. stands by its “One China” policy, in which it has avoided formal recognition of the government in Taipei or providing it a binding security guarantee.

Taiwan’s Mainland Affairs Council Deputy Minister Chiu Chui-cheng said in a text message on Saturday that the island wouldn’t accept the proposal put forward by Musk “based on investment interests to turn a democratic country into a special administration.” The crucial role Taiwan plays in regional democratic politics and global technology and economy is not a product of commercial transactions, he said.

“Taiwan has an advantage in the chip and tech supply chain and has long worked with Tesla,” Chiu said. “We welcome Mr. Musk and other global business leaders to visit Taiwan to see Taiwan’s democracy, freedom and innovation for themselves.”

Chao Tien-lin, a ruling Democratic Progressive Party lawmaker, proposed on his Facebook page that Taiwanese boycott Tesla indefinitely if Musk does not change his tune.

China said it continues to adhere to the basic policy of “peaceful reunification and one country, two systems” on Taiwan, Foreign Ministry spokeswoman Mao Ning said at a regular press briefing on Saturday. China will “resolutely smash” any separatist attempts for Taiwan independence, or external interference, she said.

Though Starlink has been a key asset to Ukraine, the service has failed Ukrainian troops at times on the frontlines.