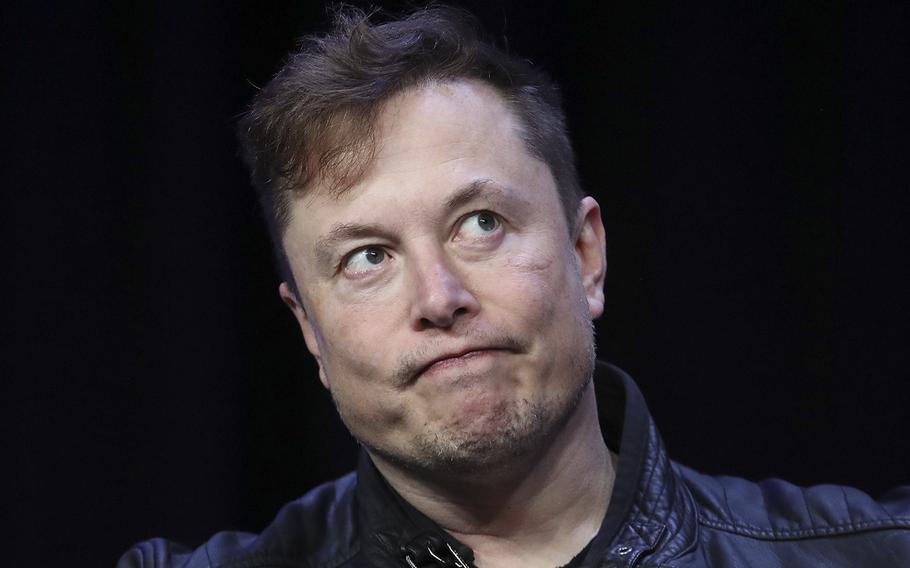 (Tribune News Service) — Automakers racing to make more electric vehicles have a problem: Climate change is catching up with the industry.

On Monday, authorities in China's Sichuan province — the source of about a fifth of the country's lithium production — extended electricity cuts to some industrial users as the most intense heat wave in more than 60 years depletes reservoirs used for hydropower.

Volkswagen said last week its factory in the region was affected by the power shortage and that it expected a slight delay in deliveries to customers. Toyota and battery maker CATL have temporarily closed factories. Tesla and China's SAIC Motor told authorities in Shanghai — roughly 1,240 miles to the east of Sichuan's capital city of Chengdu — that they may have difficulty maintaining production if the power crunch continues to impact suppliers.

In Europe, a drought has threatened to make the Rhine river — a crucial waterway for German, Dutch and Swiss trade for centuries — impassable at a key waypoint. While rainfall over the weekend alleviated risk of disruption to diesel and coal shipments to power stations and industrial plants, Shell already cut production at Germany's biggest oil-processing complex due to the issue. And in the German states of Brandenburg and Saxony, where Tesla and BMW operate car factories, authorities had to ask the military for help fighting several forest fires this summer.

Many carmakers list climate change as business risk factors. Tesla, for instance, warns that if climate-related disasters occur, its headquarters and production facilities "may be seriously damaged, or we may have to stop or delay production and shipment of our products."

While manufacturers clearly realize climate change may hit their production networks, their actions don't always line up with the severity of the threats. Companies continue to set up water-intensive manufacturing sites in regions where supply is increasingly scarce.

Tesla ran into opposition in Germany when building its factory in a region dealing with falling groundwater levels and prolonged droughts. Fremont, California, where Tesla has been producing electric cars for more than a decade, gets around 16 inches of rain per year, less than half the US average. The battery plant Tesla runs with Panasonic in Reno, Nevada, and Lucid Motors' factory south of Phoenix are located in even drier regions.

Lucid, which is part-owned by Saudi Arabia's sovereign wealth fund, plans to build an EV factory in the kingdom near the city of Jeddah, where temperatures can top 120 degrees Fahrenheit in the summer.

Several carmakers including Tesla are equipping factories with renewable-energy generators and say they're working to make their sites more resource-efficient, including by reducing water consumption. At its plant in Chennai, India, BMW collects rainwater in basins during the monsoon season, covering 60% to 90% of the plant's annual water requirement. To further increase this share, more reservoirs for the retention of rainwater are under construction, a BMW spokesperson said.

While the surge in demand for EVs is poised to reduce carbon emissions from transport, it's sparked a mining boom for battery metals, including lithium. The silvery-white metal generally comes from open-pit mines in Australia or from South America, where there are concerns about water waste and toxic materials released from massive evaporation pools. The raw materials are then shipped to Asia for processing. By the time the lithium ends up in European or American EVs, a lot of CO2 has been released into the atmosphere. There are efforts underway to mine lithium without emitting greenhouse gases, but those are still in their infancy.

Volkswagen has set up a facility in Germany to eventually reuse 90% of battery components. It was also an early backer of QuantumScape, the US-listed firm working on solid-state batteries, a potential alternative to widely used lithium-ion technology. The automaker is expected to sign an agreement with Canada to secure access to raw materials including nickel, cobalt and lithium for vehicle and battery production as part of Chancellor Olaf Scholz's visit to the country this week.

VW said the Rhine's low water levels haven't impacted its production, and that its crisis management team has proven itself during extreme weather events and challenges including the Suez canal blockage and the war in Ukraine. The company has also set up a supplier management system to spot signs of disruptions early and work with parts makers to defuse them.

One thing is clear, a spokesperson said: New challenges within its supply chain can only be mastered together.