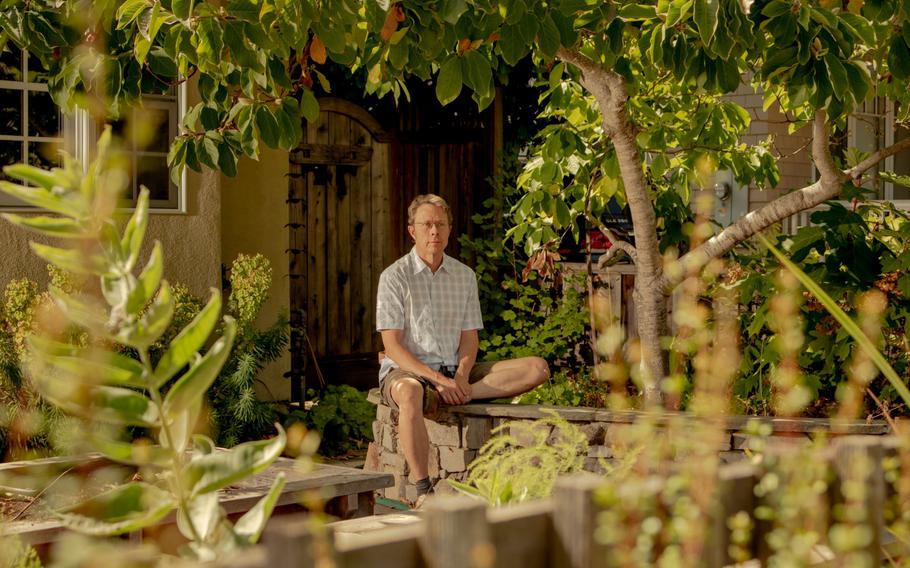 Climate scientist Doug MacMartin. A loose coalition of conspiracy theorists, libertarians and conservative groups — some with fossil-fuel ties — have gone after those who have provided fact checks used to counter misleading claims circulating on sites such as Facebook and TikTok. (Jim McAuley/Bloomberg)

Social-media-savvy climate scientists have something else to worry about besides the fallout from rising global temperatures.

A loose coalition of conspiracy theorists, libertarians and conservative groups — some with fossil-fuel ties — have gone after those who have provided fact checks used to counter misleading claims circulating on sites such as Facebook and TikTok.

The climate researchers, who often volunteer their time, have faced lawsuits designed to drain resources and dissuade their work as well as requests seeking voluminous records from the public institutions that employ them — a tool often used by journalists and others to investigate public agencies. The researchers say the public records that are divulged as a result of the requests are sometimes then used to challenge — or smear — their work and are ultimately intended to muzzle them.

“They make a point of going after the fact-checkers because, in addition to stopping regulation, they also want to prevent or discourage climate scientists from doing things that might educate the public,” said Lauren Kurtz, executive director at the Climate Science Legal Defense Fund.

Kurtz’s organization provides legal assistance to the researchers, and she said 2022 has been the busiest year yet.

Doug MacMartin is just one of the fund’s recipients. Last fall, while he juggled washing the dishes and entertaining his newborn son at home, complete with flecks of vomit on his shirt, a stranger rang the doorbell and served him with a lawsuit.

The plaintiff, Dane Wigington, runs a website called GeoEngineering Watch, which is dedicated to exposing “global climate engineering,” or the use of technologies to alter weather systems. Wigington made a conspiracy-theory-filled documentary, called “The Dimming,” on the same topic. Among its claims is that condensation trails behind airplanes were actually dangerous chemicals being disbursed by the government to alleviate global warming.

MacMartin described the documentary as “pure fantasy” on the fact-checking website Climate Feedback, which TikTok and Facebook employ to assess the accuracy of science-related posts.

Wigington claims that MacMartin’s comments prompted Facebook to limit the visibility of his documentary, curbing its reach and the amount of revenue it generated. He sought $75,000 in damages, not from Facebook or Climate Feedback but from MacMartin himself.

“I mostly felt disbelief,” MacMartin recalls. “A bit of shock combined with, ‘I just don’t have time for this.’ ”

Researchers have been hit with lawsuits and Freedom of Information Act requests from their public employers seeking voluminous records, which then are used, sometimes out of context, to undermine their work, the researchers say.

In a little more than a decade, Kurtz’s group has helped 240 researchers fend off lawsuits and other types of challenges from opponents, including dozens involving fighting what they believe are requests for records that are meant for intimidation, according to Kurtz. The fund normally helps about 40 scientists a year but has already assisted 35 in 2022, she said.

Public records requests, and the data they sometimes unearth, have been a key tool for both sides on the climate change issue, used to hold utility companies accountable but also by climate skeptics to extract information that could discredit a climate scientist.

Daniel Swain, a climate scientist at UCLA who often speaks publicly about wildfires and droughts in the Western United States, recalled his own frustrating experience dealing with a public records request. A group called Energy Policy Advocates sent a records request to UCLA seeking emails, text messages and private encrypted messages related to a fact check by Swain and others of a Wall Street Journal review of the book “Unsettled: What Climate Science Tells Us, What It Doesn’t, and Why It Matters,” by Steven Koonin, an undersecretary for science in the Energy Department under President Barack Obama.

Swain attempted to challenge the request with a university lawyer, complaining of the “presumptive intent of disrupting primary research and outreach activities by inundating climate scientists with requests.” A representative for the records department, while sympathetic, responded that the requesters’ motivations were irrelevant and that they were bound by law to provide the information.

“I spend nights and weekends compiling and going through thousands and thousands of emails because these requests are extremely broad,” he said. “In some cases they’re essentially open-ended. They’re asking about multiple years, multiple keywords and multiple platforms.”

Swain, who receives regular death threats and hate mail, said he is secure enough in his job that he plans to continue speaking out against what he believes are bogus climate claims. But he said not everyone has that luxury.

“I think some folks view this as, ‘Why would I voluntarily make this harder for myself?’ ” he said.

Emmanuel Vincent, a French climate scientist who runs Paris-based Climate Feedback, said volunteer researchers and paid staff members who conduct fact checks receive harassing emails daily. Climate Feedback is contracted by Facebook and TikTok to advise when a post should be removed or partially blocked, part of a broader effort to curb the spread of false information. The nonprofit group is embroiled in two lawsuits from subjects of their fact checks, he said.

Earlier this year, for instance, the organization was sued by libertarian journalist John Stossel, who is seeking more than $2 million from it and co-defendant Meta Platforms. Among Stossel’s claims is that Facebook limited the visibility of his video about the 2020 California wildfires named “Government Fueled Fires” because Facebook and Climate Feedback fact-checkers “falsely attributed to Stossel a claim he never made, and on that basis flagged the content as ‘misleading’ and ‘missing context,’” according to the lawsuit.

In an interview, Stossel dismissed the idea that the suit would intimidate scientists. Instead, he said it was focused on forcing Facebook to reconsider the labels it had placed on his videos. Stossel said part of his legal fees were being funded by wealthy individuals but declined to disclose their names. “Climate Feedback is an activist group that wants people to be hysterical about climate change,” he said.

According to their websites, the two organizations have brought hundreds of public-access records requests to agencies and public universities that employ climate scientists, including some who have helped conduct fact checks on Climate Feedback.

Government Accountability and Oversight states on its website that it seeks to educate the public, using litigation and open-records laws, about public resources being used to promote a specific agenda on environmental and energy policy. Its co-founder, Christopher Horner, is an author whose books include “Red Hot Lies: How Global Warming Alarmists Use Threats, Fraud and Deception to Keep You Misinformed.”

One of Energy Policy Advocates’ board members, Michael Gardner, is a lawyer who has worked for several coal mining companies, according to its website.

Rob Schilling, Energy Policy Advocates’ executive director, said his organization focuses on what public records say “about the way certain actors are using the public’s trust and the public’s money.”

“We think the public deserves to know how the government came to be used for a particular agenda,” he said in an email. Greenpeace uses similar methods, Schilling said, adding that Energy Policy Advocates’ work is modeled after the environmental group. He declined to answer other questions submitted by Bloomberg.

Told of Schilling’s remark, Tim Donaghy, research manager at Greenpeace USA, said, “Whether they copied our FOIA methods or not, they sure missed the boat on basic science.”

FOIA is shorthand for Freedom of Information Act request.

Koonin, whose work was criticized by Swain and others, has previously accused Climate Feedback’s fact-checkers of suppressing open discussion. He said Swain and others criticized his work based on a review in the Wall Street Journal, not the book itself. “The fact check was a pretty sloppy job, unworthy of a group of senior academics,” he said in an email, adding that he didn’t know Energy Policy Advocates or Government Accountability and Oversight.

Peter Neff, an assistant research professor at the University of Minnesota who is better known as Icy Pete to his 195,300 TikTok followers, found out that Energy Policy Advocates had requested his records while on vacation with his family last year. Neff, a fact-check volunteer at Climate Feedback since 2016, said he was instructed to turn over all his communications in the past year mentioning Emmanuel Vincent.

Neff didn’t have any explosive emails to share. But he said other scientists often take contrary positions when debating with colleagues — just the kind of thing that can be taken out of context and used against them.

“It’s enough to make you think twice about how you interact with the public, like you’re taking on a personal liability potentially for just speaking on what we are experts in,” he said.

For his part, MacMartin spent 10 months grappling with Wigington’s lawsuit but recently got some good news. On Sept. 1, a federal court judge in California threw out Wigington’s case.

Wigington said he plans to appeal.