Past Pentagon leaders warn of strains on civilian-military relations

The Pentagon's former defense secretaries and top generals warned Tuesday that political polarization and other societal strains are creating an "exceptionally challenging" environment for maintaining the traditional relationship between the military and civilian worlds.

The assessment is the basis of an extraordinary open letter signed by eight former defense secretaries and five former chairmen of the Joint Chiefs of Staff. Adhering to the military's tradition of nonpartisanship, the leaders do not blame any political leader or party for the situation, but note that the last presidential election was the first in more than a century to have the peaceful transfer of power disrupted.

The former Pentagon leaders said the current environment is challenging for a variety of reasons, including deep political divisions and the impacts of the coronavirus pandemic, and say they fear that the situation could worsen.

At the same time, the U.S. military has ended wars in Iraq and Afghanistan "without all the goals satisfactorily accomplished" and is preparing for "more daunting competition" with other nations, the leaders write.

"Looking ahead, all of these factors could well get worse before they get better," the letter states. "In such an environment, it is helpful to review the core principles and best practices by which civilian and military professionals have conducted healthy American civil-military relations in the past — and can continue to do so, if vigilant and mindful."

The signatories of the letter, published Tuesday morning by War on the Rocks, include former president Donald Trump's two confirmed defense secretaries, Jim Mattis and Mark T. Esper, both of whom clashed with the president and were removed from their positions. Mattis, after leaving office, denounced Trump as a threat to the U.S. Constitution who tried to turn Americans against one another, while Esper resisted Trump's desire to use active-duty troops against people protesting the police killing of George Floyd and later said Trump was unfit for office.

The genesis of the letter, a copy of which was obtained in advance of publication by The Washington Post, was a discussion that began in the spring between Dempsey and Peter Feaver, a civil-military affairs scholar who is sometimes consulted by Pentagon leaders and who teaches with Dempsey at Duke University. They wanted to define best practices for civil-military affairs after Trump and some of his advisers alarmed Pentagon leaders with their rhetoric and ideas, Feaver said.

"We realized that there was a need for a restatement of what civilian control means, and how it applies," Feaver said. "It was striking that as General Dempsey reached out to them to get them involved, to a person they said, 'Oh, yeah. That's important. We need to do that.'"

Feaver said there was some haggling among the signatories over wording and tone before they settled on the final version.

"There was a desire to make sure that this document was not partisan and did not sound like a partisan critique of any single individual," Feaver said.

The signatories said they are concerned about "irresponsible" and "heated" political attacks on U.S. institutions as the midterm elections loom, said Chuck Hagel, a former Republican senator who served as a defense secretary in the Obama administration.

Continued false allegations that the 2020 presidential election was fraudulent have prompted many Americans to question their government's credibility, and Republican lawmakers are now warning that if they take back the House, they will target Justice Department leaders who have investigated potential wrongdoing by Trump, Hagel noted.

"When you add all of this, it gives you a sense for where we're going, and a concern about our future," Hagel said.

The letter states that democracy requires "civilian and military leaders — and the rank-and-file they lead — to embrace and implement effective civilian control" of the U.S. military. The letter also says that civilian control of the military can be exercised by the judicial branch when an administration's decisions are challenged, and that a court ruling is decisive because military leaders are obligated by law and professional ethics to refuse to carry out illegal or unconstitutional orders.

Military officials are required to carry out legal orders, even if they doubt their wisdom, but civilian officials should "provide the military ample opportunity to express their doubts in appropriate venues," the letter adds. Military officials can raise questions about second- and third-order effects and propose alternative ideas, the leaders note.

The letter also notes that there are "significant limits on the public role of military personnel in partisan politics," and that military and civilian leaders both "must be diligent about keeping the military separate from partisan political activity."

The letter comes as Trump continues to weigh another run for president. Officials advising Trump in 2020 openly floated the idea of having the military intervene in voting disputes, prompting senior Army officials to say there is "no role for the U.S. military in determining the outcome of an American election." 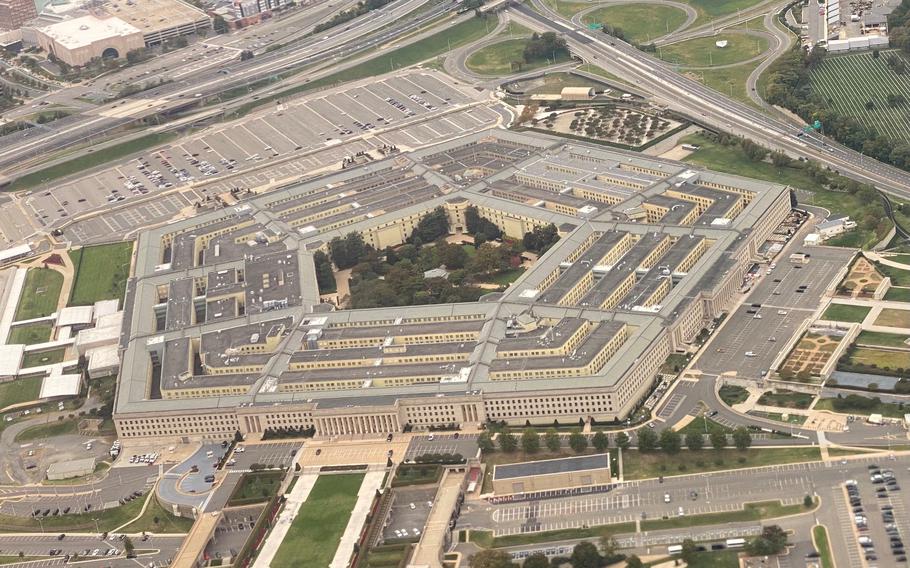 The Pentagon’s former defense secretaries and top generals warned political polarization and other societal strains are creating an “exceptionally challenging” environment for maintaining the traditional relationship between the military and civilian worlds. (Robert H. Reid/Stars and Stripes)