US Rep. Scott Perry seeks to block FBI from accessing his cellphone contents 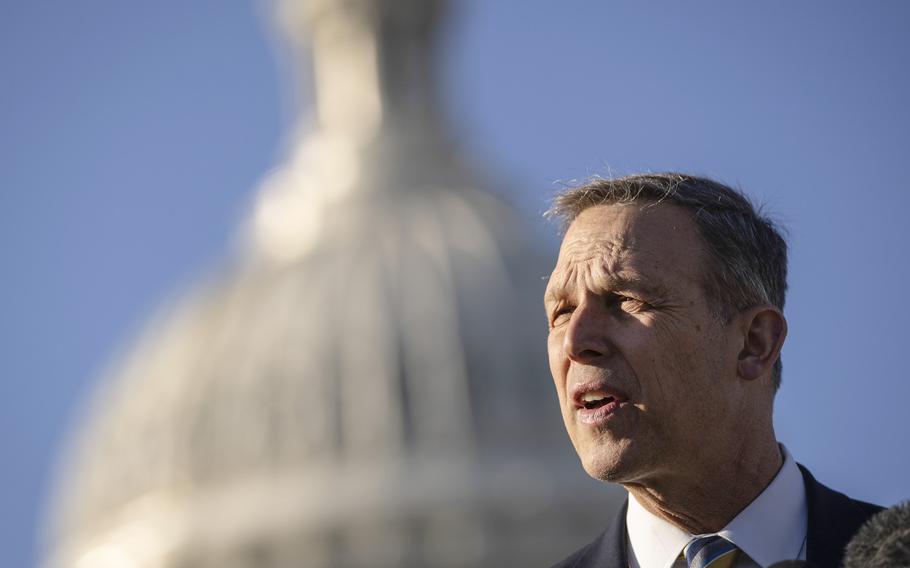 PHILADELPHIA (Tribune News Service) — U.S. Rep. Scott Perry is seeking to block the Justice Department from accessing the contents of his cellphone as officials continue to investigate his involvement in former President Donald Trump’s efforts to stay in power after losing the 2020 election.

FBI agents seized the York County Republican’s phone on Aug. 9 under a court-authorized search warrant. But investigators have not yet been authorized to access any of the material on it, Perry’s attorneys said in a lawsuit filed in federal court in Washington.

The suit asks the court to bar agents from reviewing any data until disputes can be worked out over how much of it should be deemed confidential.

“Federal agents should not be given carte blanche to root around in Rep. Perry’s phone data looking for evidence that they hope might further their investigation,” lawyers John S. Irving and John P. Rowley III wrote in the suit, which was filed last week but only made available on the court’s public docket Wednesday.

They contend the phone contains a wealth of information protected by attorney-client privilege, spousal privilege, and constitutional provisions that shield legislative work from interference by executive branch offices such as the Justice Department and the FBI.

But hours after their lawsuit was made public Wednesday, Perry’s attorneys backtracked, asking the court to set the suit aside for now, saying negotiations with the Justice Department continued and they hoped to reach an agreement without court intervention.

Evidence has been mounting for months that Perry — one of Trump’s top allies in Congress — played a central role in the push by Trump and his allies to overturn the 2020 election results in key battleground states.

He was one of the leading figures seeking to undermine the results in Pennsylvania and led the charge on the House floor to throw out the state’s electoral votes.

Hearings earlier this summer by the congressional committee investigating the Jan. 6 attack on the Capitol also revealed Perry’s involvement in a late 2020 push by Trump allies to replace the attorney general with one willing to use the Justice Department’s influence to try to persuade state legislatures to declaring their elections void.

Rep. Liz Cheney, vice chair of the committee, has also identified Perry as one of several Trump allies who sought a presidential pardon before he left office — a charge the congressman has repeatedly denied.

The exact nature of the FBI’s interest in Perry remains unclear, but in a statement earlier this month, the congressman asserted the agents who seized his while he was vacationing with his family in New Jersey earlier this month told him he was not a target of their probe.

In recent months, agents have also seized the phones of two other key figures in the plot to replace the attorney general including attorney John Eastman, the lawyer behind the theory that states could send an alternate slate of pro-Trump electors to the Jan. 6 certification of the electoral vote by Congress, and Jeffrey Clark, the Philadelphia-born DOJ lawyer Trump considered installing as head of the Justice Department.

Eastman and Clark have raised similar objections to the FBI’s efforts to review the materials on their phones.

In his suit last week, Perry noted that the warrant to seize his phone had been signed by a federal magistrate judge in Harrisburg on Aug. 2 — a week before agents approached him.

Since then, the lawsuit said, he and his attorneys have been negotiating with the Justice Department over procedures to ensure prosecutors do not access protected material on it.

According to the lawyers, the DOJ has said it might agree to a process in which Perry’s attorneys and government attorneys not directly involved with the ongoing probe review the contents of the congressman’s phone together and make decisions on what information should be passed on to the team investigating the case.

However, before agreeing to such a framework, they demanded Perry waive all constitutional protections shielding legislative work product — a request the congressman has refused.

If no agreement can be reached, the FBI will need to secure a second search warrant for the contents of Perry’s phone and similar arguments are likely to emerge over what material should be considered privileged.

“It’s improbable,” Irvin and Rowley said in the lawsuit, “that the government can establish probable cause of a nexus between any, let alone every, file on Rep. Perry’s phone and whatever criminal behavior it is investigating.”