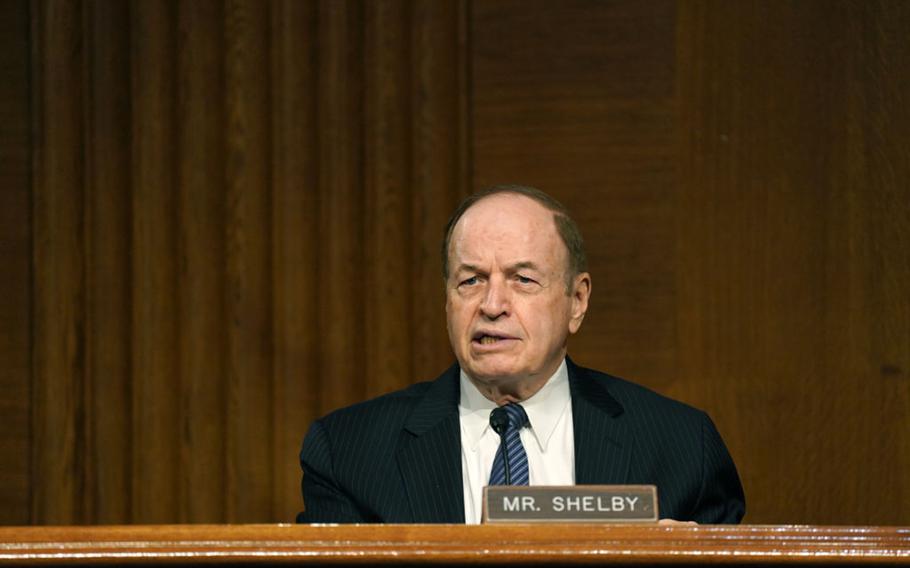 WASHINGTON (Tribune News Service) — The Senate Appropriations Committee’s new defense spending bill would add $4 billion to the Navy budget — money the Navy did not seek and much of which the Armed Services and House Appropriations panels did not approve — for warships built largely by the constituents of senior appropriators.

The fiscal 2023 bill requires the Navy to spend that $4 billion to build all or part of a destroyer, two amphibious ships, a cargo vessel and several troop-ferrying hovercrafts. None of that added spending was requested in the president’s budget. Nor was any of it on the Navy’s list of “unfunded priorities” that did not make the administration’s budget.

The House’s companion defense spending bill would not fund any of the additional money. And the Senate and House National Defense Authorization Acts, or NDAAs, authorized only some of it.

As it happens, the current spending law, covering fiscal 2022, also includes just over $4 billion the Navy did not seek.

Spending more than the Pentagon wants for defense programs of parochial significance is not new. But the ship spending surge stands out for several reasons: the amount of money involved, the regularity of the additions, the lack of public support from the Navy’s top admiral for the spending, and the extent to which other defense committees did not support the bulk of it.

Also noteworthy is how the money frequently ends up being spent in or near the states of influential lawmakers such as Richard C. Shelby of Alabama, the top Republican on the Senate Appropriations Committee, who is retiring after this term. Shelby retains substantial sway in a Senate where Democrats’ majority is as slim as it gets.

“Sen. Shelby may be retiring, but, as the senior Republican on approps, he’s certainly not slowing down in bringing home the bacon to Alabama,” said Steve Ellis, president of Taxpayers for Common Sense, a government spending watchdog group. “It’s not like the Navy was shy about requesting ships in the budget or even in their wish lists, but Sen. Shelby has his own wish list that is all about Alabama.”

A spokesperson for Shelby said via email that the senator does not support the fiscal 2023 spending bills, which Democrats released last week. One reason he does not support it, he says, is that it provides too few dollars for defense.

As for the ship spending, the spokesperson said: “Vice Chairman Shelby supports funding that would benefit workers in his home state of Alabama and strengthen national security.”

The injection of billions of dollars into one region of the country — to spend more than even the other hawkish congressional defense panels or the Navy itself seek — is a broken system, critics say, and the ships budget is just one piece of it.

Winslow Wheeler, a former Senate aide who also served as an assistant director at the Government Accountability Office, said the additional ship spending is now a routine part of what he called “a profoundly corrupt, but technically legal, DOD funding system.”

In fiscal 2022, lawmakers actually added $58 billion to the budget and had to subtract more than $30 billion from other programs the Pentagon did want in order to arrive at the $25 billion-plus net addition, according to a Pentagon report disclosed by CQ Roll Call last month.

For fiscal 2023, lawmakers are poised to boost the defense budget by even more than they did in this fiscal year.

The defense funding hikes are the latest part of a trend. The Pentagon budget has grown by nearly 50 percent in nominal terms in the past nine years. And unrequested ship spending has been a major component of that growth.

The Defense Department’s so-called unfunded priorities lists — which are sometimes called “wish lists” — have become a de facto addendum to the annual defense budget requests. As such, the lists, written mostly by top officers, effectively augment the Pentagon budget requests in a way major nondefense departments and agencies do not.

Supporters of the lists say they give lawmakers a sense of priorities that were squeezed out of presidents’ requests due only to a dearth of money.

But the unrequested ship spending that Congress allocated in fiscal 2022 and that Senate appropriators are proposing for fiscal 2023 is not even found on the Navy’s wish list.

The $4 billion includes money to start building a third destroyer, for $2.57 billion, as well as the two destroyers the Navy sought in the budget. The bill also adds $77.3 million in “advanced procurement” appropriations for a future destroyer.

The House-passed NDAA authorized the third destroyer, but the Senate’s NDAA did not.

Construction of the Navy’s destroyers is divided between two shipyards. One is General Dynamics’ facility in Bath, Maine — the home state of Sen. Susan Collins, a GOP member of the Appropriations Defense Subcommittee. The other is the Huntington Ingalls Industries shipyard in Pascagoula, Miss., which is close to the border with Alabama, home to Shelby and Republican Rep. Robert B. Aderholt, a member of the House Appropriations Subcommittee on Defense.

Huntington Ingalls’ website calls its Pascagoula facility “a major contributor to the economic growth of both Mississippi and Alabama.”

Sen. Jon Tester, the Montana Democrat who chairs the defense spending panel, did not say whether he supports the unrequested ship money but offered a broad statement of support for the bill.

“The funding levels in the legislation are informed by a variety of factors, including extensive input from military leaders, the evolution of threats facing our troops, and capability gaps across a wide spectrum of missions,” Tester told CQ Roll Call in an emailed statement.

Senate appropriators’ $4 billion in additions also included $250 million in advanced procurement funds for a future Landing Platform/Dock Flight II amphibious transport ship, on top of funding for an LPD that the Navy asked for — one of the only Senate appropriations additions to the ship budget that both the Senate and House NDAA authorized.

Senate appropriators also tucked into their bill $289 million in additional spending to bankroll advanced procurement of parts for a future Landing Helicopter Assault amphibious ship, which is a smaller version of an aircraft carrier, in addition to buying one that was in the request. The Senate NDAA does not authorize this additional LHA spending, though the House NDAA does.

Both those types of “amphib” ships are, like about half the Navy’s destroyers, made in Pascagoula.

Senate appropriators inserted $645 million the Navy did not seek at all in fiscal 2023 to procure a pair of Expeditionary Fast Transport ships, high-speed cargo vessels built in Mobile, Ala., by Austal USA.

The Senate bill also includes $264 million in unrequested funds for three ship-to-shore connectors, which are smaller air-cushioned craft that ferry military personnel ashore from amphibious ships. These vessels are built by Textron in New Orleans, which is only about a two-hour drive from Alabama.