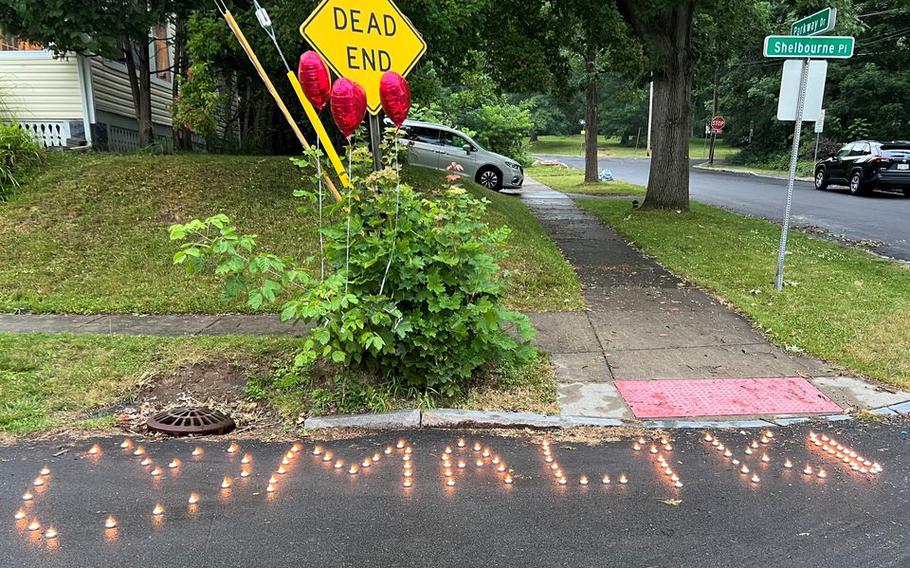 (Tribune News Service) Syracuse, N.Y. — Immanuel Lowe moved into his Georgia home across the street from Malik Sharif Shipman and his family in 2017.

He quickly learned that Shipman was a good neighbor.

It was a common occurrence along that Fairburn, Ga., cul-de-sac to see Shipman help a neighbor take out the trash or escort a neighbor’s mother back home after a walk, Lowe said.

“He’d see me outside doing something and he was always very helpful,” Lowe said. “There were a lot of people in the neighborhood as well that he had a good relationship with in regards to being helpful.”

Shipman, 19, an Army private 1st class stationed at Fort Drum, was fatally shot Monday night at a Fourth of July party in the 300 block of Parkway Drive near Onondaga Park in Syracuse.

He was shot in the midsection at about 11:15 p.m., Syracuse police said. He died later at Upstate University Hospital.

Shipman joined the Army in July 2020 immediately after graduating from Langston Hughes High School in Fairburn, Georgia. Fairburn is a small city about 20 miles southwest of Atlanta.

Lowe, who also served in the Army and was once stationed at Fort Drum, said he spoke to Shipman during his going-away party about his own experiences in the military because the young man wanted to know what it was like.

“He made it an enjoyable experience that I won’t ever forget,” he said. “He was immediately a very charismatic person to be around. Always full of energy and a strong desire to work.”

Schwartz said Shipman’s positive attitude helped keep everyone going when times got tough during basic training. He would chase friends through the halls or jump on a table and start dancing when a good song came on, he said.

“His great attitude for life always cheered people up to get up and get back at it,” he said. “We would run through the halls playing rock music at the end of the day to get everyone out and laughing. Definitely the life of the party and I wish I got to hang out with him more. I had many great times with him and he will be deeply missed.”

After completing basic training in October 2020, Shipman was stationed at Fort Drum, the home just outside of Watertown for the Army’s 10th Mountain Division.

He was a carpentry and masonry specialist with the 642nd Engineer Support Company, 46th Engineer Battalion, 20th Engineer Brigade, XVIII Airborne Corps, according to a news release issued Wednesday by Fort Drum.

During his time at Fort Drum, Shipman completed the Combat Lifesavers Course and was awarded the National Defense Service Medal and the Army Service Ribbon.

Lowe, the neighbor back in Georgia, said he appreciated Shipman’s respectfulness so much he once gave him permission to ask out his daughter, who attended high school with Shipman.

“He asked me one day when they were in the 10th grade, would it be okay if he dated my daughter,” Lowe said. “I’m old school with it. I told him based off his character and from what I’ve seen so far, if that is a decision my daughter wants to make, I’d be okay with it. ‘But don’t think I don’t have my eye on you.’”

Lowe doesn’t believe the two ever dated but they became close friends who every morning would walk together to the bus for school, he said.

“They had a very good friendship,” he said. “That’s how I found out about his passing. My daughter called my brother and told him what was going on.”

Lowe said Shipman’s death has hit close to home for him and his family.

“It’s very heartbreaking to hear that this has taken place,” he said. “So for me the memories replaying of our interactions was very hard and sad for us. It definitely hit us like it was a family member of ours.”

Lowe said the news of Shipman’s death was also shared through a neighborhood group chat.

“It was shocking to the whole neighborhood,” he said. “Everyone in our cul-de-sac, which is about eight or nine houses, are very sad to hear that this happened.”