“Without any further action, today will be the last day that Jackson Women’s Health can provide abortion care,” said Hillary Schneller, a senior staff attorney at the Center for Reproductive Rights who represents the clinic. “That means the last abortion provider in Mississippi will no longer be able to provide essential care to both folks in Mississippi and folks who’ve been traveling across multiple state lines to access this essential care before it’s too late.”

Chancery Judge Debbra Halford denied the clinic’s request for injunctive relief on Tuesday, citing the U.S. Supreme Court’s decision to strike down Roe v. Wade last month. Halford, who is a trial judge in southwest Mississippi, was appointed to decide the case after local judges in Hinds County, Mississippi, where the clinic is located, recused themselves.

“The bans we challenged, both the trigger ban and the six-week ban, should unquestionably have been blocked based on existing protections under the Mississippi Constitution,” Schneller said. “People do not lose their right to bodily autonomy when they become pregnant.”

Robert McDuff, another attorney for the clinic, said that the legal team is considering next steps, including a possible appeal in the coming days, but the clinic will not be able to continue offering services while the case winds its way through the courts.

“As for now, the prospects for reopening the clinic are not very good,” McDuff said.

Mississippi’s trigger law was passed in 2007, when Roe still secured federal protections for abortion access. The law bans nearly all abortions with narrow exceptions in the case of a rape that is reported to police or to save the life of the mother. The state can begin enforcing that law for the first time on Thursday.

The Tuesday court hearing that decided the immediate fate of the state’s last abortion clinic began with a pastor’s prayer, requested by the judge, for “the presence of [the] Holy Spirit in the courtroom.”

Mississippi’s solicitor general, Scott Stewart, argued the state’s case in favor of allowing the trigger law to take effect, contending that the 1998 ruling relied heavily on Roe and Planned Parenthood v. Casey, which were overturned by the U.S. Supreme Court last month. Halford agreed with the state.

“Since Roe and Casey are no longer the law of the land, reliance upon Fordice will almost certainly not be well-founded when pursuing this case in the Supreme Court,” the judge wrote in her order denying an injunction. “When considering Fordice, in light of Roe, Casey and Dobbs, it is more than doubtful that the Mississippi Supreme Court will continue to uphold Fordice.”

Halford acknowledged that the potential harm to patients seeking abortions, including psychological trauma and a perceived loss of opportunities, would be “significant, and irreparable.” But she ruled that the state had a more compelling case for enforcing the law.

Halford said the state had “legitimate interests” in applying the trigger law as soon as possible, including “’respect for and preservation of prenatal life at all stages of development,’ ‘the protection of maternal health and safety,’ ‘the elimination of particularly gruesome or barbaric medical procedures,’ ‘the preservation of the integrity of the medical profession,’ ‘the mitigation of fetal pain,’ and ‘the prevention of discrimination on the basis of race, sex, or disability,’ all as noted by the U. S. Supreme Court in Dobbs.”

After the court’s decision to allow the state’s near-total abortion ban to take hold on Thursday, Republican Gov. Tate Reeves cheered the ruling as “a great victory for life.”

“Every life has inherent dignity and Mississippi will continue to do everything it can to advance the fight for life,” Reeves added in a statement on Tuesday. 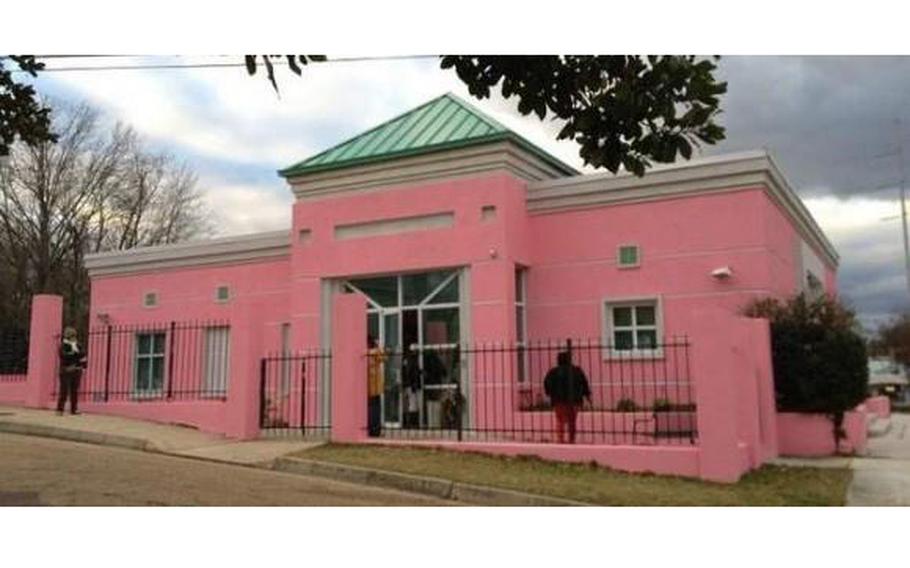