The fight to destigmatize mental health care in the defense industry 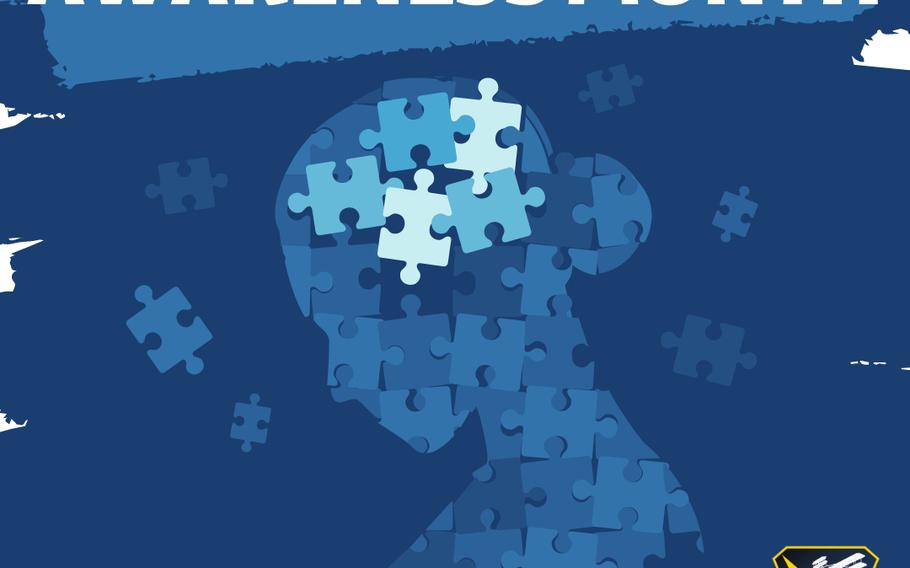 A graphic from Wright-Patterson Air Force Base in honor of Mental Health Awareness Month in May. Workplaces in the defense industry are aiming to provide more mental health supports to employees. (Megan Mudersbach)

If there's an upside to the pandemic and multiple other subsequent crises, it's that workplaces have become much more open to de-stigmatize employees suffering with mental health issues and more intentional about helping them address their stresses.

That's not necessarily the case in the intelligence and defense communities, according to Amy Gilliland, president of defense contractor General Dynamics Information Technology (GDIT) in Falls Church, Va. Many fear that acknowledging a mental health issue could invite scrutiny that ultimately would result in the loss of security clearances.

But Gilliland is trying to change that. Last fall, she launched the "How are you, really?" campaign to spark company- and industry-wide conversations about mental health issues.

"It's understandable that many of us are feeling overwhelmed, depressed or simply not okay. I want you to know that I see you, I hear you and GDIT supports you," Gilliland says in a one-minute video highlighting the campaign on the company's website. "It's always okay to seek help whether you have a security clearance or not."

The depth of the emotional toll on her employees - and the fact that many were suffering in silence - became painfully clear to her in the summer of 2021 when she got a call from the office while on vacation notifying her that an employee had committed suicide. That coincided with two recent suicides in her personal circle.

"The team working with the individual was stunned. They had no idea what was going on," she said in an interview. "Their own mental health was challenged by the experience. She said she decided "we have to do something, people are struggling."

She instructed her team to tackle the issue on several fronts. The program's website offers a video on suicide prevention; contacts to therapists; links to employee assistance groups and health coaches; and tips on carving out "me time," managing stress, adopting an attitude of gratitude, budgeting during crises and supporting loved ones in need of encouragement. Thirty percent of the 28,000 employees are veterans, so GDIT also is reaching out to them.

Moreover, the company is doing much more to accommodate people who've indicated that they're burned out and ready to quit. "If you want to resign, that is your prerogative, but we can do a rebalancing of work, we can look at your work hours or give you a leave of absence. We're employing tools to keep employees on board."

Response to the program has been strong. More than 500 managers have attended sessions on how to identify signs that their employees need help. More than 5,000 staffers have visited the program's website. And participation in the "Make Time for Your Emotional Well Being" series has risen two-fold in just a few months.

Now she's taking her message outside the company. She's highlighted the issue on panels with industry groups, during a recent commencement speech at Virginia Tech and in columns on LinkedIn and Instagram. "This is an issue with us to stay," she said.