In Florida, man finds remains of a historic battlefield in his driveway 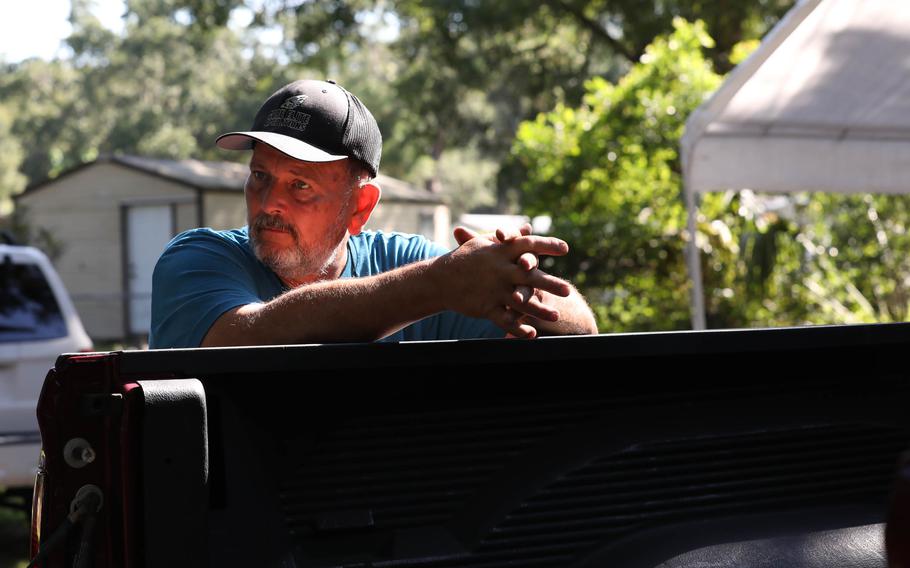 Aaron Defaria’s kids would bring him what they called diamonds, dug out of the shell-and-rock driveway at their Seffner home.

But he thought they were just shiny rocks, chalked it up to childhood imagination and thought little of it.

Then, as the driveway’s shell and rock loosened over the years, his kids began finding more of the shiny objects, and also what looked like tiny stone and iron cannonballs.

Defaria asked his amateur historian uncle, Gary Cananzey, to have a look. 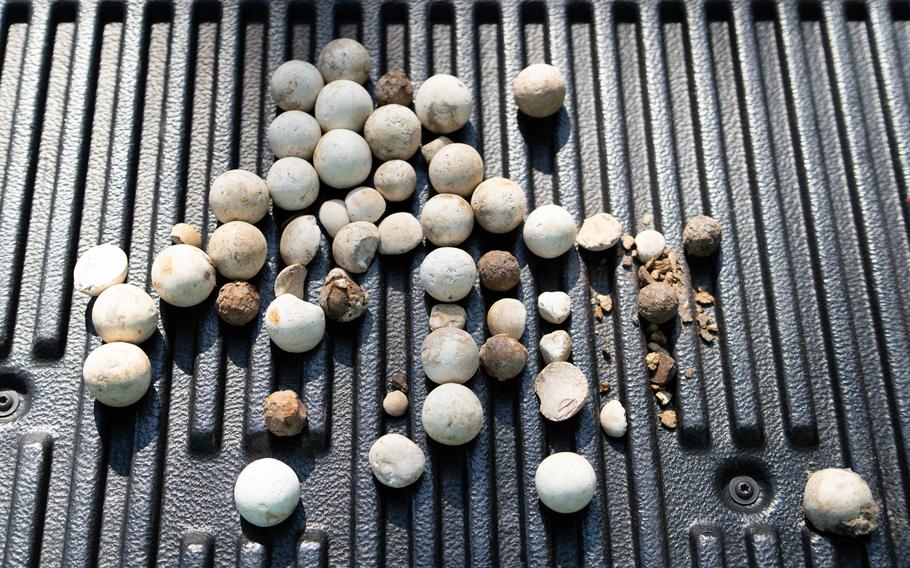 On the back of his truck, Gary Cananzey laid out various artifacts found at his nephew's driveway. They appear to be projectiles dating to the Seminole Wars or Civil War. (Angelica Edwards, Tampa Bay Times/TNS))

Those are pieces of Native American jewelry, plus stone shot and iron shot — projectiles used in battles — Cananzey said, and it all likely dates to the three Seminole Wars, which spanned 1817 to 1858.

“I told him that his driveway looks like a battlefield,” Cananzey said. “But where did it come from? It’s not from here.”

A previous homeowner had the driveway filled with shell and rock. Cananzey believes the fill was dug from land that once hosted a battle.

“It’s a mystery,” Cananzey said. “It’s a treasure hunt that we want to solve.”

It will be difficult to do so.

Defaria moved in around eight years ago as a renter and purchased the home this year.

The previous homeowner, Allison Laiosa, said the shells and rocks were there when she purchased it. She never noticed projectiles or pieces of jewelry. And the owner before her has died.

The Tampa Bay Times could not locate a permit in Hillsborough County online records for the driveway work.

At the invitation of the Times, Rachael Kangas from the Florida Public Archaeology Network visited Defaria’s home to verify the authenticity of the objects.

Kangas said she’d need to study the shiny rocks more before declaring those pieces of Native American jewelry, but the stone and iron balls do appear to be projectiles that would have been shot from a cannon, possibly a handheld one.

She agreed they could date to the Seminole Wars or Civil War, but said that’s not definitive.

“So where around here were great battles?” Cananzey said. “That might solve the mystery.”

Not really. Most driveway fill comes from licensed mines.

Cody James, a sales manager with Southern Landscaping Materials, said much of Florida’s driveway fill is dug in Punta Gorda mines owned by Weeks Farm and Florida Shell. They then distribute it to wholesalers and contractors throughout the state.

“I’ve heard of people finding arrowheads” in their driveway fill, James said. “But nothing as extreme” as what was found at Defaria’s property.

There is a shell mine in Ruskin. But owner Bill Casey said those artifacts could not have come from his current or past operations.

“My shell deposit is nearly 2 million years old,” he said, and artifacts in his mines date to prehistoric times.

But a license is not needed to remove less than 10,000 cubic yards of shell from a property, Casey said. “That happens all the time. A construction crew hits a layer of shell, digs it up and sells it.”

So, if the fill used for Defaria’s driveway is local, Casey said, it’s likely from such a source.

Due to the number of projectiles found in his nephew’s driveway, Cananzey believes it was large battle. While at the house, the Times found and dug out two stone projectiles and an iron one.

“A lot of these are shattered into pieces,” Cananzey said. “They hit something. This is not a military cache that was left behind. These were fired.”

Civil War skirmishes in the Tampa area were minor.

A large Second Seminole War battle might have taken place less than 10 miles from Defaria’s home.

In “The Fort King Road: Then and Now,” author Jeff Hough wrote that he believes nearly 1,000 men fought in a Second Seminole War conflict in 1836 that occurred in what is today the neighborhood of Pemberton Creek, built in the late 1970s.

“Maybe when they dug up dirt, it was sold as fill,” Hough said.

Other Seminole Wars battles were fought throughout Tampa Bay.

The Dade City Massacre, a battle in which more than 100 U.S. soldiers were killed in an ambush on Dec. 23, 1835, is widely considered the start of the Second Seminole War, for instance.

If his nephew’s driveway fill came from a local source, Cananzey said, other homes might have it, too.

“Maybe they remember who they hired to do it,” Cananzey said. “Maybe if they come forward, we can solve the mystery.”