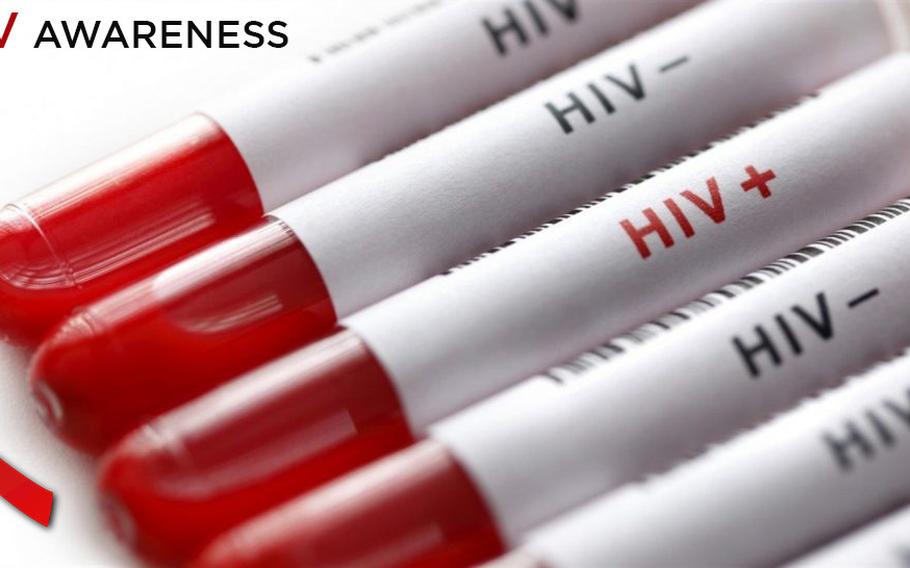 HIV awareness graphic was created at Fort Carson, Colo., on July 16, 2021. Asymptomatic HIV-positive service members can now remain in the military and deploy on missions if the amount of virus in them is clinically confirmed undetectable, according to an updated Pentagon policy. (Woodlyne Escarne/U.S. Army graphic)

WASHINGTON — Asymptomatic HIV-positive service members can now remain in the military and deploy on missions if the amount of virus in them is clinically confirmed undetectable, according to an updated Pentagon policy.

The decision, implemented Monday, was made “in view of significant advances in the diagnosis, treatment and prevention” of HIV, according to a Pentagon memo released this week.

Previously, commanders had the authority to involuntarily separate a service member who tested positive for the human immunodeficiency virus or prevent them from deploying, which can lead to a discharge. Instead, the new policy calls for HIV-positive military personnel, including military academy cadets and midshipmen, to be “evaluated on a case-by-case basis.”

Defense Secretary Lloyd Austin has ordered a Pentagon working group develop standards for case-by-case determinations for such personnel, according to the memo.

“Included in such standards will be the period during which, and method by which, covered personnel must exhibit an undetectable viral load and be symptom free,” Austin said.

The proposed standards are due to Austin in six months, according to the memo.

About 350 service members are diagnosed with HIV annually, according to a 2019 report by the Congressional Research Service.

The policy does not change HIV-positive status as a disqualification for new enlistments, however. Diagnosis must occur after a service member is already in the military or enrolled in a commissioning program at a military academy, according to the policy.