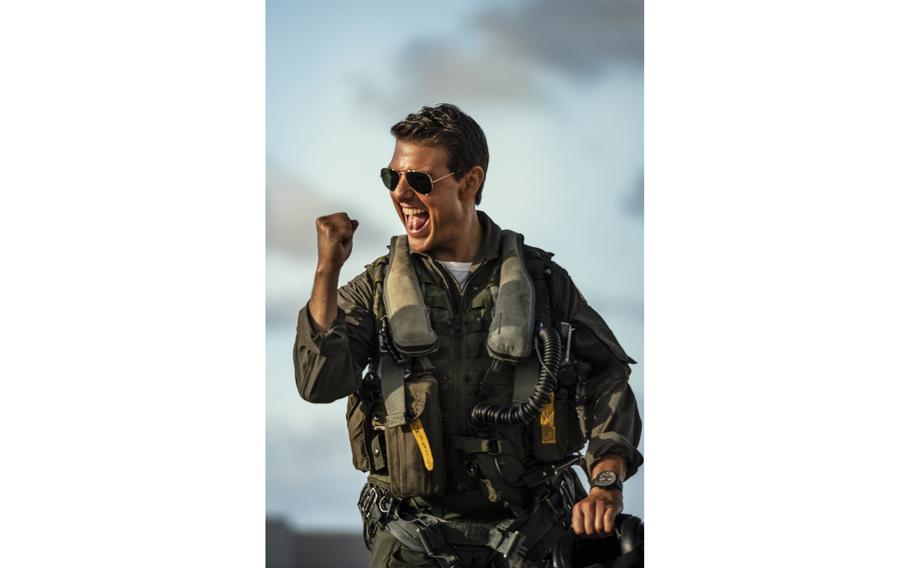 The sequel “Top Gun: Maverick” features Cruise’s character wearing a bomber jacket with the Taiwan flag, something considered an independence symbol by authorities in Beijing, who view the island as part of its territory. The government of President Tsai Ing-wen asserts Taiwan is already a de facto independent nation in need of wider international recognition.

The flag was either missing or couldn’t be seen properly in a trailer for the film in 2019, prompting some people to wonder whether it had been removed to satisfy demands from China’s censors. But when the full movie recently hit theaters, keen observers noted that the flags had made a comeback. Similarly, the Japanese flag was reinstated.

During an advanced screening in Taiwan, audiences cheered upon seeing Taiwan’s flag appear on Cruise’s jacket and applauded several times throughout the film, according to a report by local online media outlet SETN.

The film isn’t expected to be released in China. Commentary regarding the film on a some movie-focused Chinese social media accounts focused on the film’s box office success. Maverick topped the Memorial Day weekend charts in North America, taking in an estimated $124 million in ticket sales.

Hollywood has a long tradition of bowing to pressure from Chinese censors, removing images and dialogue from scenes that might be considered offensive in President Xi Jinping’s increasingly conservative society.

But the decision to keep the image of the flag on the back of the jacket worn by protagonist Captain Pete “Maverick” Mitchell suggests that at least some Hollywood executives might be turning a new page when it comes to Chinese censorship.

“Hollywood is now pushing back,” Chris Fenton, a former movie executive who wrote “Feeding the Dragon: Inside the Trillion Dollar Dilemma Facing Hollywood, the NBA, & American Business.” “The market is simply not worth the aggravation anymore in attempting to please Chinese censors.”

Chinese tech giant Tencent Holdings Ltd. withdrew from the $170 million Paramount Pictures production on concerns the company’s affiliation with a movie celebrating the US military might anger Beijing, the Wall Street Journal reported earlier, citing people familiar with the decision. Tencent didn’t immediately respond to a request for comment on Tuesday.

Authorities in Beijing are particularly sensitive to anything that could imply that Taiwan is an independent country. In 2018, companies including Air France-KLM and Deutsche Lufthansa AG were among more than 40 airlines that made changes to their websites to modify references to Taiwan.