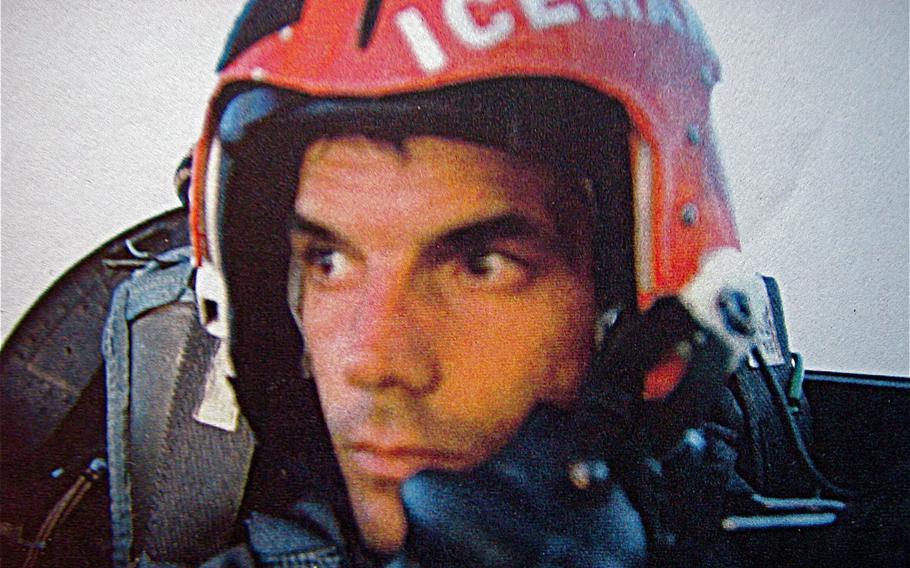 The Iceman had his hand on the ejection handle and was ready to punch out after an engine fire broke out on his F-4 Phantom flying with afterburners shortly after takeoff.

But this was no scene from the 1986 blockbuster film “Top Gun.”

Former Navy flight surgeon Deniz Tek, 69, of Hawaii, was the Iceman before actor Val Kilmer made a character with the same call sign legendary.

The flying doctor grew up in Ann Arbor, Mich., where he listened to rock bands like The Stooges and The Rolling Stones, he told Stars and Stripes by phone in February. In 1972, he moved to Sydney, Australia, to study medicine at the University of New South Wales and started playing in local bands.

From 1974 to 1978, he played “high-energy rock” guitar in Radio Birdman, which amassed a cult following and was inducted into the Australian Recording Industry Association Hall of Fame in 2007. 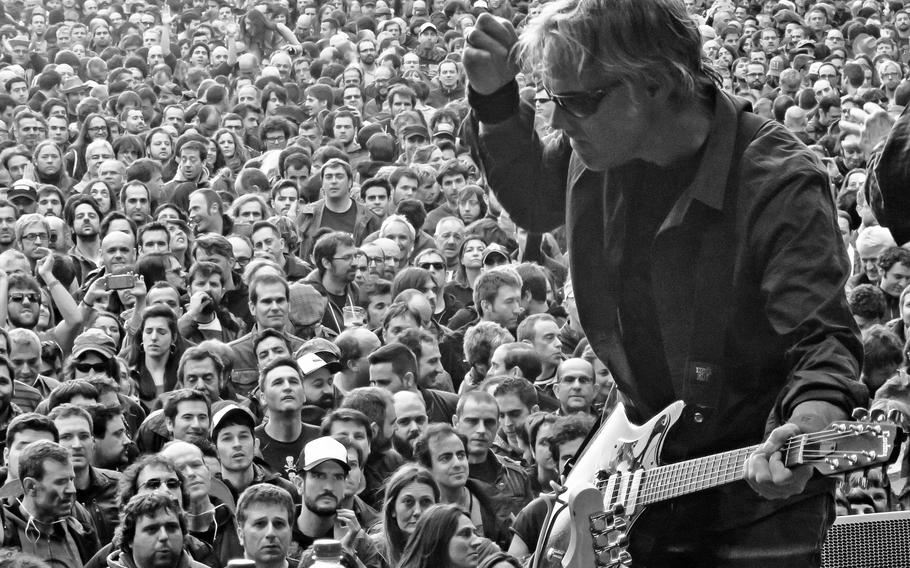 After returning to the United States, Tek joined the Navy in 1981 as a flight surgeon, flying in the back seat of F-4 Phantom jets with Marine Fighter Attack Squadrons 212 and 232 out of Kaneohe Bay, Hawaii.

His link to “Top Gun,” whose sequel, “Top Gun Maverick,” opens in theaters in May, goes back to research the filmmakers did with the Marine Corps, Tek said.

“They sent a team to our squadron and stayed with us for two weeks and took notes and photographs and spoke to us,” he said. “I interacted with them.”

Photographs of Tek from his time in service show him with flight helmets bearing his “Iceman” call sign.

It’s been an “urban myth” that the character is based on Tek, he said.

One of his old pals, Phil “Dust” Peterson, a retired Marine AH-1 Cobra helicopter pilot, was certain that Iceman was based on Tek.

“The characters seem so similar,” Peterson, 72, of Falconer, N.Y., told Stars and Stripes by phone March 3. “He was even more intense than the movie Iceman.”

However, one of the film’s screenwriters, Jack Epps Jr., told Stars and Stripes that the character isn’t based on a real person.

“No, the character was not based on any individual,” he said in a March 4 email.

Epps said he researched “Top Gun” from 1982 to 1983 at what was then called Naval Air Station Miramar, Calif. He said he flew in the backseat of an F-5 Tiger fighter and interviewed many pilots but can’t recall meeting anyone with the Iceman call sign.

“My partner (Top Gun co-writer Jim Cash) and I decided not to use any existing call signs and created original call signs,” Epps wrote. “We did not want to base characters on individuals since there could be legal rights issues.”

An exception was a tribute to the film’s technical adviser, a Navy fighter pilot Pete Pettigrew whose call sign was Viper.

“Out of respect for Pete, we named the [commanding officer] of ‘Top Gun’ Viper,” Epps said. The role was played by Tom Skerritt.

The Maverick call sign was invented to describe the character’s attributes, Epps recalled.

“Iceman was created as an opposite to the ‘rules breaking’ Maverick,” he said. “Iceman was calm, unemotional and deadly under fire. The names helped define the characters and also showed how they were so different.”

Navy and Marine aviators are given call signs on their first operational deployment, Tek said.

“They have a meeting of the call sign committee, and they give the new guys their call signs,” he said. “You can’t change it. It becomes your call sign for your career.”

Iceman refers to Tek’s failure to laugh at jokes that were repeated over and over by his comrades, he said.

“I got a reputation for not having a great sense of humor, which is wrong, because I do,” he said.

Most of his flying was routine, Tek said, but on one mission flying from Kaneohe Bay in late 1984, his F-4 Phantom was on full afterburner when an explosion rocked the jet.

“We had an engine fire, and I had my hand on the ejection handle and ready to get us both out of there,” he said. “But we went through our emergency checklist and pulled all the relative circuit breakers, and the fire went out and we were still flying.”

The Phantom had a large black hole billowing smoke in front of the engine but it limped back to base and landed safely after burning up most of its fuel, Tek said.

After leaving the Navy in 1989, the former lieutenant commander worked in emergency medicine and continued his music career. These days he’s living on Hawaii, where he grows coffee on a small farm.

“Up until COVID hit I had been doing 50 to 60 shows a year,” he said. “I’m still recording. I have a new solo album called ‘Long Before Day’ coming out that was recorded in Montana.”

“Top Gun Maverick” is a film Tek plans to see.

“Any time you get to see airplanes in a movie is good,” he said.